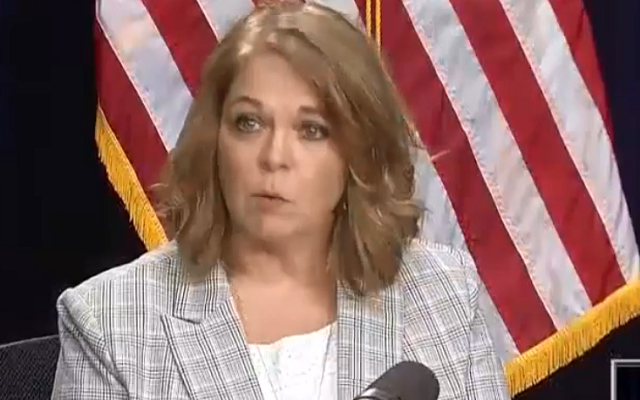 SAN ANTONIO (KTSA NEWS) – The number of confirmed COVID-19 cases in San Antonio and Bexar County has risen to 1,080.  With no additional fatalities reported Tuesday evening, the death toll remains 39.

Bexar County Judge Nelson Wolff announced that one more inmate at the Bexar County Jail has tested positive for COVID-19, bringing the total to 29.

The director of Metro Health Tuesday announced that Walmart plans to start operating a drive-thru coronavirus testing site in the city’s West Side, but she did not reveal the exact location or date for the opening.

She said they’re trying to get testing sites in areas that have fewer health facilities and lack of access to low-cost or no-cost testing availability.

“We are using the influence that we have as the public health authority here” said Metro Health Director Dawn Emerick. “They know that this is not about making a buck.  This is about making sure that our community is served.”

Earlier Tuesday, Emerick told  Bexar County Commissioners and the San Antonio City Council in separate presentations that the drive-thru testing site at Freeman Coliseum is expanding to the South Side.  Texas MedClinic is scheduled to open a COVID-19 testing site at its facility, which is in a converted bank with drive-thru lanes.

“We are in negotiations with them to actually integrate right into the Freeman  system,” said Emerick.

The site at Freeman Coliseum, which is operated by the city, Bexar County and South Texas Regional Advisory Council (STRAC), does 22 percent of the testing in our community. She says they’re still limited in the amount of testing they can do because of the lack of supplies.  They have enough swabs, but they lack an adequate number of test tubes to put them in, so they’re limiting testing at Freeman Coliseum to those who have symptoms, such as fever and a cough.

“That’s going to potentially give us 3 additional drive-thru sites with about 150 to 200 tests a day per site,” she said.

Emergency rooms and hospitals are doing most of the COVID-19 testing in our community, and more private  health facilities are testing patients.