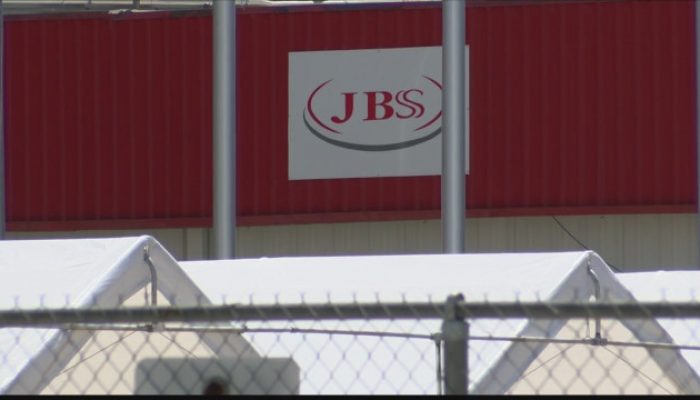 CACTUS, Texas (KAMR/KCIT) — There are 114 COVID-19 cases associated with the JBS beef processing facility in Cactus, Texas, according to the Texas Department of State Health Services (DSHS).

DSHS said not all of those cases are in Moore County. The department also said there is community spread in the area.

Local health officials are looking to large facilities, even the Texas Department of Criminal Justice Clements Unit, for potential outbreaks.

“Last week, things were looking kind of like there was a smolder happening in Amarillo,” Dr. Brian Weis, the chief medical officer at Northwest Texas Hospital, said. “I think the difference now, is our focus now is more on the situation in Moore County with JBS there and also the Texas Department of Corrections [sic].”

Both NWTH and BSA have seen an increased number of JBS and TDCJ patients in their facilities.

“Certainly we are concerned about any facility where we have close contacts with employees and large facilities that potentially could transmit the virus quickly amongst their employees, so we’re watching the scenario very carefully,” said Dr. Michael Lamanteer, the chief medical officer at BSA.

“That would include increasing the number of buses, spacing out appropriately, giving more distance between the workers, and cleaning those surfaces in the buses after each use,” Dr. Milton said.

According to state health officials, JBS initiated a meeting with the DSHS Region 1 office last week because the company wanted to make sure it was doing everything it should be doing to keep its employees safe.

DSHS said it reviewed the photos of the plant that JBS brought to that meeting and made a few suggestions, and JBS Beef invited DSHS to the plant for a tour.

DSHS said some of its staff went to the plant Wednesday, saw JBS had implemented the DSHS recommendations, and noted that the plant was following all of the best practices for an essential business to remain in operation.

We asked a JBS employee how he felt.

“Yeah, I feel pretty safe,” said Mohamed Abdalrahman, citing what he said feel like new safety measures each day, including plenty of social distancing. “I feel like they’re doing the best they can to keep the company open and but at the same time keep us safe as well.”

Moore County Judge Rowdy Rhoades said JBS is doing its part, and so should the community.

“…It doesn’t discriminate,” said Judge Rhodes, referring to COVID-19. “We have several people that I know here in town that don’t work at JBS and I think we need to take the focus on the whole community.”

DSHS told KXAN’s sister station MyHighPlains.com the plant has been assisting DSHS in epidemiological investigations by identifying close contacts of employees who test positive for COVID-19 and taking the appropriate public health action.

Health officials said the epidemiological investigations into the cases to determine the source of the infections is ongoing.