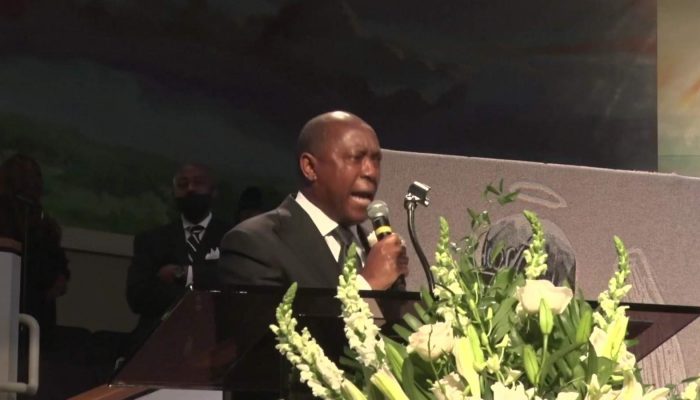 Here are things you need to know for Wednesday, June 10:

1. Mayor Turner says he will issue an executive order to ban chokeholds in Houston

As he spoke at George Floyd’s funeral Tuesday, Houston Mayor Sylvester Turner announced that he will sign an executive order that would ban chokeholds and strangleholds as tactics used by law enforcement in the city.

He went on to say the executive order will require comprehensive reporting by police officers and officers will be required to exhaust all other non-fatal options before the use of lethal force.

2. 15 powerful videos you need to see from George Floyd’s funeral in Houston

George Floyd’s death captured the attention of the world.

On Tuesday, all eyes were on Houston as Floyd was honored in a final service before he was laid to rest next to his mother.

3. Doctor: New Houston area COVID-19 metrics are cause for concern

For the first time, Texas surpassed 2,000 COVID-19 hospitalizations Tuesday with the official tally reaching 2,056, according to the Department of State Health Services.

In Houston, the Texas Medical Center, a consortium of hospitals, notes that over the last week, the average new case count per day in Harris and seven other contiguous counties stands at the second the highest ever.

The uptick appears to coincide with the “re-opening” of Texas.

4. Daughter of Astros star Ken Caminiti writes about racism she witnessed while living in Pecan Grove

23-year-old Nicole Caminiti, daughter of Astros legend Ken Caminiti, is speaking out against the racism she’s witnessed growing up in the Pecan Grove community.

In a post titled “A Message To The Pecan Grove Community” on Medium, Caminiti asked residents to educate themselves on systemic racism and work on understanding the frustrations and experiences of their black neighbors.

In the wake of Houston native George Floyd’s death in Minneapolis, many athletes are speaking up about racism.

One of the issues people are taking up are monuments, buildings, and spaces dedicated at many colleges and universities to men who owned slaves, such as John C. Calhoun. Clemson University’s honors college is named after Calhoun, and the campus was built on his plantation.

WORD OF THE DAY

THIS DAY IN HISTORY

June 10, 1752: Benjamin Franklin flies a kite during a thunderstorm and collects ambient electrical charge in a Leyden jar, enabling him to demonstrate the connection between lightning and electricity.

QUOTE OF THE DAY

“If you don’t love me, it does not matter, anyway I can love for both of us.” – Stendhal

About the Author: KPRC