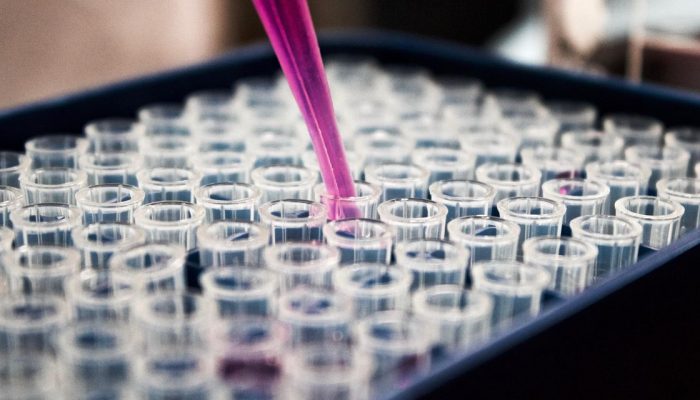 Fresh on the heels of the first data from human tests of its Covid-19 vaccine,
Moderna
sold $1.3 billion worth of stock on Monday at a price of $76 a share. That’s a fourfold rise from price where the biotech’s stock started the year, and a market value of $30 billion for a company that has yet to sell its first product.

What investors are betting on, for Moderna (ticker: MRNA) and others developing vaccines against the SARS-CoV-2 virus, is that a third of the developed world’s population will get vaccinated every year. That could amount to a $10 billion annual business, at an estimated price of $30 per vaccination. At higher prices, Covid vaccine revenue would be bigger still.

See our cover story on Covid-19 vaccines: Inside the Science and Companies Racing to Develop a Covid-19 Vaccine

In Tuesday morning trading, Moderna stock was down 5% from Monday’s close, at $76.

On a Monday conference call, Moderna CEO Stéphane Bancel said the Cambridge, Mass., company had not yet decided on a price, in the event that their mRNA-1273 vaccine proves effective in the Phase 2 and 3 trials it will run this year. He said that Moderna was thinking about what Covid-19 illness costs the health-care system.

Covid’s cost obviously goes beyond the hospital, and it’s already been gigantic. In the U.S. alone, nearly 90,000 have died in a few months’ time. The scale of the coronavirus’ impact explains why there’s such a range of estimates on Wall Street for what vaccine makers will charge.
Morgan Stanley
analysts this past weekend suggested that pricing might start at $5 to $10 a dose during this first pandemic crisis, then rise to a range of $13 to $30 for preventive doses in future years.

But at
BMO
Capital Markets, analyst George Farmer speculated that Moderna could start charging $125 per treatment in the U.S. market and raise that price over time to $200. Most of the world’s health-care systems are government-run, so Farmer’s model assumes that pricing abroad will be a fraction of America’s generous pricing.

Vaccinations will likely consist of a first shot and then a booster one month later. After clinical trials answer the first crucial question of whether vaccine candidates like Moderna’s prevent Covid in humans, the next question will be how long immunity lasts. Assuming somewhat less mutability than is the case with the flu virus, researchers are guessing that people might need a SARS-CoV-2 vaccination every few years. That’s how analysts like BMO’s Farmer arrive at a count of roughly a third of the population needing a vaccination per year.

The U.S. population could rise from about 330 million today to more than 360 million by the decade’s end, depending on a bunch of social and economic factors, such as future immigration levels. Different age groups will get vaccinated at differing rates—hopefully unimpeded by antivaccination sentiments. BMO estimates that will work out to about 30% of America’s head count getting vaccinated each year, or some 100 million treatments a year by the second half of this decade. Put a price from $30 to $130 on those numbers, and you get $3 billion to $13 billion in U.S. sales.

Global sales are harder to forecast, with prices and vaccination rates likely to vary widely throughout the developed and developing countries. BMO’s Farmer guesstimates that sales in the developed world will amount to half or two-thirds the dollar levels of the U.S. Poorer nations will only be able to chip in around 5%. Still, he sees Covid vaccines exceeding $30 billion in sales by the end of the decade. That market size emboldened him to raise his price target on Moderna stock to $112 from $83, after yesterday’s encouraging news on the first handful of patients in Moderna’s Phase 1 trial.

Even if Moderna’s vaccine becomes the first one available—perhaps this fall, for front-line workers—it won’t be the only one.
Pfizer
(PFE) and its partner
BioNTech
(BNTX) are also in the clinic with a vaccine that uses technology similar to Moderna’s. And other vaccine approaches are being tested by the likes of
Johnson & Johnson
(JNJ) and the vaccine market incumbents
Sanofi
(SNY) and
GlaxoSmithKline
(GSK).

So there will be competition for pricing and market share. That’s good for us customers, but not bad for investors in companies like Moderna. We hate to say it, but the Covid-19 outbreak may not be the last of its kind.

Write to Bill Alpert at william.alpert@barrons.com

About the Author: Bill Alpert