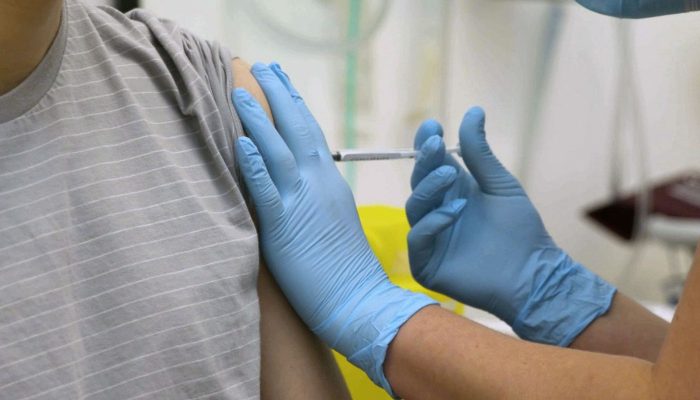 
As scientists race to fight the pandemic, working on vaccines and investigating its origins, a new study shows that the coronavirus has mutated, becoming more contagious.

Led by scientists at the Los Alamos National Laboratory, the study found that a new, more contagious strain of coronavirus has been ailing people worldwide since mid-March, The Los Angeles Times reported.

This mutated strain — one of 14 identified in the study — first appeared in Europe in February, delivers a higher viral load to COVID-19 patients than the earlier strains from Wuhan, China, although it does not seem to cause more hospitalizations.

“When viruses with this mutation enter a population, they rapidly begin to take over the local epidemic, thus they are more transmissible,” wrote Los Alamos’ study leader and computational biologist Bette Korber on Facebook, The Los Angeles Times reported. Another scientist referred to the mutation as a “classic case of Darwin evolution.”

A vendor waits for customers at a stall near a still partially closed off market due to the coronavirus outbreak in Wuhan in central China’s Hubei province on Friday, April 3, 2020.

Months into the global pandemic, scientists believe they may never identify a third species that transferred the novel coronavirus from bats to humans — the missing link. Despite popular perception, it is also unclear whether the virus was first transferred to humans in a wildlife market in Wuhan, China, the BBC reported.

“These diseases are emerging more frequently in recent years as a result of human encroachment into wild habitat and increased contact and use of wild animals by people,” Andrew Cunningham, of the Zoological Society of London, told the BBC.

The virus causing the pandemic is in dangerous company of other “spillover” disease — which transfer between different species — like, Ebola, rabies and severe acute respiratory syndrome (SARS).

Understanding the virus is key to developing a COVID-19 vaccine, an effort which is gaining traction.

Pfizer and German biotech company BioNTech have begun testing a vaccine, National Public Radio reported. The initial trials will be tested on 360 Americans and 200 Germans.

Several other vaccine trials are being conducted in America and abroad, according to the BBC, and The New York Times reported that a trial in Oxford, England, has enrolled more than 6,000 participants.

Researchers and pharmaceutical companies are manufacturing different vaccines, betting on science, in an attempt to get a head start on the production of a vaccine that could put an end to the pandemic.

About the Author: Jeff Parrott