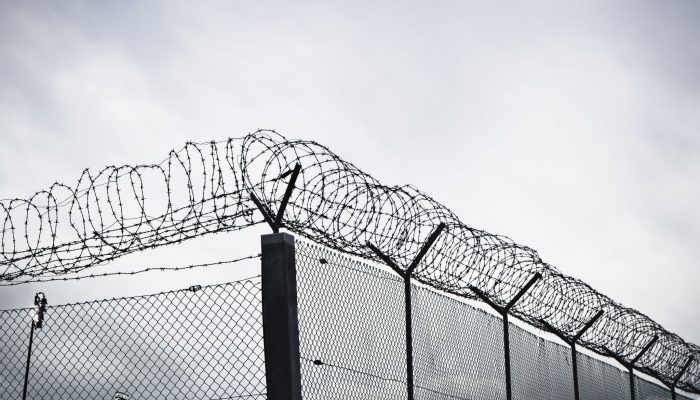 Laddy Valentine sleeps in a Texas prison dorm with 52 other inmates, all living in cubicles fewer than six feet away from eachother, he testified Thusday during a federal court hearing.

Before recent lockdowns, he and other inmates crowded gates and corridors on their way to the chow hall, despite their efforts to keep six feet apart to stave off COVID-19, he said. Inmates also sat close together on benches while waiting for available showers, according to his sworn testimony.

Porsa, who also specializes in correctional healthcare and currently serves as vice chair of the Texas Commission on Jail Standards, said prisoners are inherently more vulnerable to infectious diseases. A major outbreak in prison units can overwhelm hospitals and spark a wave of infections in the community. That’s why health experts and criminal justice advocates are pushing for early inmate releases to alleviate crowding – a measure that 22 other states have adopted in one form or another, according to the Prison Policy Initiative.

“The type of people who unfortunately end up being incarcerated are the same people who have traditionally experienced social and health disparities,” he said. “They’re indigent. They’re racial minorities. They’re uninsured or underinsured. So while there is more illness among them, at the same time they’re sicker. On top of that you have drug and alcohol issues, mental health issues.

“It becomes a perfect storm for a disease like the coronavirus to spread.”

Valentine is one of two prisoners in the Pack Unit suing the Texas Department of Criminal Justice, alleging that prison officials have not taken enough steps to prevent the spread of COVID-19 in the facility.

He has been serving time since 2011, when he was convicted of multiple aggravated sexual assault charges and one count of continuous sexual assault of a child, records show. His unit in Navasota houses prisoners over age 50 or who have pre-existing health conditions. One of two Pack Unit inmates who tested positive died April 11, and Valentine worries that his own ailments make him a prime target for infection.

“The rapid spread of (COVID-19) is my greatest concern, not just for myself but for quite a few others who are here within the unit, some in worse condition than I am,” said Valentine, who suffers from what he described as neurological issues in his lumbar and cervical areas. He also uses a walker and takes medication for his blood pressure.

The lawsuit alleges that the agency has not allowed the inmates access to hand sanitizer, as recommended by the Center’s for Disease Control. It also claims the agency has not done enough to limit gatherings, reduce movement and educate inmates on symptoms.

Attorneys for TDCJ had argued that they were following the CDC’s guidance on correctional facilities, including quarantining inmates who might be infected or test positive.

More recently, TDCJ announced complete medical lockdowns at all facilities where inmates test positive. As of Thursday, nearly 30,000 inmates in 23 prison units were under a complete lockdown, according to TDCJ.

Among other precautionary measures, the agency temporarily stopped accepting county jail transfers. It distributed cloth masks, made by prisoners, to all staff and inmates in medical restriction and medical isolation. To cut down on large gatherings, the agency staggered the times that prisoners can visit common areas, such as dining halls or day rooms.

TDCJ says it also investigates who was exposed to an infected inmate. But only a small number of tests have been administered among the roughly 145,000 prisoners statewide.

Health officials warn that without widespread testing, it’s impossible to know whether asymptomatic inmates with COVID-19 are spreading the disease, both within the prison population and in the community.

Inmates in dorm settings may not be aware they are infecting people like Valentine, who said he has not been tested. They might touch door handles or other commonly used items.

“If you have one person infected, you can infect the entire dorm before that person becomes symptomatic,” Porsa said. “In the dormitory setting, obviously it’s a lot more dangerous.”

From a community standpoint, the agency releases close to 65,000 inmates per month, according to its most recent annual statistical report from 2018. If those inmates don’t know they are infected, they could bring a wave of new cases to the community.

“It is really much like a cruise ship of infected people showing up to their doors,” said Dr. Paul Klotman, president and CEO of the Baylor College of Medicine. “This just happens to be a forgotten cruise.”

TDCJ is conducting 80 percent of its tests through UTMB Health. Dr. Owen Murray, vice president of correctional managed care at UTMB, said prison units have been “over-saturated” with thousands of test kits. Their two labs in Galveston and Huntsville have the capacity to test a combined 350 samples per day, but TDCJ testing guidelines prioritize inmates who show symptoms of the illness.

Murray said the labs have yet to reach that daily capacity.

“As you go through a pandemic, you don’t jump right to surveillance,” he told the Houston Chronicle on Thursday, referring to testing inmates who don’t show symptoms. “The thing right now is identifying people who are acutely ill who may need care beyond what we can provide at the prison. It’s really based on targeting those people who are sick.”

It’s unclear how many prisoners have been released to hospitals throughout the state. Desel said he could not provide a specific number.

Porsa warns that any major outbreak in a prison facility can quickly overwhelm intensive care units. Both he and Klotman agree that the next logical step should be releasing some inmates early.

“This is not a (criminal justice) advocacy statement, this is a healthcare statement: the best solution is to reduce the number of inmates,” Porsa said.

A group of Texas criminal justice advocates penned a list of strategies to reduce the prison population. Expediting parole reviews for medically vulnerable inmates and releasing people already approved for parole are among the recommendations.

Twenty-two states have moved to reduce their prison populations, including Oklahoma, Iowa and Georgia, according to the Prison Policy Initiative, a nonprofit focused on educating people about mass incarceration. According to State Sen. John Whitmire, chair of the Senate Criminal Justice Committee, that’s a longshot in Texas.

“I’ve actually worked in that direction,” he said “I personally have tried to identify a population that should be considered, but the problem is elections matter. We unfortunately work in a political setting, and Governor Abbott doesn’t agree with the (criminal justice advocates).”

Abbott’s office did not respond to requests for comment.

At the federal level, a lawyer simply needs approval from the trial judge. In Texas, outside of the governor commuting a sentence, lawyers seeking early release for their clients can either argue in front of the Texas Board of Pardons and Paroles or push to get the case in front of Texas’ Court of Criminal Appeals.

Both of those options take months of work, he said.

“The system that was built on the judicial side is not equipped to deal with this crisis,” Schaffer said “These prisons are going to turn into houses on fire with the doors locked and people burning up inside.”