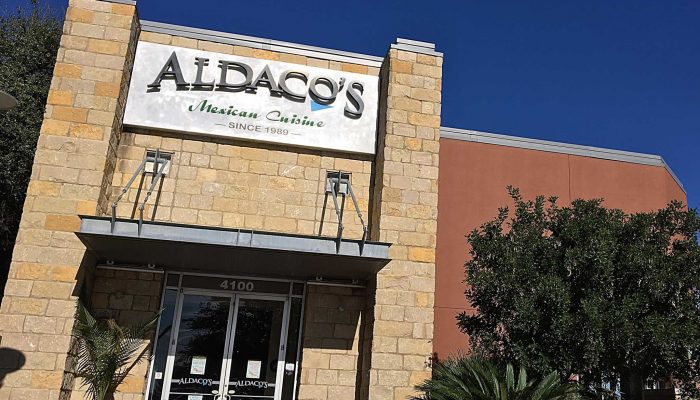 A “strike force” assembled by Gov. Greg Abbott to reopen Texas could trample the best-laid plans of local officials to restart the economy safely — and there’s very little that city and county leaders can do about it.

After hearing from a group of medical experts and business executives on his “Strike Force to Open Texas,” Abbott will make an announcement on Monday that he said will reopen “massive amounts” of businesses in the state, including restaurants and hair salons that have been shuttered since he issued a statewide stay-at-home order March 31 to limit the spread of the coronavirus.

Mayor Ron Nirenberg and Bexar County Judge Nelson Wolff had ordered the closure of such businesses a week earlier, on March 25. Nirenberg and Wolff have since tasked a separate coalition of local medical experts and business leaders to carefully weigh how and when to begin reopening sectors of the battered economy.

As unemployment claims and cases of infection by the virus continue to mount here, the local COVID-19 health and economic transition teams are working together on a series of recommendations. The health committee will present its findings next week, and the economic panel will do so the week of May 4.

That timeline is too slow for the governor’s strike force.

Abbott said he would give businesses a week to reopen after his Monday announcement. Any openings, he said, would be gradual and “very safe,” but it was unclear what safeguards he would require.

Any order from the governor would supersede local declarations.

“Number one, the governor is the top dog, and what he decides, that’s what will happen,” Wolff said. “Our role might be dependent on his order — what are the safeguards you put in place while you do all these things. He may leave that to us, but we’ll have to wait to see what his order says.”

Nirenberg joined a conference call Friday with about 25 other Texas mayors about Abbott’s pending decision.

“We’re all sort of in a wait-and-see, preparing-for-every-scenario position,” Nirenberg said. “We’re hoping that there’s latitude in the governor’s order that we’re not forced into a situation that our health officials think is premature.”

The mayor added that there was “palpable frustration” among city and county leaders about the shortage of testing for the virus in Texas. On Friday, public and private labs had conducted a total of 16,712 tests in Bexar County, which has a population of just over 2 million.

“Before we can do that (adequately test), we’re asking our communities to bear an unreasonable level of risk,” Nirenberg said.

Asked how much testing would be enough to reopen safely, the mayor said, “That is one of the great questions of why we formed the health transition team.”

More than 71,000 people filed for unemployment in Bexar County between March 15 and April 11, and the city is facing a $180 million shortfall from falling retail sales and hotel room bookings as well as event cancellations at the Convention Center and Alamodome.

Nirenberg wants to see a 14-day drop in new coronavirus cases here before reopening, a standard also urged by the Trump administration. On Friday, Abbott claimed in a KSAT-12 interview that cases here are declining.

“The studies I’ve seen is that Bexar County has reached its peak,” the governor said.

But a model used by the city says that cases here have yet to peak. Oliver Wyman, an international management consulting firm, projects a peak of 1,308 cases here on May 4.

On Friday, Bexar County had recorded a total of 1,195 cases since the outbreak began — up 28 from the day before. Forty-three people had died since the first local case was reported March 13.

Texas was reporting a total of 22,806 cases of coronavirus and 593 deaths from the disease. Assuming social distancing continues through May, the Institute for Health Metrics is projecting that the state’s peak in deaths occurred on Friday.

After June 8, “relaxing social distancing may be possible,” the institute says, “with containment strategies that include testing, contact tracing, isolation, and limiting gathering size.” It was unclear how Abbott’s push to reopen would affect that projection.

On Friday, Blanca Aldaco was waiting on Abbott’s announcement — “anxiously waiting,” she said.

On one hand, the owner of Aldaco’s Mexican Cuisine, a popular North Side eatery, wants to welcome her customers back inside. Forced to shutter last month, she switched to curbside takeout: an emergency business model that cut her sales in half and forced her to lay off 42 of her 62 employees.

But the virus, a highly contagious and still poorly understood scourge, is giving the seasoned restaurateur serious pause.

Before the pandemic, Aldaco’s could squeeze 280 customers inside. To abide by social distancing rules, the restaurant would have to limit its capacity to about 100, she said. This would also restrict the number of employees she could rehire.

“We’ve been in touch with our staff to find out if they’re interested or not,” Aldaco said. “Some people are moving on, some people are saying this is too much. Eighty percent are interested in coming back. Can we have all of them at once? No. I can’t bring a full kitchen back on 100 people at once.”

Jody Newman, owner of The Friendly Spot Ice House and a member of the economic transition team, said restaurants are uniquely poised to adapt to new mandates imposed in the coronavirus era.

“We are a highly regulated industry to begin with,” she said. “And we’re used to answering to municipalities, health districts, the state.”

Newman added, “We’re going to have to be able to work within the confines of the governor.”

Julissa Carielo, president of Tejas Premier Building Construction and co-chair of the economic transition team, said she will be looking to Abbott to offer leadership on Monday.

Bexar County Commissioner Chico Rodriguez, the county’s liaison on the economic transition team, said he is “scared” the local health crisis is not yet under control — particularly when he hears from his daughter, a nurse at Brooke Army Medical Center who has treated COVID-19 patients.

About the Author: By Brian Chasnoff, Staff writer