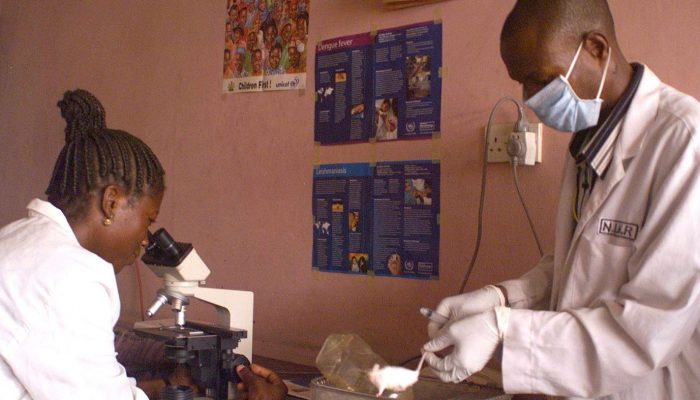 
The search for a Covid-19 vaccine has sparked international media controversy and negative sentiment around the potential harm of people taking part in clinical trials once the research enters its human testing phase.

A wave of anger was ignited when two top French doctors said on live TV that coronavirus vaccines should be tested on poor Africans. The doctors later apologized for suggesting that Covid-19 vaccine trials should be carried out on a continent where the people were largely impoverished, with limited resources, and unable to protect themselves.

The statements made by Camille Locht and Jean-Paul Mira fed into a world already fissured by deep-rooted racial and economic discrimination.

Stigmatization and discrimination in previously colonized African countries swung into focus, resulting in research becoming the target of populist rhetoric. Didier Drogba, a retired footballer, raised the issue that African people should not be used as guinea pigs in a testing lab. Samuel Eto’o, another retired footballer, called the doctors “murderers”.

The comments also resulted in the launch of a social media initiative in the form of a Change.org petition to stop coronavirus trials in Africa. The reasoning was that “Africa and developing countries have been testing grounds of large pharmaceutical companies” using the poor as the “guinea pigs of the wealthy”.

To refuse inclusion in global clinical trials would prevent Africa’s researchers from being significant players in the universal fight against the virus.

Not unlike fake news, the resultant outcome of the doctor’s racist comments was worldwide misinformation. Modern day research and clinical trials are highly regulated. In a Covid-19 world, scientific activity to develop a vaccine for global use is under careful scrutiny. Short of finding a cure, a vaccine is the only viable means to manage the devastating future outcome of the disease. A vaccine will need to be tested, and the world is watching. The doctors’ racism, however, unequivocally reminded the African continent of past medical discrimination at the hands of European countries. The result was a gratuitous attack on scientific research.

Finding a vaccine for Covid-19 is a worldwide medical emergency, necessary to prevent the death of millions of people. Should Africa participate in a global clinical trial? Absolutely. To refuse inclusion would prevent Africa’s researchers from being significant players in the universal fight against the virus.

The extreme reaction from Africa was not entirely without merit. There are countries on the continent where vaccines and medical research are viewed with suspicion, and where both have been linked to activities, in the name of medicine, which were carried out in a grossly unethical manner.

During a meningitis outbreak in Nigeria, pharmaceutical company Pfizer tested Trovan, an experimental antibiotic drug, on 200 children without proper consent. In Malawi, during an AZT trial, in spite of there being alternative treatment available, a placebo was given to pregnant women enrolled on the trial. There is an ethical standard in research where a placebo, a substance which is of no therapeutic benefit, may not be given when investigating the efficacy of a new drug or drug regimen in cases where there is appropriate treatment available.

The legacy of this is that some people are afraid of being infected with diseases by vaccination.

That medical research and medicine were involved in historical abuse cannot be argued, but clinical trials in the 21st century look very different.

Globalization in the past decade has shifted the trend in research activity from being done in developed countries to include trials in low- and middle-income countries.

Fears that countries may not have the institutional capacity to carry out research to the same ethical standards as their western counterparts have disappeared. Instead global health research partnerships have sprung up across continents. This has led to increased collaboration between European and African research organizations.

Research which takes place in Africa is predominantly funded by northern sponsors, with national academics and clinicians partnering in the research process. This has had a balancing effect – sponsored projects assist African research institutions to acquire funding for their own projects, to facilitate publishing of results, and to upscale research knowledge.

The ethical frameworks of these trials are stringent. International research organizations provide oversight to ensure that participants are protected.

Research carries risk, which is why there are international codes which protect participants. Each country has national legislation and standards to ensure that research is carried out ethically. This means that:

No person can be enrolled in a clinical trial without first giving their informed consent. To give informed consent, the potential participant must have the entire process of the project explained to them. This includes all of the possible risks and harms, as well as the expected outcomes. This must be done in a language and at a level that the participant is able to understand.Participants may not be enrolled without being given the opportunity to leave the project at any time.A participant’s personal information must be confidential, and the researcher may not use the participant’s information if the person has withdrawn.There are agencies where the participant can lay a formal complaint.All participants must be followed up after involvement in a research project, and there must be a plan in place to assist any participant who requires additional care arising from the trial.Covid-19 trials

Covid-19 medication trials are taking place around the world. In Asia 1000 participants have already been recruited in to test Remdesivir, a drug developed by an American pharmaceutical company, Gilead. In the US the first trials of a vaccine are being run on 45 healthy participants.

Legitimate medical research activities are important to ensure that pandemics like the Covid-19 tragedy can be managed. Should Africa not be involved in the fight, it will be an indictment against medical research’s basic foundation – to allow people to choose to be part of the solution or to refuse on informed and valid grounds. The alternative is to sit idly by, as part of the global furniture waiting to be saved.

This article is republished from The Conversation under a Creative Commons license. Read the original article.

Sign up to the Quartz Africa Weekly Brief here for news and analysis on African business, tech and innovation in your inbox

About the Author: Gale Ure