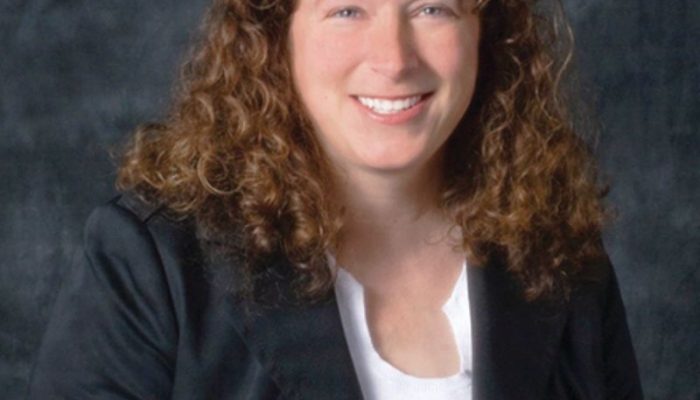 
Akron entrepreneur Victoria Tifft hopes one of her companies can help with the COVID-19 crisis by conducting clinical vaccine trials in Africa.

Tifft, a partner in Akron’s Fusion Ventures Fund, has a long history in clinical trials and disease research. Prior to 2018, she spent 26 years as CEO of Clinical Research Management in Medina, which worked on Ebola research in Africa. She’s also a co-founder and co-owner of ACE Research, a clinical trials company in Kenya, where she also serves as strategic adviser.

ACE — which doesn’t make vaccines, only tests them — is vying to perform clinical trials for new coronavirus vaccines in Africa, said Tifft and ACE’s chief medical officer, Dr. Amos Ndhere, also a co-owner of the company.

The two said ACE is well positioned to do the trials in sub-Saharan Africa, where the company already established a network of clinicians and racked up experience with other diseases.

“There are a lot of clinical developments in the areas of infectious diseases in Africa … malaria, HIV and TB and most recently in these public health emergencies like Ebola. We’ve done quite a bit of work with Ebola,” Ndhere said.

Africa is becoming a hot spot for clinical trials, Ndhere added, because the continent is affected by many infectious diseases and health workers have built good reputations with local communities, which participate in trials because they realize the benefit to their people as well as the world.

Some of the trials are quite large, he said, adding that ACE is currently in the midst of recruiting 150,000 participants for a non-coronavirus vaccine and has so far recruited 50,000.

Such work has an immediate impact in Africa, especially for diseases still confined to the continent, but it also holds benefits for all of mankind, Tifft said.

“Ebola is a great example of that,” she said. “It’s something that could spread and be a public health threat elsewhere. The world is very interconnected and becoming smaller, and a problem in one small region of the world can quickly become a global public health threat.”

In Africa, Ndhere said, ACE plans to leverage the networks and systems it’s built to combat Ebola in the fight against COVID-19.

“We’ve identified a group of sites and investigators that would be interested in participating in COVID research. We have transferred a lot of the readiness we developed for Ebola to be used for COVID,” he said.

ACE had been planning to expand into the U.S., but COVID-19 has put that on hold for now because of the amount of work the company thinks it will generate in Africa.

“We found ourselves immediately in conversations with customers around the world once it became apparent this was a global pandemic. … That’s kind of consumed us for the past couple of months,” Tifft said.

It’s still too soon for ACE to begin work on COVID-19, she added, as vaccines for the disease are not yet ready for large-scale clinical trials like those ACE conducts in Africa.

“We are closely looking at the products in the pipeline for vaccine development. For sure, we are hopeful, and we think a vaccine will be developed that will have efficacy and adequate safety. I think the question is an issue of timelines,” she said.

Others think she’s likely right in thinking that a vaccine will come. While the virus that causes COVID-19 is a novel virus, coronaviruses are not, said Dr. Hazel Barton, a biology professor at the University of Akron who specializes in immunology and microbiology.

Barton said she thinks that in a worst-case scenario, COVID-19 will require a constantly evolving vaccine, similar to the vaccine for the flu. But coronaviruses are fairly well understood, she said, so a vaccine should be within reach.

“There’s no reason to think we can’t come up with a vaccine for the coronavirus,” Barton said.

That opinion is largely shared by Dr. Robert Salata, chairman of the Department of Medicine at Case Western Reserve University as well as physician-in-chief and an infectious disease expert at University Hospitals in Cleveland. He’s also been heavily involved in clinical trials in Africa and has worked with ACE on Ebola there.

“The sophistication of the research in Africa has really accelerated,” Salata said, “and they have as much to learn from us as we do from them.”

He said ACE is likely well placed to work on COVID-19 in Africa if and when a vaccine is ready for large-scale trials. He’s also hopeful that will happen soon.

“I’m cautiously optimistic, yes, but that remains to be seen,” Salata said.

About the Author: Crain's Cleveland Business