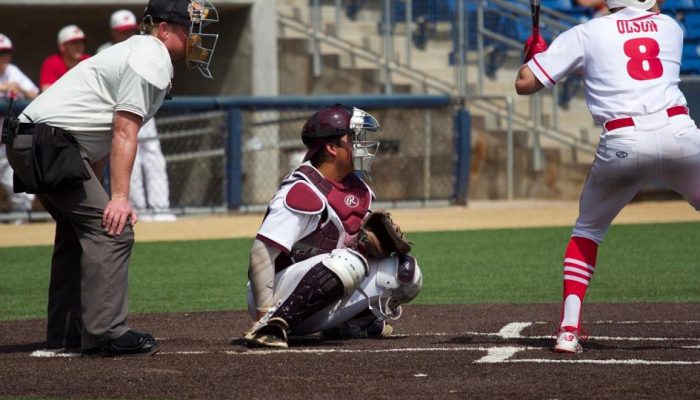 
A global pandemic cannot keep the Texas A&M club baseball team from remaining hopeful for a shot at the World Series that remains scheduled for the last week of May.

The National Club Baseball Association has yet to cancel the World Series after putting the regular season on hold March 12.

Prior to Spring Break, team members were looking forward to playing the University of Texas on the road at the end of March to secure a chance at the World Series. Instead, they found out they had played their last game on March 1 against Texas State as A&M canceled all intercollegiate sporting events due to COVID-19.

According to its statement, the NCBA will not postpone any games because the rented facilities that the teams currently use lack alternate availability for the near future. The decision to allow teams to play in previously scheduled games is currently left up to the state and universities, according to the NCBA.

“As of right now, the NCBA is looking to finish the season whenever that is possible,” A&M club baseball President Dalton Warren said. “They plan to treat it as whoever is still allowed to play will compete if possible.”

Although the NCBA has yet to officially cancel games, A&M has canceled all intercollegiate competitions, including club baseball, as of March 20, according to the Texas A&M Today website.

Warren said the most disappointing thing is that all the progress the team had made up until this point has now gone to waste.

“I believe we had — and maybe still have — a real shot at winning the World Series this year,” Warren said. “My hopes are that the club would continue to get better not only on the field but from an operational standpoint also.”

Not only was a chance at the World Series riding on the canceled game against Texas, there is a more personal relationship between the two teams, said pitcher Hunter Smith. Smith said a win in Austin would have been a heartfelt win because of the long-time rivalry between the Aggies and the Longhorns.

Having to cancel the Texas game, as well as the remainder of the regular season, was disappointing for the seniors on the team, said Warren. Although the team may not play again together in a game, he said they still hope to meet up in the summer to play catch and hit.

“I hope that we are given the opportunity to play again so that I would know when my last game would be,” said Warren.

If not allowed to compete in playoffs, the team will have played its last game together against Texas State and held their last practice on March 3, said Warren.

“I feel overwhelmed with emotions at the possibility of not being able to play another game with the team,” said Warren. “This team has meant so much to me in my four years of being a part of it.”

About the Author: Brittany Herolt