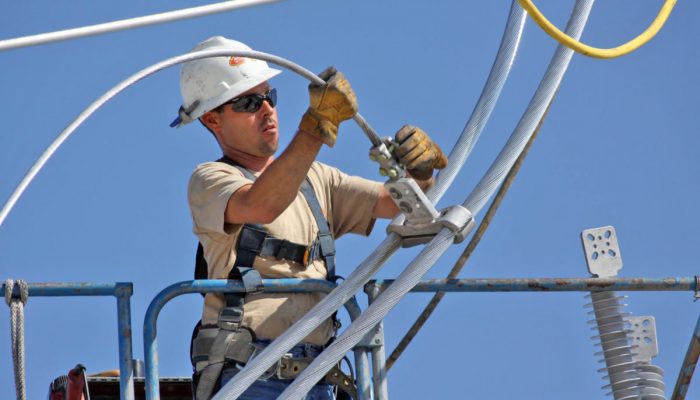 
Significant spikes in air conditioner usage during the first hot days of Austin Texas’ stay-at-home orders have signaled that this upcoming summer may be one where electric demand meets record, worrisome, levels.

Air conditioner usage jumped notably on hot days after stay-at-home orders were introduced in Austin, Texas, signaling that additional Covid-19-related load shape shifts might be in the cards if shelter-in-place orders are in effect this summer.

“We had a few really hot days [in late March and April] where Texas was warning us that the summer is coming,” said Scott Hinson, chief technology officer at the clean energy research firm, Pecan Street. On these days, air conditioning was driving the home load in Austin’s Mueller neighborhood, he added.

Pecan Street has been monitoring electricity use and solar generation from homes in this neighborhood to see how the Covid-19 stay-at-home orders changed participants’ energy profiles and to get a sense for what homeowners and grid operators can expect heading into summer.

Overall, during stay-at-home orders in March and April, Austin’s Mueller neighborhood showed a 20-30% increase in energy use and up to a 40% increase during peak periods of the day because of discretionary demand.

Although individual homes experienced brief periods of negative demand and sent power back to the grid, Pecan Street found that, on average, solar homes in this neighborhood were using most of the electricity that they generated during the day.

“People were taking the stay-at-home orders seriously,” Hinson said. On one day during the 62-day period that Pecan Street studied, EV charging in the Mueller neighborhood was down more than 80% from its historic average. The data also showed that the time of day that EV owners charge their cars shifted during the stay-at-home order, with nighttime charging becoming less common.

To account for Covid-19 economic impacts, ERCOT last week lowered its peak load forecast for this summer to 75,200 MW. However, ERCOT’s new summer seasonal assessment for resource adequacy is still higher than the grid operator’s all-time peak demand record of 74,820 MW, which was set on August 12, 2019.

Confident that Texas will still be hot this summer

Last week the grid operator also said that the ERCOT region will likely experience record electric use this summer, driven by summer heat. “There is a lot of uncertainty in today’s world, but we are confident that Texas will still be hot this summer,” ERCOT President and CEO Bill Magness said.

According to Pecan Street, 80% of its volunteer homeowner participants were running their air conditioners between 4 p.m and 6 p.m. last August. This is noteworthy because when stay-at-home orders came into effect in effect in March and April home air conditioner use popped up. “What this tells me is that we are asking our air conditioners to make the inside of our homes comfortable because we are there and we are noticing it at times when we normally wouldn’t,” Hinson said.

How this behavioral shift might translate into summertime use is tough to model. There is an increase in discretionary use, and if Austin still has shelter-in-place orders in effect or if it has to go a strict shelter-in-place this summer because of a rebound in Covid-19 cases, load shape is probably going to shift a little bit, Hinson said. Even if air conditioner usage can’t double, it can go up to a level where resource managers might start to worry.

In its release last week, ERCOT said that it anticipates that there will be sufficient generation to meet the expected demand under normal/expected operating conditions, but that extreme weather, low wind and higher-than-normal generation outages may result in the need to declare energy emergence alerts.

According to Hinson, one of big takeaways from the Mueller neighborhood’s recent energy experience is that people were quick to adapt and change. “If I look at the days before the shelter-in-place versus the days after the shelter-in-place, those [energy curve changes show] drastic behavioral changes that happened very quickly, and [the patterns] seem to be holding,” he said.

About the Author: Jean Haggerty