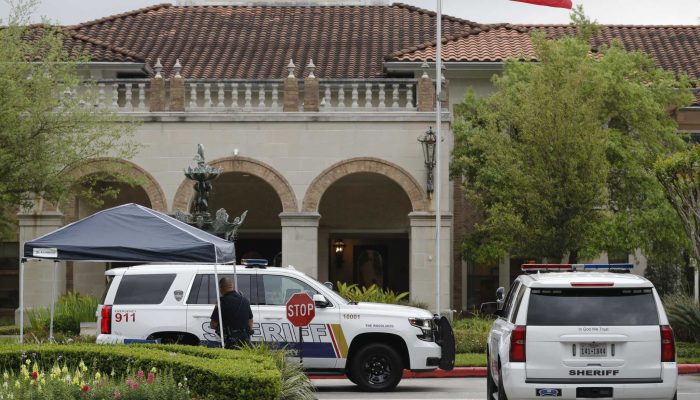 Houston-area health agencies on Monday detailed plans to ramp up COVID-19 testing as they prepare for a partial reopening of the economy, focusing several new efforts on nursing homes and areas with majority-minority populations, communities that have been disproportionately affected by the virus.

“Folks are like sitting ducks right now and we can’t allow that,” Harris County Judge Lina Hidalgo said during a news conference, referencing elderly care facilities “We’re not going to allow that anymore.”

As part of one initiative that begins on Tuesday, Harris County Public Health will deploy a “strike team” to test for COVID-19 at nursing homes and other congregate facilities. For now, epidemiologists, social workers and clinicians will only able to visit one nursing home per day until more resources become available.

“It’s absolutely critical for us that we do everything we can for those who are most at risk,” Shah said. “Certainly seniors, those with underlying medical conditions, rise to the top.”

Hidalgo echoed the need, referencing reports that link high percentages of COVID-19 deaths in Texas to congregate care facilities. A recent Chronicle analysis showed that 22 percent of deaths related to COVID-19 as of mid-April were connected to nursing homes, with another 8 percent tied to assisted-living facilities, which provide a less-intensive level of care.

In addition to testing residents and staff, the strike team – also called the Multi-Disciplinary Team – will assess the sites and make recommendations or issue orders to ensure best practices during the pandemic, Hidalgo said. Facilities visited will be prioritized by locations which already have cases and are at higher risk of outbreak.

The county’s initiative begins more than three weeks after Galveston County launched a similar plan, which was prompted by an outbreak of 83 coronavirus cases in one Texas City nursing home.

Harris and its surrounding counties have already grappled with concentrated case numbers at congregate care facilities. Galveston County announced more widespread testing of its nursing homes after its outbreak, but is still relying on facilities to self-report their cases before dispatching resources.

Another spate of positive cases at the Conservatory at Alden Bridge senior apartments has already resulted in four deaths. And most recently, 34 residents and staffers tested positive for the virus at the LaPorte Healthcare Center assisted-living facility in Harris County.

Health officials continued to place an emphasis on the need for increased testing as they anticipated a decision from Gov. Greg Abbott, who later issued the first step in his plan to restart the economy.

Future UMMC sites will be selected in the same manner, city officials said.

U.S. Rep. Sylvia Garcia said the testing site is located in her congressional district, which is predominantly Latino. Many residents, she said, do not have health insurance. Councilman Robert Gallegos urged undocumented residents to come to the stadium to be tested.

Public health experts have said testing is vital to preventing new outbreaks as states begin rolling back restrictions. Hours before Abbott announced that most businesses could reopen at limited capacity as soon as Friday, UMMC’s top doctor expressed worry that loosening stay-at-home orders could have grave implications, even to those who had previously tested negative.

“People are going to think that because they are going out now, to work, we’re free and can have parties,” Dr. Joseph Varon said. “Make no mistake. Coronavirus is here to stay for awhile.”

The latest testing site at Barnett Stadium is not city-operated but is receiving financial backing from Houston through federal testing funds from the CARES Act. Mayor Sylvester Turner has also pledged the use of Houston Police Department officers for security.

Hidalgo also announced plans to double its mobile testing sites to four locations — meaning a potential 1,600 people could be tested each day at county facilities.

The county already has two fixed sites – one in Katy and another in Baytown — that each test 500 people per day. The existing two mobile sites can each service 150 people per day and will be in Tomball and southeast Houston on Monday and Wednesday, and in southwest Houston and Crosby from Thursday to Saturday.

The two new mobile sites’ first locations have yet to be announced.

In Fort Bend County, officials there started the week by opening a second site in Sugar Land — without elaborating where it would be housed — addition to its testing facility at the county fairgrounds in Rosenberg.

The testing site at Woodforest Stadium in Shenandoah was the first government-led testing site in Montgomery County since health officials expressed concerns on their lack of testing supplies. The site opened for one day only with enough tests for up to 200 people that day.

About the Author: By Samantha Ketterer and Nicole Hensley, Staff writers