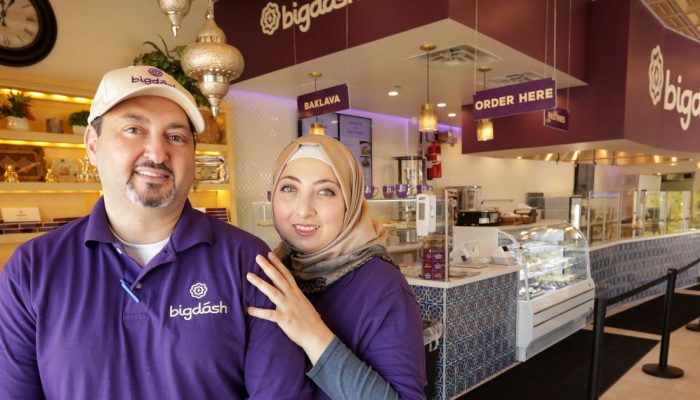 During a typical Ramadan in North Texas, teens visit IHOP with friends before the fast begins at sunrise. Families prepare elaborate meals for guests to break the fast at sunset. Congregants gather in prayer each night for taraweeh, a special nightly prayer.

That’s because Ramadan, which starts Thursday night and runs through May 23, is both a time to worship and a time to build community. But during the COVID-19 crisis, shelter-in-place and social distancing orders are expected to span the entire month.

That worries many local Muslims, including Imam AbdelRahman Murphy. “What’s my Ramadan going to be like without those really uplifting moments of community?” he said. “It’s a big question that everyone probably has right now.”

Murphy, an instructor at Qalam Seminary, runs a community space in Dallas with spiritual, social and educational programming. He might also be considered the unofficial chaplain of the University of Texas at Dallas.

Despite sheltering in place, Murphy and his wife will likely find a way to keep some traditions. They’ll put up twinkling lights in their house. They’ll eat special foods like dates. And Murphy will go online to engage with students, professionals and families.

“Every moment of every day, you can’t forget it’s Ramadan,” he said. “And that’s really what I love — [the] culture that it brings into every single home.”

Most imams plan to live-stream Quranic recitation, normally presented at night prayers during Ramadan, and lectures about Islam.

Amira Hopovac, who lives in Garland with her family, wonders how to explain changes this year to her three kids. During a typical Ramadan, she and her husband Denis break the fast with members of different ethnic and faith communities. “We get together for iftars [dinners] like a community,” she said. “We get together and everyone makes a dish, one salty, one sweet. And each family brings it, and then we have iftar together.”

“It’s beautiful to see and to feel at home no matter where you go,” said Denis, “and [the gatherings at the mosques] provide an opportunity… No matter where you’re from, it feels like home.”

Amira Hopovac (left) and husband Denis Hopovac pose for a photo outside of their home on April 11, 2020 in Garland. The COVID-19 pandemic will alter the way many families observe Ramadan. (Juan Figueroa/ The Dallas Morning News)(Juan Figueroa / Staff Photographer)

Amira and Denis came to the U.S. as refugees. Denis’ family escaped civil war in Bosnia-Herzegovina, where military forces carried out ethnic cleansing against Muslims, and his father was put in a concentration camp. Amira fled similar violence in Croatia.

Denis said that he hopes people use the pandemic as an opportunity to reevaluate what is important in life and contribute to the greater good. “I hope our ummah [Muslim community] is aware, and wakes up a little bit after this,” he said. “That we come back to the oneness and beauty of Allah and the community, and just be thankful for being here, being alive, and being able to fast another Ramadan.”

A time to reflect

For many religious leaders, Ramadan offers an opportunity to retreat to a metaphorical cave. While the “cave” can be interpreted as one’s home, it also holds religious significance for Muslims, who believe the Quran was first revealed to Prophet Muhammad in the cave of Hira.

Imam Khalid Shaheed of Dallas Masjid Al-Islam hopes that Muslims use time in their “caves” to grow closer to God and listen to their souls. Quarantine has “taken us out of the rat race, and we’re in retreat, in our caves, in our houses,” Shaheed said. “It enables us to slow down some… You might even say Ramadan is built for times like this.”

Aisha U-Kiu, an attorney based in Irving, and her mother Surriya both plan to use this Ramadan to read more of the Quran. During the pandemic, Aisha moved to Hurst to look after her mother. While they both said they will miss the community aspect of the holy month, Surriya is grateful that Aisha is with her.

Surriya encourages her kids to read the entire Quran between them. Aisha said this may be the year she follows through. “My mom… challenged me and my sisters, for each of us to read 10 juz (chapters),” she said.

“So I’ll make sure they should finish in the month of Ramadan, especially because right now everyone’s in quarantine, they’re in the house, so they have to make sure that they accomplish this goal,” Surriya said.

Surriya intends to take advantage of the extra blessings granted during Ramadan. “Our Prophet Muhammad, peace be upon him, he said that whatever is prayed for at that time of breaking the fast is granted and never refused. So in that situation, I’m just praying to God that we should find a vaccine as soon as possible,” she said.

Beneficial for nonprofits and businesses

Ramadan is typically beneficial for Muslim nonprofits and businesses. Nonprofits advertise their needs during taraweeh and Friday prayer, and businesses profit from the additional socializing.

For Kareem Alrefaai and Asmaa Khattab, who own Bigdash, an Arabic ice cream and pastries shop with branches in Richardson and Frisco, Ramadan is one of their busiest times of the year. It’s not uncommon to have several people buy sweets for the same community event.

“In Ramadan, they love to eat more sweets and they have their own gatherings,” Alrefaai said. “It’s either, they’re going to see somebody, or somebody’s coming to their house, to enjoy breaking their fast together when it’s time.” He’s worried that decreased socializing could have an impact on his business, though he and his wife remain hopeful.

To Hala Halabi, director of Islamic Circle of North America Relief USA’s refugee program, social distancing orders are sheer “disaster” for the communities she serves — but necessary to keep everyone safe. Halabi, who also oversees a local transitional home for women, estimates that 50 to 60 percent of ICNA Relief’s funds come during Ramadan.

Halabi understands that many potential donors have reduced income, or have been laid off. Still, she described all the people depending on her organization for support. That has increased with the crisis. ICNA Relief provides food and services for refugees and shelter for women experiencing homelessness. Halabi doesn’t want to let down her clients.

“It’s not possible for me to tell the sister with her kids that we have no place [for them] to go,” she said. She hopes that, during the crisis, there are other methods of fundraising, including telethons, social media and one-on-one phone calls with donors.

“It is tough,” she said. “But at the same time, we need to tell the community that there are tons of people depending on us. We’re doing our best.”