Home Texas Community Talk As Some Businesses Reopen, Who is Enforcing the Rules? – NBC 5 Dallas-Fort Worth 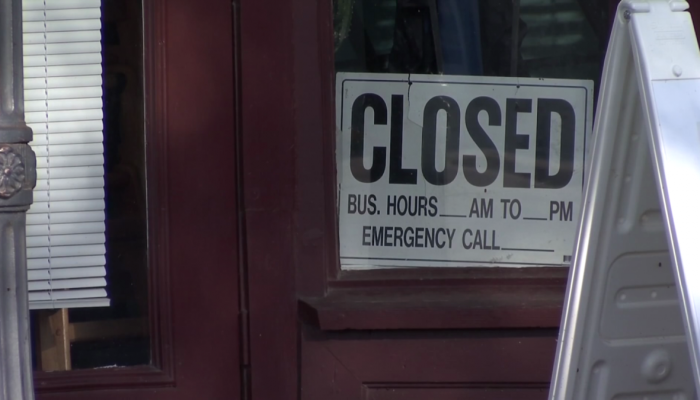 Dine-in restaurants, malls, movie theaters and libraries will be allowed to welcome people inside, but only at 25% capacity. Counties with five or fewer cases can reopen businesses at 50% capacity.

Governor Abbott has said his executive order carries a punishment of up to a $1,000 fine or 180 days in jail. Though, code enforcement departments of many North Texas cities say they don’t expect a major shift in enforcement, saying most businesses have already followed the rules when stay at home orders were in place.

Elmer DePaula, Fort Worth Assistant Director of Code Compliance, says the city has handed out only a handful of citations during the pandemic.

“When you think about the thousands of businesses that exist in the City of Fort Worth, that’s minuscule,” said DePaula.

“We like to work with our businesses, we like the idea of building relationships with them of them, understanding what the guidelines are,” DePaula explained. “We usually go out and educate, inform them of the rules or the guidelines. By and large, they are compliant.”

The City of Dallas also reports high level of voluntary compliance – pointing to the majority of the 4,946 COVID-19 Notices of Violation resulting in no ticket. Out of the nearly five thousand notices, 14 required a citation.

The data was shared with members of the Council Ad Hoc Committee on COVID-19 Human and Social Recovery and Assistance on Thursday. Assistant City Manager Jon Fortune told the committee most of the city’s energy, moving forward, would focus on proactive education.

The City of Plano told NBC 5 that it also expects cooperation.

According to the city, “We want our businesses review the Governor’s directives in the Open Texas document. Our community needs compliance by citizens and businesses in order to make sure we stay safe.”

There is at least one example of a business not complying. The owner of Salon A La Mode in Dallas has been ordered by a county judge to close. The city cited the owner for violating the order. Dallas says if a business refuses to follow the emergency regulations even after a progressive level of enforcement that includes a citation, the city may file a lawsuit.

Salons are not among the businesses allowed to open in the first phase of the governor’s reopening plan.

According to the governor, another phase of business re-openings could start on May 18, provided there isn’t a sudden flare up in COVID-19 cases during phase one.

Bob Sinnott, owner of Toasted Coffee + Kitchen, intends to reopen the dining area of his Dallas restaurant Friday with plans to reopen the Fort Worth location on Saturday.

Sinnott says he has studied the rules laid out by the governor, including a rule requiring parties are seated six feet apart and the business can not operate at full capacity.

“We know what our fire code occupancy max is and we’re going to have someone at the front of the restaurant counting,” Sinnott told NBC 5.

If the restaurant hits 25% occupancy, customers will be invited to carry out food. The restaurant’s curbside service will continue to be available, according to Sinnott.

“We want customers to feel safe, so that’s our biggest incentive for following the rules, penalty or not,” Sinnott added.