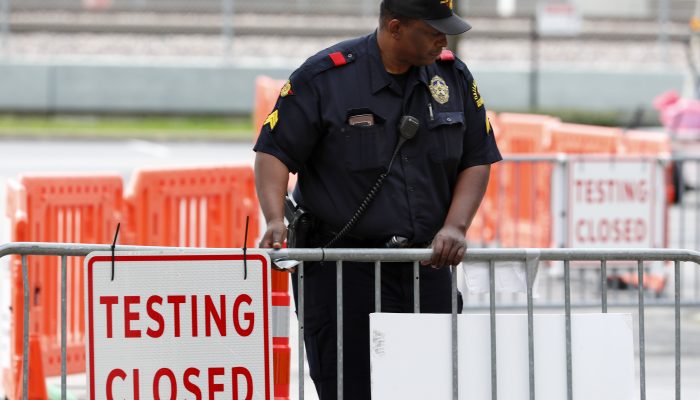 Texas state parks reopened this morning – albeit with some limitations, and retail stores can re-open Friday for delivery and pickup orders. These are the first steps in Governor Greg Abbott’s plan to re-open the Texas economy and begin easing back on social distancing. On Friday, the governor laid out the plan saying it’ll be incremental and science-based. That raised questions about how much more capacity for COVID-19 screenings the state needs.

Abbott said the progress Texas made in slowing the spread of COVID-19 could be quickly reversed if the community gets too lax about social distancing too fast. So, he said more testing will be essential.

“A core component of the ability for Texas to open up our businesses and open up more of our socializing is going to be tied to the increased testing we will be conducting,” Abbott said.

Texas has done a lot of testing for COVID-19 – more than 190,000 tests so far, according to the Texas Department of State Health Services. But when it comes to per capita testing, most other states are doing a better job.

Abbott didn’t set a benchmark Friday for how much he wants testing capacity to increase.

“In the short term, you can continue daily increases,” he said. “With the information we have about a massive amount of testing capability coming to Texas by late April or early May, it’ll be going up quite a bit.”

This weekend, the Harvard Global Health Institute released new estimates for how much more testing the nation as a whole needs to be doing. They set a minimum of about 152 tests per 100,000 residents each day before the country can safely and successfully begin the first phase of reviving the economy. That’s three times the current rate.

According to that standard, Texas should be doing at least 44,000 tests per day. The most tests ever reported in a single day in Texas occurred on April 6, at 14,419, according to the COVID Tracking Project, which is significantly short of the standards laid out by the Harvard Global Health Institute.

Last week, the state averaged about 8,000 tests per day.

Put another way: at minimum, Texas has to do five times as many tests each day to meet the Harvard standard. Other public health experts suggest that even greater minimum testing capacity is necessary.

So what happens if Texans do even less social distancing but don’t do more tests?

“Let’s say for example people are starting to move about and somebody does have coronavirus,” she said. “When they are not feeling too well, if they cannot quickly get the test that they need – and this person is still out in the community – they are likely to keep spreading this disease in the community pretty quickly.”

Balasubramanian said public health departments also need the capacity to quickly trace that person’s contacts, which means an army of people need to work the phones calling anyone who may have been exposed. There also needs to be a good system to share that information, which is no small task.

Erin Carlson, a professor at the UT Arlington school of Nursing and Innovation, said Texas will need help to increase testing and contact tracing.

“We will need assistance, just like every other state,” she said.

She said the governor’s data-driven approach to re-opening the economy is right, but can only work if he has enough data to make good decisions.