Home TexasCovidNews As Texas transportation funding takes a hit, we must change our focus 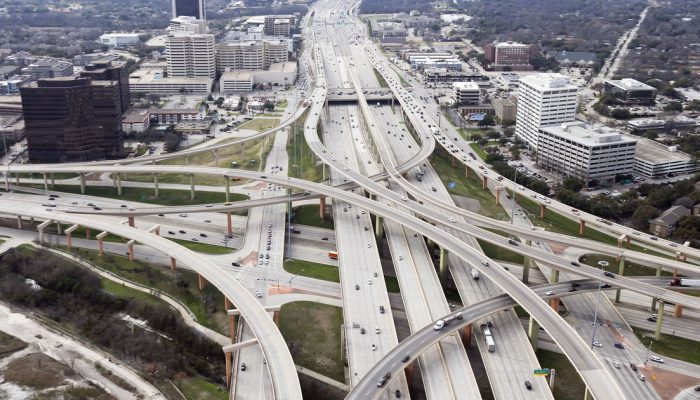 This model, although not meeting all the transportation needs of Texas urban regions, created a feeling of enough revenue. This was enough revenue to create a centralized management structure, a standard roadway-only design approach, and a fiscally conservative funding method.

Traffic on North Texas freeways has fallen 35% just in the month of March. Therefore, federal gasoline tax revenue is at risk, along with other federal general revenue needed for the COVID-19 response. Strike one.

State gasoline receipts would be similarly impacted. Strike two. Oil and gas production taxes will be affected by the demand reduction, but also the collapse in the price of oil. Strike three. And Proposition 7 tax revenue is at risk as sales of general items and motor vehicles has declined due to stay-at-home orders and growing unemployment. Strike four. With 22 million Americans requesting unemployment in just the first four weeks, and the Texas Rainy Day Fund being used as emergency funding, we no longer have enough revenue.

We should remain hopeful because we were asked to do this before, during the 2007-2008 financial crisis. Under TxDOT, the transportation infrastructure community across the state became one, expediting project completions with innovative funding. With little traditional money, it was the greatest advancement of mega projects in the region’s history, creating mobility and jobs.

What are the lessons from the past? First, the cost of construction will decrease. In 2011, it fell 25% from the 2009 base, a greater reward for near-term construction. Second, the federal government should add Infrastructure to the COVID-19 relief arsenal. Third, at 0% interest, debt is your friend. Expediting projects now and jump-starting our economy replenishes revenue sources. Fourth, the private sector is your friend, bringing revenue as well.

During this health crisis, we must focus on need and not want, and build like we did in 2009. We should advance high-speed rail between Dallas, Houston and Fort Worth. Build autonomous transit vehicles in the Dallas hospital district, at the General Motors assembly plant and the midtown development next to the Galleria. Advance electric vehicle recharging with induction loops in our freeway pavement. Make $5 billion in improvements on Interstate 820 in Tarrant County, State Highway 183 in Dallas County, U.S. 380 in Collin County, and LBJ to Denton on Interstate 35E. Extend TEXRail to the Fort Worth Medical District, build the new Dallas-Fort Worth International Airport terminal.

Our health workers, first responders, transit drivers and grocery employees are not doing what they want to do, they are doing what they need to do. We should do the same with infrastructure.

Michael Morris is director of transportation for the North Central Texas Council of Governments. He wrote this column for The Dallas Morning News.