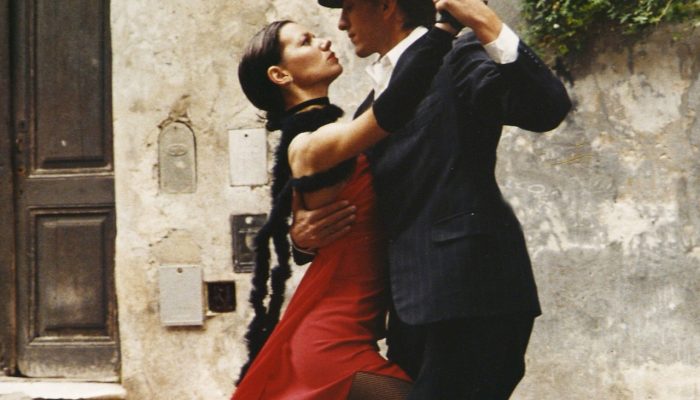 The weekend was relatively quiet on the news front by recent standards. The US President said the various factions in Congress and himself were close to a new round of Federal Government stimulus, expected to be over $300 billion and possibly ready for enactment by early this week. Progress continues to be made in the COVID-19 pandemic battle, with plans across Europe, for partial emergence from the national lockdowns picking up speed.

Much the same noises are being made in the United States as well, although the landscape there is much more fractured. Friction continues between the Federal Government and State Governments over resources and the pace of reopening. The US also had to contend with mass protects in some states, supported by the President, with thousands demanding a reopening of local economies. As I watched the protests out State legislatures, the irony I felt was that many protestors were wearing face masks. Much more frightening was that most of them were armed.

The Gilead Sciences story that propelled markets higher on Friday, appears to have died a death over the weekend, with nary a trace or mention in the world’s press. A cynic might argue, that a story of hope doesn’t sit well with the end of the world is nigh narrative of most of the world’s press corps. I am sure, however, that the disappearance of the story is because they looked at the sample size of 140 people, and decided it was not statistically valid. Although the waning of the tale has sapped the momentum from equities in early Asia, don’t completely count it out. Gilead has 4,000 people in various testing groups globally, with the results due to come in at the end of the month. As I attempt to be a rock, rising just above the waterline of an ocean of clickbait negativity, this story could yet make for a joyful May, should the testing result be positive.

Oil appears to be the centre of attention in early Asia with WTI under serious pressure yet again this morning, falling by 14.0%. The price action had been confusing last week as WTI seemingly danced the Last Con-Tango in Texas, falling heavily, even as Brent held its ground modestly. I must apologise to readers as I should have figured this puzzle out much sooner. With the May WTI futures contract expiring on Friday, sizeable long positioning was being rolled into the June contract. I.e. selling the May futures and buying the June futures.

It widened the contango, a futures market term to describe the near month futures contract being a lower price than the longer-dated futures contract. The contango on WTI now from spot to the June contract, can only be described as a mega-contango. As of Friday, spot was $18 a barrel with the June contracts around $25 a barrel. With record inflows into oil ETF’s, a minus $7 bitter pill had to be swallowed to roll the positions. Basically, if you had bought WTI at the seeming bargain price of $20 a barrel, you just spent $7 to roll it into the next liquid future, locking in a 35% funding cost. That doesn’t look like such a value trade anymore, methinks.

The extreme contango in WTI also tells us that no one in America wants oil in the short-term. That is reinforced by the Baker Hughes Oil Rig count, released in the US late Friday night. The latest oil rig count was 438, a 35% fall from only a month ago. With above-ground storage bulging at the seams, WTI’s only hope, it appears, is for production cut action from the impending decisions of state authorities in Texas and Oklahoma, and lots of producers going out of business.

Elsewhere in Asia, China has just announced cuts in both benchmark 1-year and 5-year Loan Prime Rates. The 1-year is trimmed by 20 bps to 3.85%. The 5-year rate falls 10bps to 4.65%. The cuts were telegraphed via the repo market last week and continue a trend of cautious and targeted stimulus by China, rather than the giant blanket programmes of the past.

Earlier today New Zealand Inflation crept to 2.50%, well above the forecast of 2.10%. It is likely the rise has been caused by supply chain disruptions as New Zealand remains on its level 4 lockdown. However, extended or rolling waves of COVID-19 lockdowns around the world, and a retreat of global supply chains to national shores, may finally see the return of inflation, after a 15-year holiday. That though is a story for another day.

The data calendar turns decidedly light throughout the rest of the day. Markets will likely content themselves chasing short-term momentum and watching COVID-19 headlines. In other words, operations normal.

Equities retreat as profit-taking seen in US futures.

Equities have edged lower across Asia and the Pacific this morning as US S&P e-mini futures edged 0.40% lower this morning. The fall in US stock futures is not surprising though, with Wall Street posting substantial gains Friday on the Gilead Science’s story. The S&P 500 climbed 2.70%, the NASDAQ 1.40% and the Dow Jones by 3.0%.

In an interesting note, and a salutary lesson on how far disengaged Wall Street has become from real life, the Dow Jones outperformance was driven by 14.50% jump in Boeing shares, as it announced plans to restart jet production. While it is wonderful that all those Boeing staffs are returning to work, I hope that Boeing has shifted all the 737 MAX’s it still has, to another part of the airfield. Parking will be at a premium in Seattle, because those shiny new jets about to appear, will be going nowhere anytime soon.

The Nikkei 225 has fallen 1.0% after a disappointing balance of payment this morning. The Australian All Ordinaries is 0.80% lower, with the STI and Hang Seng both 0.30% lower. Mainland China, following this morning’s loan prime rate cuts, is holding steady. The Shanghai Composite and CSI 300 are flat. That has given support to the Kospi, also flat for the day.

With a vacuum of news, and after some strong rallies last week, equity markets in Asia could go either way from here, as momentum does not seem particularly strong in either direction. Headline trading will be the order of the day.

Ructions in the oil markets this morning, with WTI plummeting yet again, has seen the Mexican Peso fall 1.20% against the US Dollar today. The Canadian Dollar and Norwegian Krone have also fallen 0.50%. The Petro-currencies will remain under pressure as oil falls. The MXN, with its strong beta to WTI, and an economy that was struggling even before the COVID-19 pandemic, remains the most vulnerable.

Elsewhere, a positive day on Wall Street saw a rotation out of the haven US Dollar and into emerging market and other developed market currencies on Friday. EUR and GBP both enjoying modest gains. Asia today sees the major currencies remain unchanged from Friday after a quiet start for FX markets. Traders will stay on the side-lines until the arrival of Europe later, in the absence of any market-moving headlines from the weekend.

It would appear that there are still plenty of longs still out there in the May WTI futures, that did not roll their positions into June by last Friday. WTI has collapsed by 14% this morning to $15.70 a barrel, implying that traders are being forced to sell cash versus their short-dated futures to hedge losses.

I can almost see the thought processes that bought us to this point. Retail investors, looking at the enormous 7-dollar contango with the June futures, refused to pay it to roll their long positions. Markets do have a cruel way of imposing death and taxes certainties though, and those that refused to pay the futures rolls, look likely to end up paying via cash.

WTI’s next technical target is $11 a barrel, the late 1998/early 1999 lows. Fridays close was $18 a barrel. $18 minus a $7 carry equals $11 a barrel! Co-incidence? I will let readers decide. For myself, I would not be in the least bit surprised if we saw $11 a barrel before the pain was over. The futures market is telling us that the US is awash with oil nobody wants, and many investors are learning the painful lesson about catching falling knives.

Brent crude, in the meantime, has been content to watch the action in WTI from afar, ranging between $28 and $30 a barrel over the past few sessions. It is testing the $28.00 a barrel supports this morning but lacks momentum to extend its 0.50% losses thus far today.

It is not immune to WTI’s travails though, and its supply-demand imbalance globally certainly doesn’t inspire confidence. A break of $28.00 a barrel will target technical support at $26.00 a barrel.

The bullish mood on Wall Street on Friday saw gold retreat in a disorderly fashion, falling 2.0%, or around $34 to $1683.40 an ounce. The size of the fall probably reflects the amount of retail positioning that has flocked to gold ETF’s recently and into spot gold last week. A break of the $1708.00 an ounce support level, seems to have spurred an intense bout of stop-loss selling.

Taking positives from Friday’s rout though, gold appears to have disengaged from its recent linear correlation to equity markets, which rose sharply on Friday. That implies that maybe gold is getting back to its more traditional role as a haven asset, and that its movements might start becoming more of a known known again. Almost certainly famous last words.

Gold has eased to $1679.00 in Asia in muted trading today. Its next significant technical support is quite distant, at around $1640.00 an ounce—the $1708.00 breakout from Friday becomes technical resistance. If equities continue to price in a returning to work, easing of lockdowns recovery, further losses to gold cannot be ruled out, given the amount of long positioning recently added.

This article is for general information purposes only. It is not investment advice or a solution to buy or sell securities. Opinions are the authors; not necessarily that of OANDA Corporation or any of its affiliates, subsidiaries, officers or directors. Leveraged trading is high risk and not suitable for all. You could lose all of your deposited funds.

Based in Singapore, Jeffrey has over 25 years experience in the financial markets, having traded currencies, options, precious metals and futures. Jeffrey started his career at Barclays Bank in New Zealand. However he has spent most of it in London and Asia.Jeffrey focuses on the Asia time zone across asset classes. A regular commentator on business news TV and Radio, he is originally from New Zealand and holds an MBA from Cass Business School, London.