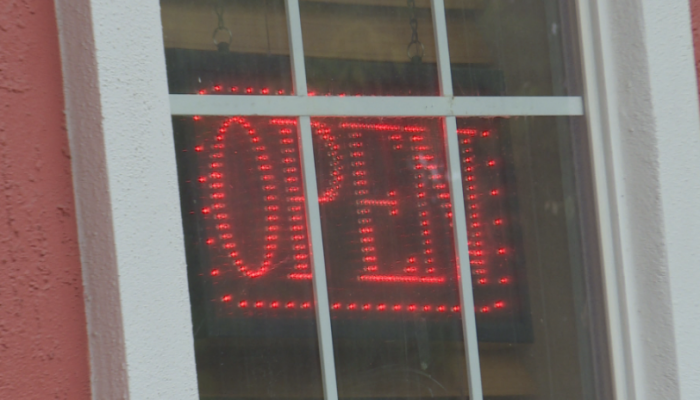 
AUSTIN (KXAN) — Tourists are starting to trickle back into Austin, after more than a year away because of the COVID-19 pandemic.

The weekend of May 21, visitors were here for the first-ever NASCAR race in Austin and the University of Texas at Austin’s commencement ceremony.

Some businesses told KXAN weekend sales are up and they’re optimistic for what’s to come in the future.

Meches Mexican Restaurant, like so many other businesses, didn’t know if it would survive the COVID-19 pandemic.

“Usually, Saturdays and Sundays are our busiest days but today–it’s kind of like no other,” Meches Mexican Restaurant assistant manager Yaritza Felipe-Celis said. Meches is just a few minutes up the road from Circuit of the Americas, where the NASCAR races were held.

Felipe-Celis said their sales this weekend were up 50%, compared to an average weekend.

“We’ve had some people from Tennessee, Colorado, everybody is just coming right in,” Felipe-Celis said.

Race fans said they were excited to be back at an event like this, after COVID-19 canceled thousands across the country in the past year.

[I’m from] Deer Park, Texas, the day is going awesome,” race fan Chris Graham said. “I just introduced [my friends] to NASCAR — so this is their first race.”

“It feels really wild, because there hasn’t been anyone here, really since March 17 of last year,” Dirty Martin’s owner Mark Nemir said.

Nemir said they just started dine-in sales again on May 21. And as he looked around his restaurant on Sunday, seeing people dining in still feels surreal.

“It really is,” Nemir said with a smile on his face. “We’ve had so many customers that are thanking us and we’re thanking them. It’s just a neat, mutual thing.”

As Dirty Martin’s works to rehire its staff, building off what feels like a new beginning, Meches looks ahead, as well.

Felipe-Celis thinks the Austin-area tourism will be back to normal soon, and better than before.

“We’re a very small, family owned restaurant, so having this much business means a lot to us,” Felipe-Celis said.

KXAN checked in with a couple of other downtown Austin bars, who said outside of graduation and NASCAR, they’re noticing Austin is still a party destination for weekend getaways.

About the Author: Jala Washington