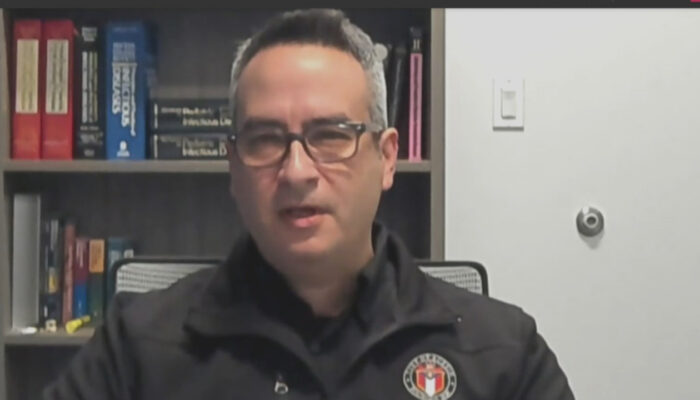 
AUSTIN (KXAN) — Travis County and Austin health leaders are asking the Austin City Council and county commissioners to consider incentives to motivate those who work for the city to get the COVID-19 vaccine.

“I think we do need to have a discussion about incentives,” said Dr. Mark Escott, Austin-Travis County’s interim health authority on Tuesday. He said there is a thin line between motivation and coercion, but there’s proof of success in incentivizing shots.

PREVIOUS COVERAGE: Austin ISD may reward employees with up to $1K for working during pandemic

“I think we are seeing employers have that discussion. Some are offering time off, some are offering money to get vaccinated,” he said. County and city leaders seemed open to the idea and said they will explore it.

City Manager Spencer Cronk said the city has offered the COVID-19 vaccine to city employees “for a number of weeks,” and they are now moving toward focusing on individual departments in an effort to get more employees vaccinated.

As part of its ongoing messaging for people to get vaccinated, Austin Public Health rolled out a public service announcement asking Central Texans to “Take the Shot.” The hope is that more people will get the vaccine, especially those in the Black community.

Other places are offering incentives

Austin isn’t the only place to consider offering incentives for vaccinations. Detroit offers $50 prepaid cards to people who drive their neighbors to get vaccinated. Maryland is offering $100 to state employees who receive the vaccine. In New Jersey, anyone over 21 can get an alcoholic beverage with its “Shot and a Beer” program. West Virginia announced last week it planned to give $100 savings bonds to people ages 16-35 if they got the shot.

Businesses across the nation have also developed vaccine incentives programs for employees, including Instacart and Trader Joes as well as Dollar General.

How well do incentives work?

The UCLA COVID-19 Health and Politics project conducted a series of randomized surveys from March 24 to April 14. The New York Times reports about a third of those who are unvaccinated said a cash incentive would make them more likely to get a shot. A $100 incentive showed 34% saying they would get vaccinated, showing a six-point increase in willingness to get one over the group asked about a $25 incentive.

About 15% of unvaccinated people in the survey said they would be less willing to get a vaccine if there were a cash incentive.

The survey also showed a cash incentive wasn’t the only thing that people said would motivate them. The New York Times reported, “on average, relaxing the mask and social distancing guidelines increased vaccine uptake likelihood by 13 points.”