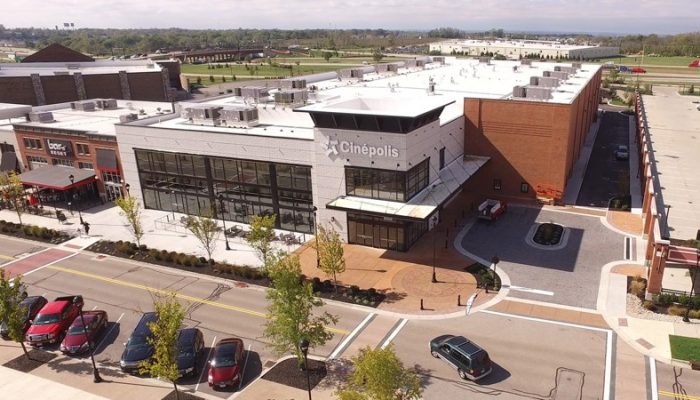 Austin Landing management is seeking to stop events such as the “impromptu” car show this past weekend that defied Ohio’s stay at home order amid the COVID-19 pandemic.

Residents at the popular mixed-use development said the event Saturday evening posed safety and noise issues, leading police to clear more than 200 cars from the scene.

One caller to police described “some sort of stupid idiot driving convention going on. Someone’s going to get killed.”

“Obviously it’s not us. Our events are larger, much more coordinated,” a spokesman for Austin Landing property manager Jennifer Blair said.

Events organized by Austin Landing have “everything in place as far as insurance, as far as safety, as far as police, food and trucks … So whoever is doing this is trying to create some sort of situation that we’re trying to control and put an end to it,” he said.

Nine officers from three law enforcement agencies were assigned to disperse the cars from a parking garage at the Miami Twp. development, according to Miami Twp. Police Department records.

“They’ve got their hoods up and they’re revving their engines and they’re racing down the street, making all kinds of noise,” one resident of The Flats at Austin Landing told a police dispatcher.

“The parking lot next to the cinema is full of street-racing type cars,” the caller said. “There’s probably two or three hundred cars … And there’s still more people piling in.”

No arrests were made or citations were issued because of the scene at the mixed retail complex near Interstate 75 and Austin Boulevard, police said.

Police records indicate participants were “driving like idiots” but did not elaborate.

It took officers from the township, Miamisburg and the Montgomery County Sheriff’s Office about an hour to clear the scene near Rigby Road and Innovation Drive in a parking garage near the Cinepolis Luxury Cinemas, records show.

Austin Landing is commonly a site of car shows in the spring and summer months. But management said it has cancelled events due to the coronavirus pandemic.

Under the order prompted by the coronavirus pandemic, “any gathering of more than 10 people is prohibited unless exempted by this order.”

One caller to police referenced the stay-at-home order. Another said he could hear engines being revved and saw some participants later in the Kroger gas station parking lot, where “some pushing and shoving” was occurring.

Thank you for reading the Dayton Daily News and for supporting local journalism. Subscribers: log in for access to your daily ePaper and premium newsletters.

Thank you for supporting in-depth local journalism with your subscription to the Dayton Daily News. Get more news when you want it with email newsletters just for subscribers. Sign up here.

About the Author: daytondailynews