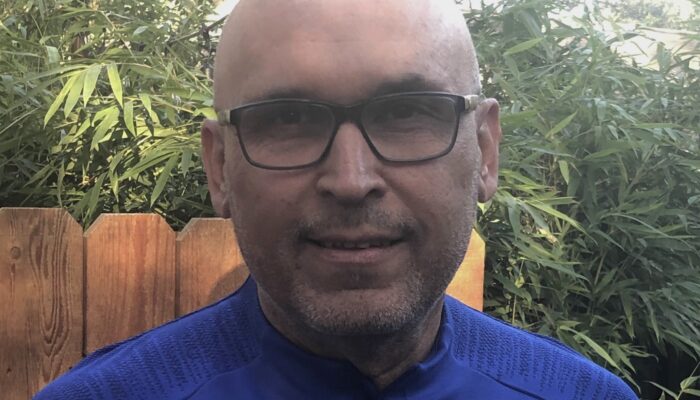 
After reading about the Pfizer COVID-19 vaccine trial being done in Austin in the Statesman, Ray Martinez, 56, called in late August to become a participant through Austin Regional Clinic’s Clinical Research. He received two different injections weeks apart and was pretty sure he was in the group that was given the vaccine instead of the group that was given the placebo.

Last week, Martinez was called by ARC to see if he wanted to be “unblinded,” meaning he would know officially whether he had received the Pfizer vaccine or the placebo.

His suspicions were confirmed. He had received the vaccine.

“I felt relieved,” he wrote in an email. “.. but I’ve had a strong suspicion that I was in the vaccine group because of the side effects I experienced during the trial phase.”

Martinez had a sore arm and was tired after the first injection, and increased fatigue and a slight fever with the second injection.

If Martinez had been in the placebo group, he would then have been given the real vaccine by ARC, which is now calling all its study participants to ask them if they want to know which group they were in.

Jeff Repper, medical director at ARC Clinical Research, said ARC has “the ethical responsibility” to offer to vaccinate those in the placebo group.

“The gold standard is placebo control,” he said, “but at some point there’s an ethical question.”

In December, the FDA gave both the Pfizer and Moderna vaccine emergency approval for people ages 16 and older. That allowed the vaccines to be given to the public, starting first with healthcare workers and people in long-term care facilities, moving on to first responders and people ages 65 and older, according to Centers for Disease Control and Prevention’s recommendations and states’ and local health organizations’ policies.

That emergency use approval didn’t stop the studies being done in Austin. The Pfizer and Moderna participants remain in these studies for two years to collect data about side effects as well as data about how long they have antibodies from the vaccine.

Researchers will lose the placebo control factor, which was helpful in proving efficacy, but they will gain more people who are tracking their symptoms and having their blood tested for antibodies to see how long the immune response to the vaccine will last.

The people in these studies will help determine if booster shots are needed and when,  if the vaccines continue to be effective as the virus mutates, and if any long-term side effects begin to emerge. Study participants also will provide information that could be used to compare the effectiveness of the Pfizer vaccine to the Moderna vaccine and other future vaccines.

Our top story of the year:How the coronavirus changed everything

ARC had 318 participants in the Pfizer study, both adults and a later group of teens 12-17. The teens younger than 16 remain blinded until the vaccine is approved for that age group. Kids ages 5 to 11 are expected to be tested by summer. ARC also has been testing the Janssen/Johnson & Johnson vaccine, as well as rapid COVID-19 tests.

Benchmark Research enrolled 415 people in the Moderna trial and 473 in the Pfizer trial in Austin. They have also tested the Janssen/Johnson & Johnson and the Novavax vaccines.

Mark Lacy, the CEO of Benchmark, says across all its sites around the country it has 30 COVID-19 related trials of vaccines, treatments and tests. “We are doing so many COVID-10 studies, it would make your head turn,” he said.

He expects to be doing trials for kids ages 2 months and older this year, as well as trials that will look at specific groups of people, such as those who have diabetes, or HIV. Benchmark is currently enrolling people in Austin in the Novavax vaccine trial.

Both Lacy and Repper hope that people will continue to sign up for vaccine trials even now that both the Pfizer and Moderna vaccines are being given.

Lacy reminds that once a vaccine gets FDA emergency use approval, even if a participant was in the placebo group, they will receive the vaccine. Vaccine trials could still be a way to get a vaccine sooner than a person could get it otherwise.

Another key to getting more people vaccinated is to have more companies producing vaccines, not just two. Lacy expects that more vaccines will come up for FDA emergency use approval as early as next month. AstraZeneca already has been approved in the United Kingdom, India, Pakistan and Mexico.

Lacy says some people sign up because they want to be part of the scientific effort surrounding this virus.

“This is different than most viruses,” Lacy says. “We know less about this one. There’s a lot more hidden corners we don’t know about. It’s more complicated for some reason … we need to do a whole lot more work.”

People also sign up because they are compensated and get access to healthcare for free for illnesses.

For the next 18 months, Martinez will continue to check in with ARC anytime he doesn’t feel well and to give blood for testing on a schedule. “I know how important it is for data to continue to be collected from trial participants to confirm the effectiveness of this vaccine,” he said.

His new concern is like many of us: trying to get his family, including his 87-year-old mother-in-law, vaccinated.

“To be honest, there’s a part of me that feels guilty that I have the vaccine, and she doesn’t.”

Enroll in a COVID-19 study

About the Author: Nicole Villalpando