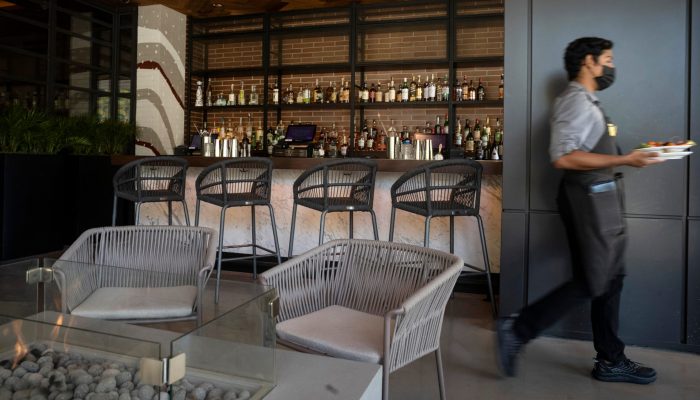 
In another sign that economic recovery from the COVID-19 pandemic is underway, Austin’s unemployment rate last month fell below 5% for the first time since December 2020 and to its lowest point in a year.

As vaccine rollouts increased and businesses continued to reopen, the area’s jobless rate decreased from 5.3% in March to 4.5% in April, according to new figures from the Texas Workforce Commission. The data include Travis, Williamson, Hays, Bastrop and Caldwell counties.

The Austin region’s April unemployment rate is now far below the pandemic peak of about 12% in April 2020. It has spent the past eight months hovering in a monthly range of about 5% to 6% — which is roughly double pre-pandemic levels, as the area’s jobless rate was 2.6% in February 2020.

Austin’s unemployment rate remains well below Texas as a whole, which stood at 6.7% in April, down from 7.1% in March.

“We are in a strong hiring environment, one with more businesses opening up and more relocating to the Austin metro,” said Tamara Atkinson, CEO of Workforce Solutions Capital Area. “However, those that will benefit the most in this environment are those with in-demand skills.”

More than 30,536 new job ads were posted in the Austin metro area in April, nearly double the count a year ago of 16,454, according to Burning Glass Labor Insight.

Although Austin’s leisure and hospitality sector, which includes restaurants, bars and hotels, was hard hit by the pandemic and is still suffering, it experienced the greatest regional job growth over the past 12 months, with an employment increase of 58%. Despite the gain, the sector is down more than 20,000 jobs from before the pandemic.

The April figures “show job growth and career opportunities for Texans as the economy strengthens,” said Julian Alvarez, a member of the Texas Workforce Commission who represents labor. “We’re encouraged by the increases, especially in the leisure and hospitality industries, and will continue to work through programs like skills development grants to promote job growth in all industries.”

The unemployment figures follow an announcement by Gov. Greg Abbott on Monday that federal pandemic unemployment benefits will no longer be available to jobless Texans starting June 26.

Texas will join 18 other states whose Republican governors have announced plans to cut the benefits, a $300 weekly unemployment supplement.

Many businesses have said the additional benefits made it difficult for them to find workers amid the recovering economy. However, some economists contend the picture is more complicated, with a lack of childcare, high costs of living in urban areas and new job options contributing to the employment squeeze.

In announcing his decision to eliminate the benefits Monday, Abbott said the Texas economy “is booming and employers are hiring in communities throughout the state.”

The benefits have been in place under the CARES Act, a pandemic recovery measure, since it was signed into law in March 2020.

A survey by the Texas Association of Business found that 60% of businesses were hiring for at least one position, and the businesses cited the federal supplements workers were receiving as the reason for their hiring struggles.

Data from the Texas Workforce Commission show that the number of unemployed people matches the number of job openings in the state.

While the move by Abbott is intended to boost the number of job seekers, many workers have found employment in different industries or aren’t yet ready to return to the workforce because of childcare or other issues, economists said.

“The biggest challenge is that we don’t have enough workers for entry-level jobs,” said Mark Sprague, who follows the economy and housing markets both locally and nationally.

“You hear people are staying home because they’re getting more from the government than they can make,” Sprague said. “I think a lot of restaurant workers and those in lower paying jobs are finding other jobs in the tech industry. Not necessarily tech jobs, but maybe warehouse jobs with benefits.”

Online retailing giant Amazon, for example, announced last July that it will open a sorting center in Kyle that will bring more than 200 jobs to the city south of Austin.

The jobs are on top of 1,000 planned for a facility in Pflugerville that Amazon said will open this year, as well as hundreds more that the Seattle-based company intends to add in the Austin-Round Rock region as it continues expanding here.

Statewide, Amazon has more than 20,000 employees.

Sprague said Austin’s 4.5% unemployment rate means the city is basically fully employed. To get people to return to service jobs in Austin, which has become unaffordable for many entry-level workers, employers will have to increase hourly rates, he said.

Salaries for entry-level jobs in Austin haven’t kept up with the cost of living, he said, and that will have to change to attract new talent.

About the Author: Lori Hawkins