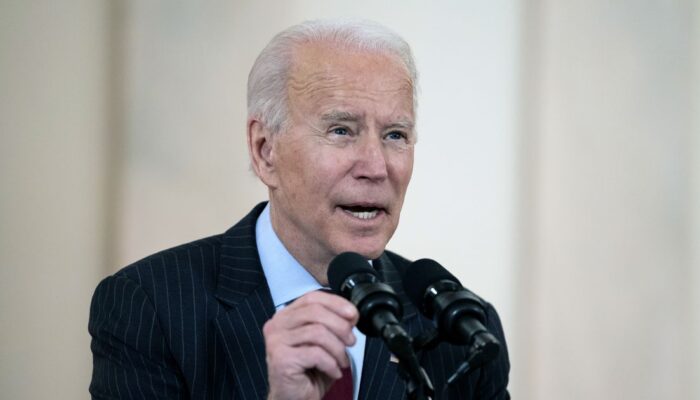 Updated at 1:20 p.m. with Abbott planning to meet with Biden

The White House announced the visit Tuesday but has provided no other details so far.

The visit comes with debates raging over what went so terribly wrong, leaving a state blessed with vast energy resources crippled by a massive failure of its independent, lightly regulated power grid. Biden has yet to weigh in on whether it’s tenable for Texas to retain an power grid independent from the rest of the country, nor on whether he agrees with fellow Democrats in blaming the crisis on a free market, hands-off approach to regulation in Texas.

“Our area has faced such devastation,” tweeted Rep. Sheila Jackson Lee, D-Houston, welcoming Biden and first lady Jill Biden “to give comfort and continued support to the recovery of our community” and to “emphasize the fight against COVID-19.”

Houston, which Biden included in a major disaster designation late Friday, is hometown to Sen. Ted Cruz, a conservative Republican who drew condemnation last week when he flew to Cancun with millions of Texans still hunkered down without electricity in sub-freezing temperatures.

Cruz returned the next day and admitted the trip was “obviously a mistake” in hindsight. He is scheduled to speak in Orlando on Friday morning at CPAC, the Conservative Political Action Conference, and is not expected to meet the president.

Abbott has asked the White House and Federal Emergency Management Agency to declare a major disaster for all of Texas. Biden initially signed off on 77 of 254 counties, and FEMA added 31 counties to the designation on Monday.

State officials, and federal lawmakers in both parties, have pressed for a statewide designation, which opens up federal aid to individuals, businesses and local government agencies.

Abbott and Lt. Gov. Dan Patrick, who chaired Trump’s campaign in Texas, routinely greeted Trump on arrival in Texas and accompanied him whenever he was in the state.

“Lt. Gov Patrick is working in Austin this week,” spokeswoman Sherry Sylvester said when asked if he planned to meet with Biden.

At the White House, press secretary Jen Psaki said that “we remain in close touch with state and local elected officials to monitor the recovery,”

In Houston, she said, “the president will meet with local leaders to discuss the winter storm, relief efforts, progress toward recovery, and the incredible resilience shown by the people of Houston and Texas.”

Comforting Americans in times of crisis is a time-honored element of presidential leadership. Biden’s natural ability in that regard was on display Monday evening as he marked a half-million U.S. pandemic-related deaths with poetic, deeply personal words of shared grief and comfort.

This will be Biden’s first such foray since taking office just over a month ago, and his fifth trip as president.

The Bidens spent a weekend at their home in Wilmington, Del., and at Camp David, the presidential retreat in the Catoctin Mountains of Maryland, for Valentine’s weekend. Last Wednesday, the president appeared on a CNN town hall from Milwaukee. On Friday, he visited a Pfizer vaccine facility in Kalamazoo, Mich.

President Donald Trump visited Texas numerous times during his four years in office. Seven months into his term, he fed hotdogs to evacuees at the cavernous NRG Center as waters from Hurricane Harvey were still receding.

Thousands of customers on price plans tied to variable wholesale rates have been socked with whopping bills, up to $17,000 in some cases, for a few days of power. Electricity retailer Griddy is the target of a $1 billion class action suit in Houston. One customer is facing a $9,340 bill just for last week, compared to monthly bills that are usually $200 to $250.

Scores of deaths have been tied to the storm, directly from hypothermia or indirectly for lack of electricity for dialysis machines and other medical devices.

On Tuesday, four board members of the entity that runs Texas’ grid resigned, including the chair.

“All of what happened this past week was foreseeable and preventable,” Houston Mayor Sylvester Turner, a Democrat, said Sunday on CBS’s “Face the Nation,” blaming state officials for failing to adequately oversee the Texas grid. “Climate change is real. It is real, and these major storms can happen at any time….The system needs to be weatherized. You need to maintain adequate reserve. And we need to open up our Texas grid because right now we have a closed grid.”

“All Republicans do is vow to investigate the very system that they have set up to fail. There is no accountability and, worse, no care or concern for our own people who were dying in inhabitable positions as our state leaders fled to warm beaches and luxurious resorts,” party chairman Gilberto Hinojosa said Tuesday. “Texans will not forget this man-made crisis that is still affecting tens of millions of families across the state.”

State Rep. Trey Martinez Fischer, a senior Democrat in the Texas House, called on the Travis County prosecutor to investigate what caused so much death and suffering.

“What happened last week in our state was a crime. No amount of promises from industry players to do better next time will fix this, and …the state cannot investigate itself,” he said.

Conservatives have used the crisis to tarnish the image of renewable power sources. Wind turbines froze. But so did natural gas fuel lines and generators, and wind accounts for only a small fraction of the state’s generating capacity.

For a decade, power companies in Texas ignored nonbinding advice from federal regulators and experts, and from state oversight agencies, urging costly weatherization that would have averted the collapse of the state’s grid.

Former Gov. Rick Perry, an energy secretary in the Trump administration, asserted last week that Texans would rather suffer a few days without heat and power than invite the sort of federal regulation that applies to the nation’s two other main grids, both of which span dozens of states.

Rep. Chip Roy, R-Austin, who ghost wrote “Fed Up!: Our fight to save America from Washington” – Perry’s 2010 book on states’ rights released ahead of a failed 2012 presidential campaign – has taken a similarly firm stance against outside oversight.

“The last thing we need is for the federal government to stick its nose into the business of it,” Roy said Monday night on the fringe One America News network. “We need investigations, we need hearings…. We don’t need massive regulation. We need fixes on the things that exist. Make sure we’ve got plenty of baseload capacity and don’t let people interfere with the market.”