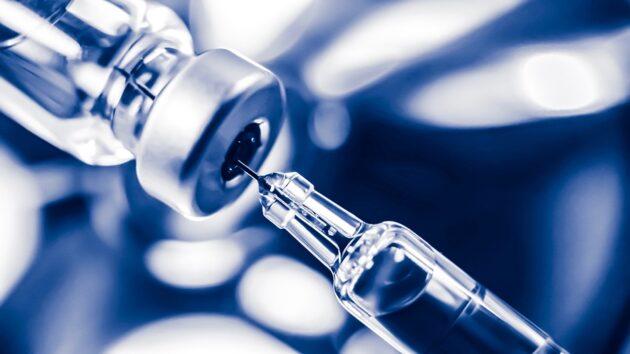 Bill Gates has been big on vaccines since before the start of the coronavirus pandemic, but in a new blog posting, the Microsoft co-founder and billionaire philanthropist says the only way to end the pandemic for good is to offer a vaccine to almost all of the planet’s 7 billion inhabitants.

“We’ve never delivered something to every corner of the world before,” Gates notes.

It’s especially big considering that a vaccine hasn’t yet been approved for widespread use, and that it may take as long as a year to 18 months to win approval and start distribution.

Some companies are aiming for a faster pace: Oxford University says its vaccine candidate has shown encouraging results in trials with rhesus macaque monkeys, and if it clears accelerated human trials, a few million doses could be available by September.

Meanwhile, the White House is pressing an initiative called Operation Warp Speed that Anthony Fauci, the director of the National Institute of Allergy and Infectious Disease, could result in hundreds of millions of vaccine doses being manufactured by January.

Like Fauci, Gates says the January time frame is conceivable — but he also says the vaccine development effort could take as long as two years.

Gates says there are more than 100 different COVID-19 vaccine candidates in the pipeline. “I think that eight to 10 of those look particularly promising,” he said, although he adds that the Bill & Melinda Gates Foundation will be keeping an eye on all the other just to make sure nothing is missed.

Some candidates are being developed using traditional approaches, with inactivated or weakened viruses. But the options most likely to become available first take advantage of newer technologies, involving bits of synthesized RNA or DNA that spark an immune response to fight off SARS-CoV-2, the virus that causes COVID-19.

The first vaccine to be tested in the United States, under the supervision of Seattle’s Kaiser Permanente Washington Research Foundation, is one such RNA vaccine.

“Even if an RNA vaccine continues to show promise, we still must continue pursuing the other options.” Gates says. “We don’t know yet what the COVID-19 vaccine will look like. Until we do, we have to go full steam ahead on as many approaches as possible.”

Coronavirus Live Updates: The latest COVID-19 developments in Seattle and the world of tech

Finding the right vaccines won’t end the challenge. Gates says it’ll be tricky to ramp up production, particularly since we don’t yet know which candidates will work.

“What we can do now is build different kinds of vaccine factories to prepare,” he says. “Each vaccine type requires a different kind of factory. We need to be ready with facilities that can make each type, so that we can start manufacturing the final vaccine (or vaccines) as soon as we can. This will cost billions of dollars. Governments need to quickly find a mechanism for making the funding for this available.”

Then there’s the question of prioritizing access to vaccines.

“Most people agree that health workers should get the vaccine first,” Gates says. “But who gets it next? Older people? Teachers? Workers in essential jobs? I think that low-income countries should be some of the first to receive it, because people will be at a much higher risk of dying in those places.”

Gates says the World Health Organization and national health authorities will have to develop a distribution plan. Which raises a question that Gates doesn’t address in today’s posting.

WHO and the Gates Foundation are already the targets of disinformation campaigns that seek either to blame them for starting the pandemic, or accuse them of pushing a forced-vaccination plot. Once a vaccine is available — thanks to the efforts of researchers, WHO, the Gates Foundation and others in the public health community — how many of the world’s 7 billion inhabitants will get the shot?

Read the full posting on GatesNotesMore from GeekWire:

About the Author: YahooFinance