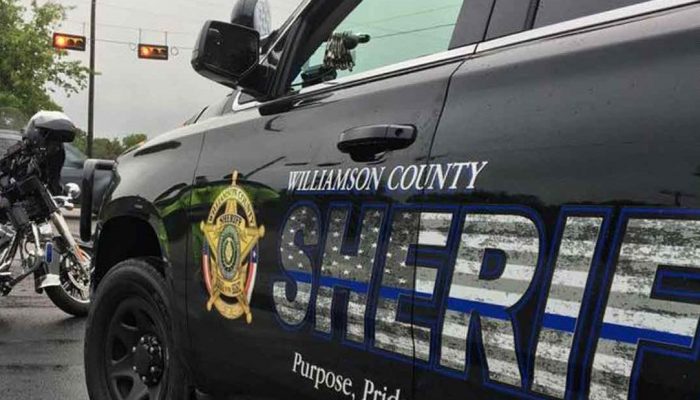 Ambler failed to dim his car’s headlights as he drove past a deputy, according to a sheriff’s department incident report. Ambler then tried to flee, leading officers on a 22-minute pursuit that ended up in the city of Austin, the report says.

Ambler collided with three fixed objects on and off the roadway, according to the office of the Texas Attorney General custodial death report.

The 14-minute body camera footage captured the moment the deputies stopped their vehicles, and when they started walking toward Ambler.

Ambler exited his car with his hands up, according to the documents obtained by CNN. He was unarmed and not intoxicated. Officers tried to handcuff Ambler, but said he resisted and pushed back on the officers as he refused to follow the verbal commands, according to Williamson County Sheriff’s Office case report.

Ambler is seen in distress. As they handcuff him, he is heard saying “I have congestive heart failure.”

Multiple times on the video, Ambler is also heard saying he can’t breathe and that he’s not resisting. Several minutes into the arrest, officers realize Ambler is unresponsive. Ambler is no longer heard on-camera.

Shortly after, officers took off Ambler’s handcuffs and can be heard administering CPR compressions until medical units arrived on the scene.

‘This case has been so unusual’

Ambler’s manner of death was ruled a homicide, according to the death report from the Texas Attorney General. Congestive heart failure, hypertensive cardiovascular disease associated with morbid obesity “in combination with forcible restraint” were listed as Ambler’s cause of death.

The Office of Professional Standards in the Williamson County Sheriff’s Department said, “After reviewing the video evidence, OPS concludes the primary deputy ‘JJ’ Johnson and assisting deputies acted in accordance with the guidelines set in the WCSO policy and used objective reasonableness in the level of force used. OPS also recommends the chain of command review the use of force and complete RMS Response to Resistance module, in accordance to WSCO policy.”

“We have determined that we need to take it to a grand jury,” Moore said, adding that officials with the Williamson County Sheriff’s Office have not been cooperative. “This case has been so unusual. It is not typical for us to encounter obstacles to getting evidence especially from another law enforcement agency.”

The Covid-19 pandemic prohibited setting a grand jury to hear the case in March, Moore said. Her office is trying to get the case heard in July, but it could possibly be delayed until August.

“It’s important, in today’s climate with the heightened response to officer-involved incidents, that the public know we are prosecuting this case, are taking it to the grand jury and we will do everything within our power to see that justice is done here,” she said.

CNN has reached out to the Williamson County Sheriff Office and Texas Attorney General’s Office.