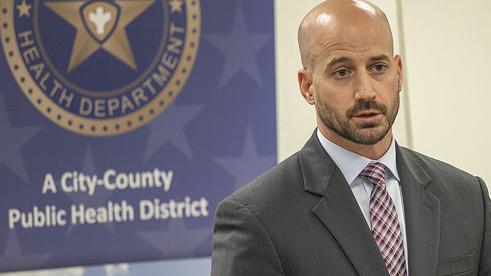 The Brazos County Health District announced five additional cases of COVID-19 on Saturday, and the death of a 16th person.

There are now 169 positive cases in Brazos County. The person who died was a man in his 70s, officials said.

There are 50 recovered cases — which is defined as someone who has been fever-free for 72 hours without fever-reducing medications and seven days has passed since the onset of symptoms — in the county. Eight people are in the hospital.

Officials said there are 103 active cases in the county. There have been 2,812 tests performed.

Brazos County’s deaths have been 10 women and six men; all have been over the age of 60, and two-thirds of them were in their 80s.

The Brazos County Health District’s next news conference is scheduled for 4:30 p.m. Monday.

The Texas Department of State Health Services reports 10 cases in Grimes County; five cases in Leon County and two cases each in Robertson and Madison counties.

The Milam County website now reports 11 cases there, up from nine reported cases on Friday.

There were 889 additional cases of the new coronavirus on Saturday, an increase of about 5% over the previous day, according to the Texas Tribune. There are now 18,260 cases in Texas, with two counties reporting their first cases Saturday. Three quarters of the state’s 254 counties have reported at least one case, the Tribune reports.

The death rate was up 6% over Friday, with 25 additional deaths reported, bringing the statewide total to 453. There are at least 1,321 people hospitalized in the state, which is a decrease of 201 from Friday, according to the Tribune. At least 176,239 cases have been reported.

The Waco-McLennan County Public Health District reported no new cases of COVID-19 on Saturday. There are 76 cases there, with 58 cases that have recovered. Three people are in the hospital, with two in critical condition, health officials said.