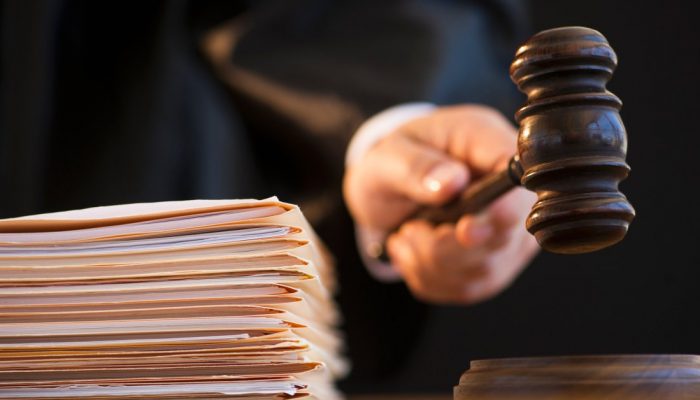 A California doctor accused of hawking a supposed “miracle cure” for COVID-19 is facing up to 20 years in prison for fraud.

Dr. Jennings Ryan Staley, a 44-year-old licensed physician who operates a medical spa, was charged with mail fraud on Thursday after allegedly promoting “COVID-19 treatment packs” which Staley said could offer immunity from the coronavirus for six weeks and could “100%” cure it, according to a release from the U.S. Attorney’s Office for the Southern District of California.

Starting in late March, Staley’s company, Skinny Beach Med Spa in Carmel Valley, Calif., started to send out email advertisements for the packs, which were priced at $3,995 for four people. Although the spa typically offered beauty services, including botox, laser treatments and fat transfers, the COVID-19 pack offered the medications hydroxychloroquine and azithromycin, “anti-anxiety treatments” and access to Staley. President Donald Trump has repeatedly touted the use of these particular medications to treated COVID-19 at press conferences, calling the unproven drugs “a game changer.”

The FBI started to investigate Staley after receiving a tip from the public, according to the U.S. Attorney’s Office. In a recorded call with an undercover agent posing as a customer, Staley said the medication he was offering was a “an amazing cure” for COVID-19 that worked as a “magic bullet.”

“It’s preventative and curative. It’s hard to believe, it’s almost too good to be true. But it’s a remarkable clinical phenomenon,” Staley said, adding that the disease “literally disappears in hours” according to the release.

However, while both hydroxychloroquine and azithromycin have been used by some physicians treat COVID-19, scientists say there isn’t enough evidence to recommend the drugs as treatments for SARS-CoV-2, and warn that there is no known cure for COVID-19. Experts also warn that taking hydroxychloroquine in particular, which is used to treat malaria and autoimmune disorders, may pose serious safety risks.

Dr. David Sullivan, professor of microbiology at the Johns Hopkins Bloomberg School of Public Health, has told TIME, “In general if hydroxychloroquine really, really worked, and it was a magic drug for COVID-19, we would know it by now.”

During the FBI’s overt investigation a week after the call, Staley denied saying that the treatment was a 100% cure for the infection caused by the virus, saying, “No, that would be foolish. We would never say anything like that.”

Staley had allegedly also claimed that his broker brought hydroxychloroquine from China to make the pills, smuggling the drugs through customs by describing it as sweet potato extract. Shipping records showed that Staley was scheduled to import supposed “yam extract.”

Omer Meisel, the acting special agent in charge of the FBI’s San Diego Field Office said in a statement that false cures would be “vigorously investigated by the FBI.”

“The FBI is using a variety of tools to identify anyone who exploits the current crisis with fraudulent scams or a variety of cyber schemes – and is proactively warning the public about products claiming to save lives, before losing their money or creating false hope. Scammers seeking to profit by exploiting fear and uncertainty during this COVID-19 pandemic will be brought to justice,” Meisel said.

If convicted, Staley could face up to 20 years in prison, a fine or other penalties.

Write to Tara Law at tara.law@time.com.