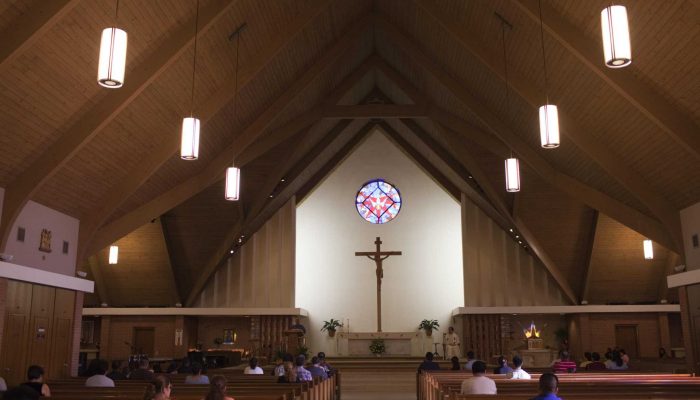 The news of the canceled services comes as a new report from the Centers for Disease Control and Prevention stated that large gatherings pose risk for coronavirus transmission and called on faith-based organizations to work with local health officials about implementing guidelines for modified activities.

The report looked at a rural Arkansas church, where a pastor and his wife attended church events in early March. At least 35 of 92 attendees tested positive for the coronavirus, and three people died. An additional 26 cases and a death occurred in the community from contact with the church cases, the report confirmed.

The report underscores the difficulty believers and faith leaders face as the need for the comfort of in-person worship grows stronger and lawmakers yield to a public growing tired of physical distancing measures.

The First Presidency and Quorum of the Twelve Apostles of The Church of Jesus Christ of Latter-day Saints released a letter to its general and local leaders on Tuesday that gives a detailed phased-in approach to worship services.

Local Mormon leaders must work the faith’s governing bodies to determine the time and location of meetings, which can now resume on a limited basis. Church officials will adhere to local government regulations in their phased-in approach to resuming normal activities.

The day after the church reopened for in-person worship, Kemp allowed private social clubs and restaurants to reopen under certain restrictions.

The decision for Catoosa Baptist Tabernacle to shutter its doors again is a result of several families in the congregation testing positive for the virus, despite the church’s caution to space seating six feet apart and to have its doors open to prevent frequent touching of doorknobs.

Around 25 percent of Catoosa Baptist Tabernacle members attended in-person service while the majority remained home and streamed services, according to the outlet.

Locking its doors for the second time is an act of “extreme caution,” according to the church.

“Our hearts are heavy as some of our families are dealing with the effects of the COVID-19 virus, and we ask for your prayers for each of them as they follow the prescribed protocol and recuperate at home,” the church said in a formal statement, according to the Christian Post.

The church did not specify the number of families affected by the virus, according to the outlet.

Holy Ghost parish had suspended services even though Texas Gov. Greg Abbott’s stay-at-home order for April 2 to April 30 had exempted places of worship, ABC News reported. The Archdiocese of Galveston-Houston had stopped weekday and Sunday Mass services on March 18 and only allowed parishes to be open for parishioners seeking prayer, according to the outlet.

Holy Ghost parish’s May 2 reopening happened around the time businesses and restaurants unlocked their doors for patrons. The archdiocese permitted its churches to restart services with the expectation that they follow state recommendations for reopening, according to ABC News.

The parish’s 900-seat building downsized the number of churchgoers for Sunday Mass to 179, according to the church in a statement. The May 2 service involved two priests who have since tested positive for the coronavirus. Three members of the church’s Redemptorists religious community were also confirmed to have the virus.

“We ask you to please keep everyone impacted by this illness in your prayers,” the church said in a statement.

The members who tested positive are asymptomatic and are quarantined, but those who attended the May 2 service are encouraged to monitor their health as a precautionary measure, according to the church.

The choice to cease all services for an unspecified amount of time came a day after the Rev. Donnell Kirchner, a priest at the church, died on May 13, of what is believed to be covid-19, the disease caused by the virus, according to ABC News.

Kirchner was diagnosed with pneumonia before dying at the home he shared with others members of the Redemptorists religious order. It is unknown if he was tested for the coronavirus at the urgent care or emergency room he visited before being sent home with medication, according to church officials.

Harris County, where the church is located, has the highest number of positive coronavirus cases in the state, ABC News reported.