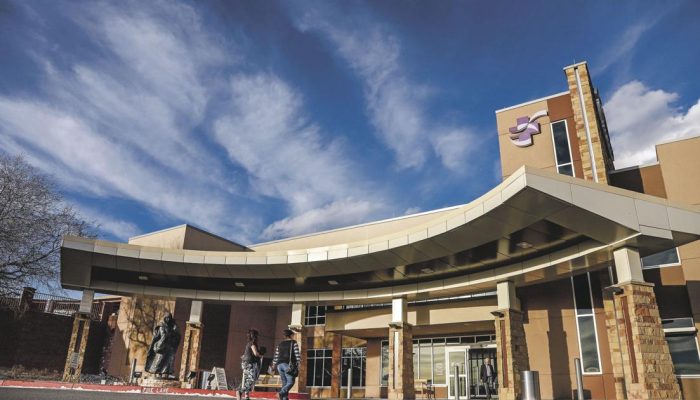 Could injecting the plasma of someone who has recovered from COVID-19 treat someone who is still in the throes of the disease?

That’s the hope of doctors at Christus St. Vincent Regional Medical Center in Santa Fe, where what could be the state’s first plasma transfusion for the disease was administered at 10 p.m. Monday in cooperation with a national program led by the Mayo Clinic to expand access to the experimental treatment.

Although the method itself is more than 100 years old, transferring antibodies — a protein found in blood that attacks bacteria and viruses — to treat COVID-19 is new.

Whether it’s a successful treatment for the virus causing the pandemic is still unknown.

But so far, hundreds of people across the U.S. have received transfusions containing the antibodies of people who have recovered from the disease. Reports published in medical journals analyzing data from the same treatment in China have proved promising enough to expand the experimental treatment here, and it’s even fueling a separate study into whether so-called convalescent plasma therapy could be used to prevent people from getting the virus in the first place.

The hope is that it will “help keep the virus at bay” and “possibly avert catastrophic illness in our community,” said Dr. David Gonzales, interim chief medical officer at Christus St. Vincent.

Medical officials with the hospital plan to reach out to more people in New Mexico who have recovered from COVID-19 to find more plasma donations and expand the treatment, Gonzales said.

John Caskey, a private practitioner in Santa Fe who works at the hospital, said he administered the treatment after the patient had been in the hospital for several days, needing a great deal of oxygen to survive.

The following morning, Gonzales said the patient seemed to be doing well. But it’s still too early to tell whether the treatment was successful.

In the patient’s case, being moved from the intensive care unit and requiring less oxygen will be a positive outcome, he said.

Christus Health, which has locations in Arkansas, Georgia, Louisiana and Texas, has seen eight of nine people who have received convalescent plasma therapy either moved out of ICUs or had symptoms improve, according to the health network.

The first plasma treatments for COVID-19 performed in the U.S. took place in New York and Texas in late March following approval from the Food and Drug Administration.

In New Mexico, the FDA approved Caskey’s request for emergency convalescent plasma treatment within an hour, the doctor said.

As cases in the state increase, “we’ll be able to offer them what for now is still experimental, but it’s becoming front-line therapy to help people to see if they can improve symptomatically,” said Gonzales. “And I think there’s many ways you can deliver this as well.”

For example, researchers at Johns Hopkins Medicine in Baltimore have received approval from the FDA to conduct a more rigorous study into whether convalescent plasma therapy could be used to prevent front-line medical workers from developing the disease.

Dr. Shmuel Shoham, one of the researchers working on the study, said the treatment already has been used to fight other diseases, such as respiratory syncytial virus in babies.

For RSV, a synthetic version of what’s known as pooled immunoglobulins — or the plasma of more than 1,000 plasma donors — is available to reliably treat babies with the virus. A similar treatment was used for the Ebola virus.

The hope is that it could work for COVID-19 as well.

“It’s a bridge to somewhere,” Shoham said. “If the equivalent version of what we do for RSV … was available today, I’d say don’t waste your time on plasma.”

The Johns Hopkins research team plans to compare results against a randomized control sample of front-line medical workers who do not receive such transfusions to see if it can work as an effective prevention. Shoham said information could even be informative for researchers working on developing a vaccine.

Although the expanded access to the treatment that Christus took advantage of in New Mexico is not technically a scientific study, the information could still be useful to researchers, Shoham said.

“Ultimately we’re very much hoping that there will be a drug or a pill” for treatment and eventually a vaccine, he said.