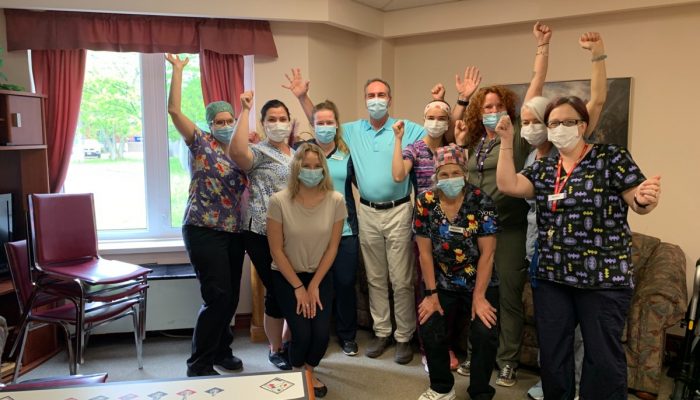 
What seemed like an “overkill” response to the COVID-19 pandemic in March has helped one local nursing home avoid the deadly impact of the coronavirus so far.

An outbreak was declared at Collingwood Nursing Home on May 14, and 14 days later it was declared over. Three women - one in her 70s, one in her 80s, and one over the age of 100 - first tested positive for COVID-19 during universal testing.

None of the women were showing signs of the coronavirus, and a second test came back negative for all three women.

No staff ever tested positive for COVID-19.

The home’s owner and administrator, Peter Zober, said he and his staff had discussed the possibility of an outbreak and positive test results through universal testing.

“We jumped on it early,” said Zober. “We are currently running as if we are in outbreak and have been since March 9.”

When no staff tested positive and a second test showed negative results for the women, Zober said he thought the first tests were likely false positives. But the home acted as though the women were infected with the coronavirus.

The three women were moved to the home’s four-bed convalescent care unit, which is separate from the two main resident wings. Some staff were dedicated to caring for the three women, and did not care for other patients during that time.

Anyone entering the rooms of the three women was using enhanced personal protection equipment.

Collingwood Nursing Home management offered a room at a local hotel for any staff who were concerned about going home and possibly transmitting the virus to their family members.

“A number of staff did take us up on that offer,” said Zober. ”It provided reassurance and security for those staff to remain at home.”

But beyond the actions of staff and management for the 14 days of the outbreak, Zober said the team has always had an infection prevention and control plan in place.

“We’re responding the same as we normally would for any outbreak,” he said.

However, he conceded the response has met more challenges than usual.

Zober has been spending his days almost exclusively on buying and sourcing personal protective equipment in volumes he’s never purchased before.

“We would order a case of masks [before the pandemic] and it would last for months … a case of 12 hand sanitizer jugs was good for a few weeks,” said Zober. “We had a just-in-time management approach: we always had some on hand, and when you open up the last case you order more.”

Suddenly, there was a worldwide shortage and you couldn’t simply order more.

“Nobody was prepared for it,” said Zober. “Even the suppliers had to ration to different customers they had.”

Zober had to source new suppliers, weeding through the companies that promised supplies but didn’t meet health standards.

He expects that to last a year.

After all, with no promise of a readily-available supply and a looming prediction of a second wave and two years of living with COVID-19, he wants to be prepared.

There’s one benefit to the pandemic for Zober. He’s got more staff now.

The province, under its state of emergency, is allowing long-term care facilities to hire people who do not have a personal support worker certificate.

“One of the best things the province did was remove the requirements for the time being for having certified PSW staff,” he said.

It’s allowed him access to a larger pool of employees, and the home’s management and staff have been training the new hires according to their health and safety protocols.

Those without prior certification shadow certified, veteran staff and work under their supervision.

It’s a throwback to the days of health-care aids and nurses' aids.

“For the last five to seven years, most homes in the province have been short-staffed because they simply could not find enough PSWs,” said Zober. “We need to do something to try to encourage people coming into health care in general.”

He would rather be able to hire PSWs with certification, but says training colleges are unable to fill their classes. But he said he was able to provide training in-house for the people who wanted the work.

“Health care is an awesome environment if you like caring for people and want to make a positive impact, which is one of the reasons why I’m still in it,” he said. “I do hope in the near future they consider changing things.”

Zober has owned and operated Collingwood Nursing Home, a 64-bed facility, for 30 years; it’s been a family-owned home since 1977.

“I’ve never seen anything like this to this degree,” said Zober. “The challenge is you have your standard of practice – how you hire people, how you get your supplies, how you deal with resident concerns and issues – and all of the sudden it’s turned upside down. Standard of practice is out the window. Suppliers can’t come through.”

He also noted it was hard to close the doors to family and volunteers, both of which were constant, positive supports to the home and the residents.

“Basically everything we’ve been practising in the past has been turned upside down,” he said.

Even something as simple as food delivery has changed. The truck driver leaves the order outside the home, and Zober has hired someone to take the weekly deliveries into the kitchen so it can be put away within an hour of arriving.

“All your common practices are not common anymore,” he said.

The increase in costs is also significant.

Zober called the increase “huge” but he’s not sure exactly how huge. While he’s focused on obtaining supplies, he hasn’t compared his increased costs to the COVID-19 funding provided by the government.

Though Zober and his team have their heads down as they push through uncommon practices on a daily basis, they have noticed the kindness of the community.

Zober said he is grateful for the drive-bys by fire trucks and the outreach from the community. He noted the home does not have any significant needs at the moment.

"It's been very wonderful," he said. 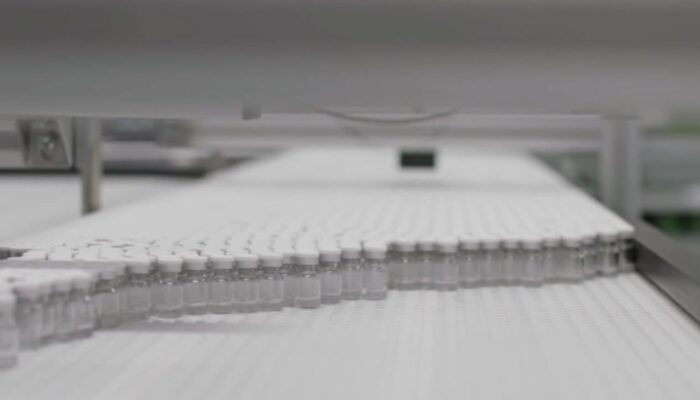 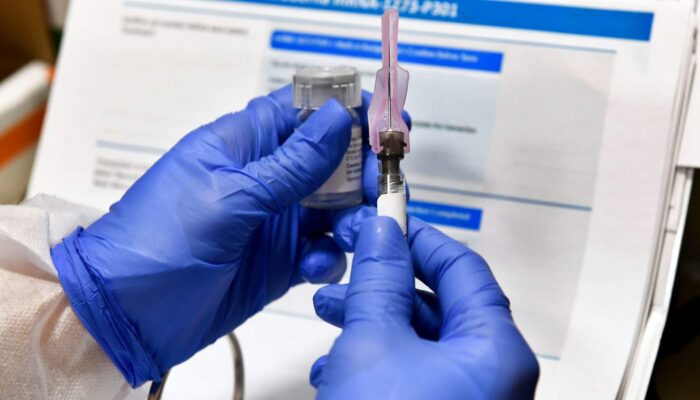 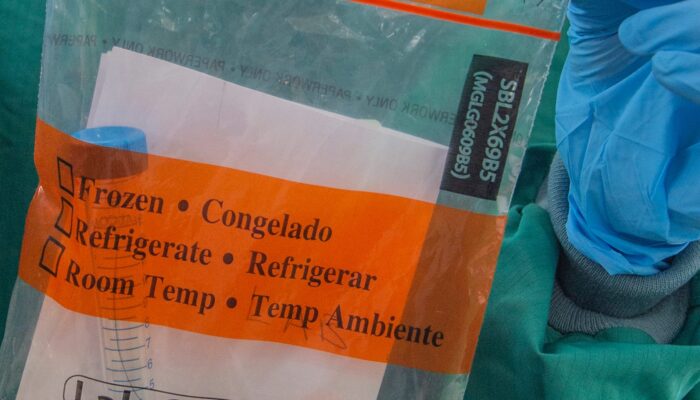