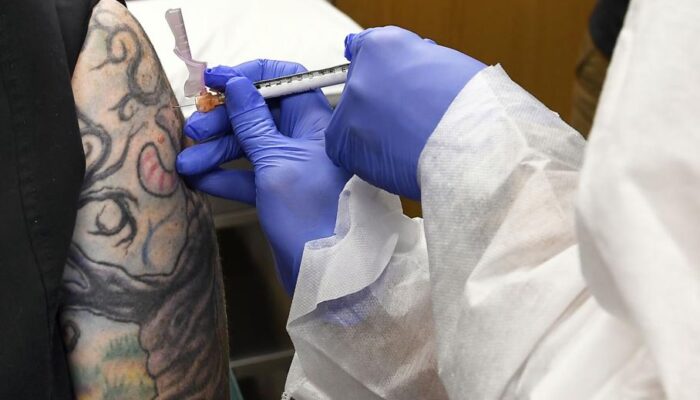 
This is the month when the national spirit should start to lift: COVID-19 vaccines could be administered by mid-December. While we won’t reach the summit of a mighty mountain this month, or well into next year, the ascent will have begun.

It is unlikely to be a smooth journey. There will be contention, accusation, litigation and frustration. Nothing so big as setting out to administer two-dose vaccines to the whole country could be otherwise.

But the pall that hangs so heavily with rising deaths, exhausted first responders and overstretched hospitals will begin to lift very slightly. For the rest of foreseeable history, there will be accusations leveled at the Trump administration for its handling of the pandemic, or its failure to handle it.

But one thing is certain: Our faith in our ability to make superhuman scientific efforts in the face of crisis will be restored. Developing a COVID-19 vaccine will be compared to putting a man on the moon.

The large pharmaceutical companies, known collectively as Big Pharma, have shown their muscle. The lesson: Throw enough research and unlimited money at a problem, accelerate the regulatory process, and a solution can result. Even globalization gets a good grade. The first-to-market vaccine comes from American pharmaceutical giant Pfizer. But the vaccine was developed at its small German subsidiary, BioNTech, by a husband-and-wife team of first-generation Turkish immigrants.

Biopharmaceutical research often takes place this way, akin to how it happens in Silicon Valley: Small companies innovate and invent, and larger ones gobble them up and provide the all-important resources for complicated and expensive clinical trials.

These contribute mightily to the cost of new drugs. A new “compound,” as a drug is called in the trade, can cost up to $2 billion to bring to market; and financial reserves are needed, should there be costly lawsuits.

The development of new drugs looks like an inverted pyramid. Linda Marban, a researcher and CEO of Capricor Therapeutics, a clinical-stage biotechnology company based in Los Angeles, explained it to me:

“The last 20 years have shown a seismic change in how drugs and therapies are developed. Due to the speed at which science is advancing, and the difficulty of early-stage development, most of the early-stage work is done by small companies or the occasional academic. Big Pharma has moved into the role of late-stage clinical, sometimes Phase 2, but mostly Phase 3 and commercial development.”

In the upheaval occasioned by the pandemic, overhaul of the Food and Drug Administration looms large as a national priority. It must be able to assess the safety and efficiency of desperately needed drugs without painful and often fatal delays.

“It is the most laborious and frustrating process which delays important scientific and medical discoveries from patients. There are many situations where patients are desperate for therapy, but we have to climb the long and ridiculous ladder of doing clinical trials due to inefficiencies at the site which include nearly endless layers of contracting, budget negotiations, IRB (Institutional Review Board) approvals and, finally, interest and attention from overworked clinical trial staff.”

This situation, according to Marban, is compounded by the FDA’s requirement for clinical trials conducted and presented in a certain way, which often precludes getting an effective therapy to market. “If we simplify this process alone, we could move rapidly towards treatments and even cures for many horrific diseases,” she added.

War is a time of upheaval, and we are at war against COVID-19. But war also involves innovation. We have proved that speed is possible when bureaucracy is energized and streamlined.

When COVID-19 is finally vanquished, it should leave a legacy of better medical research and sped-up approval procedures, benefiting all going forward.

Llewellyn King is executive producer and host of “White House Chronicle” on PBS. His email is llewellynking1@gmail.com. He wrote this for InsideSources.com.

About the Author: LLEWELLYN KING