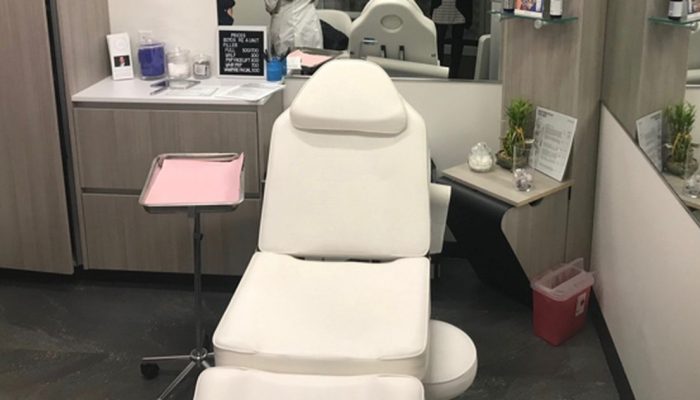 
It’s still not clear whether Gov. Kate Brown will allow some beauty treatments to resume as part of her decision to allow medical offices to restart elective procedures as early as Friday after more than a monthlong shutdown to stem the spread of the novel coronavirus.

But how about doctors or nurse practitioners who provide medical beauty services such as wrinkle reduction?

Spokeswoman Liz Merah said to stay tuned. The state might have additional “guidance” on opening day, she said.

In a sampling by The Oregonian/OregonLive, some owners believed they weren’t allowed to reopen, while others were adamant that the governor had given their industry permission to restart anti-aging or aesthetic procedures meant to improve the appearance of the skin or body.

Neighboring governors also have announced the loosening of some restrictions on the medical industry, albeit on a more limited basis than in Oregon.

California Gov. Gavin Newsom said last week that some elective or delayed surgeries — such as those for cancer or heart problems — can resume. But Newsom specified cosmetic surgeries are still barred for the time being.

Washington’s Gov. Jay Inslee on Wednesday clarified a previous order restricting nonurgent procedures. He gave health care providers more leeway to resume some of the procedures if delaying them would significantly harm the patient. Inslee’s direction appears to offer no wiggle room for Botox businesses or other medical spas to reopen.

The confusion in Oregon arose when Brown announced last week that elective, non-urgent medical and dental procedures could restart but didn’t offer a specific list of businesses.

When a reporter asked Hargunani whether “cosmetic procedures” would be allowed, Hargunani didn’t answer directly “yes” or “no.” Instead, she left the door open, saying: “We are not telling providers exactly what they can or cannot do. But we know that those that are most urgent and necessary are going to be the first on the list.”

“We are reopening May 4th!!!!!” Darm’s Facebook page reads. “We are so excited to see our patients and have our staff back. There will be new guidelines for scheduling an appointment but we are feeling very blessed.”

The post was met with a flurry of “likes” and comments such as “Awesome!!!! I can wait to see you again” and “That’s so good to hear the good news.”

Darm and the operators of several other medical beauty businesses contacted by the newsroom didn’t return messages asking for details about safety protocols and the reason for their decisions to reopen.

Some others said it’s far too soon. They’re concerned that meager testing means the state doesn’t have a handle on the true scope of the problem or the knowledge needed to contain the virus’ spread through contact tracing.

While Oregon has by far a lower number of known cases and deaths than some other states — 2,510 positive tests and 103 deaths – it also has tested only about one in every 100 residents.

Debora Masten, a certified advanced esthetician in Salem, said she won’t start offering customers chemical peels, laser hair removals and other treatments Friday because she doesn’t think her services are necessary at this stage in the pandemic.

“It’s supposed to be stuff you can’t put off,” Masten said. “I’m anxious to get open again, too, but I think we have to try as best we can to protect the public.”

Masten also noted that like many others who perform a range of treatments, she’s not a doctor or nurse practitioner and the governor hasn’t given her the OK. That’s even though she sees others who also aren’t medical professionals gearing up to reopen.

Sharon Griffin, a naturopathic doctor who operates Plush Botox Bar in Northeast Portland, wrote the governor this week urging her to end the confusion.

She asked Brown to specifically require the medical beauty industry to remain shuttered, like so many other businesses ranging from clothing stores to hair salons to dine-in restaurants.

“No one really needs Botox in May, but as things stand, they’re gonna get it and possibly a whole lot more in the bargain,” Griffin wrote.

She said in an interview that she supports restarting necessary procedures, like her husband’s CT scan scheduled next week to diagnose a medical problem.

But she has decided to hold off reopening her own business until at least June 1 to see how the spread of the disease continues to play out, even as she sees competitors around her planning to reopen.

Griffin said she’s passionate about what she does — injectables such as Botox and lip fillers — but doesn’t want to risk the health of customers for procedures that aren’t life or death matters.

“Nobody will die from a wrinkle,” Griffin said.

Subscribe to Oregonian/OregonLive newsletters and podcasts for the latest news and top stories.

About the Author: agreen