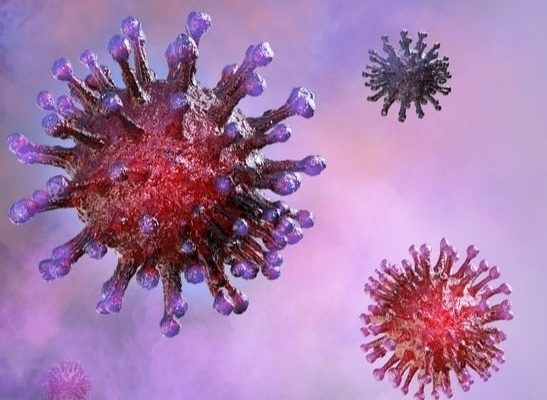 
AUSTIN, TX — Texas Gov. Greg Abbott on Tuesday announced he would allow barber shops, cosmetologists, hair salons and tanning booths and other businesses to reopen on Friday in the second phase of his plans to reopen the state economy.

The move comes after an April 27 executive order that allowed restaurants, movie theaters, malls and other businesses to reopen at partial capacity toward a full reopening of the state economy implemented in phases that began last Monday.

Beginning May 8, cosmetology salons, hair salons, barber shops, nail salons and shops — and other establishments where licensed cosmetologists or barbers practice their trade — will be allowed to open but must adhere to a distance of at least six feet between operating work stations, the governor said. Tanning salons may also reopen under the same limitation, Abbott added.

Also starting May 8, the governor said swimming pools may open subject to certain limitations that include occupancy or operating levels. Beginning May 18, office buildings may open with the greater of five or less individuals or 25 percent of the total office workforce per the governor’s new order. Office workers must adhere to physical distancing guidelines, per the order.

Gyms, exercise facilities, and exercise classes may also open on May 18, but must operate at 25 percent occupancy. Locker rooms and shower facilities will remain closed, but restrooms may open. Non-essential manufacturing services may also open on May 18 but facilities must limit their occupancy to 25 percent. These newly opened services are subject to recommended minimum standard health protocols outlined by state health officials, the governor noted. These protocols will be made available on the Open Texas webpage.

The governor also issued new guidance from the Texas Education Agency centered on graduation ceremonies. In expanding the businesses allowed to reopen, Abbott said gyms could open their doors again as early as May 18 so long as customers wear gloves while using the machines and maintain a buffer of at least 6 feet from others. However, showers and locker rooms must remain closed, the governor said.

No timeline was given as to when bars might reopen.

“Texas is in a position to continue opening parts of our economy because of the efforts and determination of the people of Texas,” Abbott said. “Over the past month, Texans have worked together to contain the spread of COVID-19 by following social distancing practices and staying at home whenever possible. As we move forward, I urge all Texans to continue following these social distancing guidelines and the health standards we have provided. With every Texan doing their part, we will contain COVID-19, we will unleash our entrepreneurs, and we will make it through this challenge together.”

The governor’s move comes amid pressure from fellow Republicans and some business proprietors to hasten the reopening. Across social media, barbershop owners were pictured defying the governor’s previous order limiting the businesses allowed to reopen as they gave customers haircuts.

According to multiple reports, Abbott is scheduled to travel to Washington, D.C. for a meeting with Donald Trump related to coronavirus response.

As Abbott detailed the second phase of the state reopening at a Tuesday news conference, health officials were updating the illness count statewide. Texas saw a spike in the number of new coronavirus cases after the first full week since the governor ordered the partial reopening of the state economy, with 1,028 additional cases reported in the past 24 hours and 22 more deaths.

According to a Texas Department of State Health Services dashboard that is updated daily, the number of coronavirus cases across the state reached 33,360 on Tuesday, an increase from the 32,332 additional cases reported on Monday. According to the dashboard, there have been 427,210 tests completed for the virus in Texas, which has a population of around 29 million.

The Texas Department of State Health Services dashboard indicates that 216 of the state’s 254 counties have now reported at least one case of coronavirus. Health officials also noted on the dashboard that 16,791 people have recovered statewide after having contracted the virus causing the respiratory illness.

Abbott highlighted the figures on Sunday, noting a two-day period when the number of recoveries from the illness outpaced the number of active cases. “That’s exactly what we want to see,” Abbott wrote on Twitter. “Texas ranks third among U.S. states with the highest recovery numbers.”

GREAT NEWS: The number of Texans who have RECOVERED from #COVID19 now exceeds the number of active COVID cases for the past 2 days. That’s exactly what we want to see. Texas ranks 3rd highest among states for number of people who have recovered from #coronavirus. #txlege
— Greg Abbott (@GregAbbott_TX) May 3, 2020

Yet the cumulative rate of illness shows a consistent upward trend since the onset of illness. An increase of 784 cases seen on Monday broke a four-day streak of 1,000-plus diagnoses hikes only to usher in 1,028 new cases on Tuesday to potentially resurrect the upward illness trend.

In issuing his latest executive orders toward reopening the economy on April 27 — easing previous restriction in the process — Abbott also waived the mandate to wear masks, making the choice optional. The governor took time to note his orders trump those issued by local officials who would no longer be able to assess fines to those not adhering to the safety measure of wearing protective face coverings.

Others feel it’s too soon for reopening

Many fear the governor’s relaxed rules related to phsical distancing and mask wearing might now usher in a second wave of illness. Jaquelin P. Dudley, professor at the Department of Molecular Biosciences, College of Natural Sciences, at the University of Texas at Austin has been studying viruses since 1973. In a telephone interview with Patch, Dudley said she’s seeing a plateau of illness in recent days but an uptick in the last week — a trend that wouldn’t prompt her to call for a reopening of the state economy.

“I’m looking at the same numbers as you are, and see a plateau of new cases,” she said. “I don’t see it as a reason for an open-door policy. You can’t just wave a magic wand and have it go away. I don’t see the rationale for the types of businesses to be reopened,” she added, referencing restaurants and movie theaters in particular. “I dont think people are being reassured by what the goverment has said but operating on the fact they can’t go back to normal.”

Others share similar concerns. Despite the governor’s blessings on reopening, many proprietors have opted to stay closed until the all-clear is given by health officials. The operators of Alamo Drafthouse theaters previously announced their decision to stay closed for the time being as well.

Furthering such resolve is the largely unknown nature of the new coronavirus itself. “Coronavirus hasn’t been studied that intensely because it hadn’t caused a pandemic before,” Dudley said. While cousins of the virus — the MERS outbreak of 2012, for example — have caused high mortality rates in the past, permutations had not previously caused a global pandemic.

Studying the recent numbers, Dudley told Patch she detected a plateau emerging after residents started adhering to social distancing guidelines — donning masks while keeping at least 6 feet from each other. In the past few days, however, what she’s seen are spikes. Rather than an exquisite focus on a two-day increase in recoveries against the overall trend, Dudley said she is studying the numbers on seven-day rolling averages with allowances made for underreporting on weekends.

“If anything, what I’m seeing is an uptick in the last week,” the professor said. “Looking at just the total numbers going up or down is a little deceiving. We’re going to get another uptick. I don’t think we’re at a point we’ve used up all the susceptible people.”

Abbott expressed similar concerns in a leaked audio of his call with state and federal lawmakers aired by the Quorum Report, an Austin-published newsletter. In the call, Abbott privately conedes reopening the economy would likely lead to the spread of illness. “It’s almost ipso facto, the more that you have people out there the greater the possibility there is for transmission,” Abbott is heard saying in the leaked audio of his telephone call with state and federal lawmakers.

Surge response teams at the ready

Assusaging such concerns, the governor during his press conference revealed creation of the Surge Response Teams to combat potantial coronavirus flare-ups after the second phase of the economy reopening. To that end, Chief Kidd and Commissioner Wilson provided details on the newly formed Surge Response Teams.

The specialized teams are led by the Texas Division of Emergency Management and the Health and Human Services Commision with inclusion of representatives from the the Texas Military Department, Texas Department of State Health Services, the Texas Emergency Medical Task Force and others.

See the presentation by Chief Kidd and Commissioner Wilson here

The teams also will work with local officials to establish health and social distancing standards to contain these flare ups. Several Surge Response Teams have already been deployed to locations across the state.

Texas Education Agency Commissioner Morath also provided new guidance on class of 2020 graduation ceremonies for Texas school districts during the press conference. The agency is providing four different pathways for schools to celebrate their graduating seniors, and each district is at liberty to determine if any of these options best serve the needs and desires of their community:

Completely virtual ceremonies that take place entirely online, with the use of videoconference or other technologies.Hybrid ceremonies, which consist of a compilation of videos of students being recognized in person as they celebrate graduation in small groups.Vehicle ceremonies, in which students and their families wait in their cars while other graduates are recognized one at time with their families alongside them.Outdoor in-person ceremonies, which are currently permitted for counties as follows: Between May 15 and May 31, an outdoor ceremony may take place in a rural county that has an attestation as described in the Governor’s Report to Open Texas that remains in effect 7 days prior to the ceremony. An outdoor ceremony may take place in any Texas county on or after June 1.

Full details of the TEA’s graduation ceremony guidance can be found on the TEA website.