Home Houston Covid News Coronavirus deaths in nursing homes grow, as N.J. still tries to sort out the grim toll in each facility 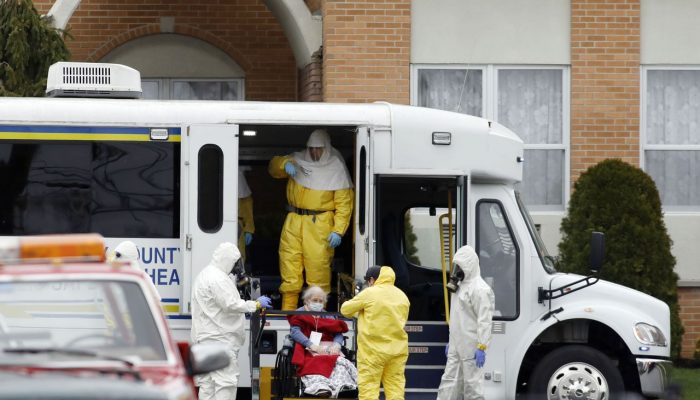 The number of COVID-19 cases in New Jersey nursing homes continues to rise, but officials acknowledged Monday they are still unable to give an accurate breakdown of the death toll by facility.

State Health Commissioner Judith Persichilli said her department is attempting to reconcile those numbers, noting that in some cases there has been confusion because the number of deaths reported by some nursing homes have included both residents and staff members.

The department overall reported 16,277 cases of coronavirus in nursing homes and other long-term care facilities on Monday, up from 14,579 cases on Friday. All together, there were 2,973 deaths attributed to COVID-19, up from 2,696 deaths just three days ago in nursing homes.

Questions about the accuracy of the data, though, have been raised since the state first began releasing the numbers last week. Those figures, which New Jersey had been long reluctant to provide, were finally disclosed after federal officials ordered the nation’s nursing home operators last Sunday to alert patients and their families if there are cases of the coronavirus within their walls.

The state’s numbers last week were repeatedly challenged by some facility administrators as well as employees and family members. In some instances, facilities did not appear to have included deaths known to have occurred. Others complained the state numbers overstated what had been reported.

The Department of Health said the data is all self-reported by the nursing homes, but added that the figures may also be a day or more old. In some cases, they said they have been found several facilities still continue to combine staff with patient deaths. The department has said it is working on a revised system that would allow for more up-to date data. But Persichilli repeatedly has reiterated that the overall numbers are “directionally accurate.”

What is not in question is the very real impact the pandemic has had on nursing home residents in this state.

About three in ten deaths in New Jersey from the coronavirus has occurred in a long-term care facility — if only counting those cases that are lab-confirmed for COVID-19. That statistic jumps to nearly half of all coronavirus deaths statewide, if all the nursing home deaths where viral infection is suspected are included in the grim calculations.

There are currently 476 facilities in the state with viral outbreaks, according to the department.

Some families also still complain that they are getting little information about their loved ones in long-term care facilities. Last year, Gov. Phil Murphy signed a law requiring nursing homes to notify all facility residents, staff members and visitors within 24 hours of any outbreak in a facility. Health officials said Persichilli issued memos in March to all long-term care facilities reminding them of their obligation under the law. A second reminder notice was sent to facilities on April 4.

According to the latest numbers released on Monday, the New Jersey Veterans Memorial Home in Paramus had the highest number of confirmed COVID-19 cases in the state, at 241, and the most deaths, with 53.

New Jersey Army National Guard medics and other staff have been deployed to the veteran’s facilities in Paramus and Menlo Park in recent weeks, which are both struggling with depleted staffs and mounting deaths from the coronavirus.

There were 37 deaths and 114 confirmed cases reported yesterday at the home in Menlo Park.

The state Department of Veterans Affairs operates both facilities, as well as a third nursing home in Vineland.

Lincoln Park Care Center, in Lincoln Park, Morris County, was second on the list in terms of total deaths, 48 — which had not changed since last Friday. It reported 163 confirmed cases of the coronavirus.

Andover Subacute and Rehabilitation Center I and II in Sussex County, which put a national spotlight on the vulnerability of nursing home patients after reports revealed 17 bodies had piled up at the facility over Easter weekend, reported 45 deaths and 190 confirmed cases in the latest report — the third most number of deaths in New Jersey.

Our journalism needs your support. Please subscribe today to NJ.com.

Ted Sherman may be reached at tsherman@njadvancemedia.com.