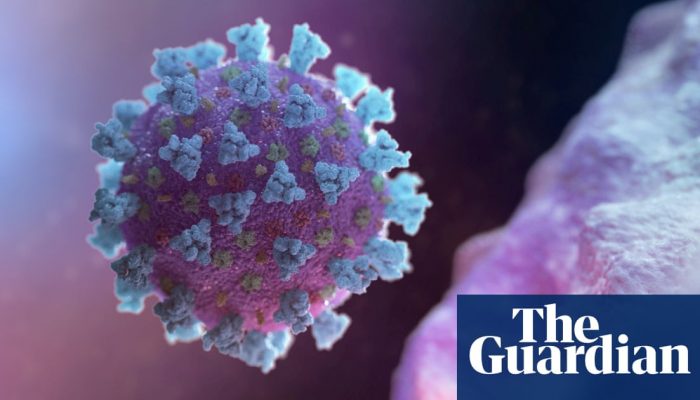 But their impact has been mild compared with the global havoc unleashed by the coronavirus that is causing the Covid-19 pandemic. In only a few months it has triggered lockdowns in dozens of nations and claimed more than 100,000 lives. And the disease continues to spread.

That is an extraordinary achievement for a spiky ball of genetic material coated in fatty chemicals called lipids, and which measures 80 billionths of a metre in diameter. Humanity has been brought low by a very humble assailant.

On the other hand, our knowledge about Sars-CoV-2, the virus that causes Covid-19, is also remarkable. This was an organism unknown to science five months ago. Today it is the subject of study on an unprecedented scale. Vaccines projects proliferate, antiviral drug trials have been launched and new diagnostic tests are appearing.

The questions are therefore straightforward: what have we learned over the past five months and how might that knowledge put an end to this pandemic?

How coronavirus changed the world in three months – video

Where did it come from and how did it first infect humans?

The Sars-CoV-2 virus almost certainly originated in bats, which have evolved fierce immune responses to viruses, researchers have discovered. These defences drive viruses to replicate faster so that they can get past bats’ immune defences. In turn, that transforms the bat into a reservoir of rapidly reproducing and highly transmissible viruses. Then when these bat viruses move into other mammals, creatures that lack a fast-response immune system, the viruses quickly spread into their new hosts. Most evidence suggests that Sars-CoV-2 started infecting humans via an intermediary species, such as pangolins.

“This virus probably jumped from a bat into another animal, and that other animal was probably near a human, maybe in a market,” says virologist Professor Edward Holmes of Sydney University. “And so if that wildlife animal has a virus it’s picked up from a bat and we’re interacting with it, there’s a good chance that the virus will then spread to the person handling the animal. Then that person will go home and spread it to someone else and we have an outbreak.”

As to the transmission of Sars-CoV-2, that occurs when droplets of water containing the virus are expelled by an infected person in a cough or sneeze.

Health officials inspect bats to be confiscated in the wake of a coronavirus outbreak at a live animal market in Solo, Central Java, Indonesia. Photograph: AP

How does the virus spread and how does it affect people?

Virus-ridden particles are inhaled by others and come into contact with cells lining the throat and larynx. These cells have large numbers of receptors – known as Ace-2 receptors – on their surfaces. (Cell receptors play a key role in passing chemicals into cells and in triggering signals between cells.) “This virus has a surface protein that is primed to lock on that receptor and slip its RNA into the cell,” says virologist Professor Jonathan Ball of Nottingham University.

Once inside, that RNA inserts itself into the cell’s own replication machinery and makes multiple copies of the virus. These burst out of the cell, and the infection spreads. Antibodies generated by the body’s immune system eventually target the virus and in most cases halt its progress.

“A Covid-19 infection is generally mild, and that really is the secret of the virus’s success,” adds Ball. “Many people don’t even notice they have got an infection and so go around their work, homes and supermarkets infecting others.”

By contrast, Sars – which is also caused by a coronavirus – makes patients much sicker and kills about one in 10 of those infected. In most cases, these patients are hospitalised and that stops them infecting others – by cutting the transmission chain. Milder Covid-19 avoids that issue.

Why are coronavirus mortality rates so different? – video explainer

Why does the virus sometimes cause death?

Occasionally, however, the virus can cause severe problems. This happens when it moves down the respiratory tract and infects the lungs, which are even richer in cells with Ace-2 receptors. Many of these cells are destroyed, and lungs become congested with bits of broken cell. In these cases, patients will require treatment in intensive care.

Even worse, in some cases, a person’s immune system goes into overdrive, attracting cells to the lungs in order to attack the virus, resulting in inflammation. This process can run out of control, more immune cells pour in, and the inflammation gets worse. This is known as a cytokine storm. (In Greek, “cyto” means cell and “kino” means movement.) In some cases, this can kill the patient.

Just why cytokine storms occur in some patients but not in the vast majority is unclear. One possibility is that some people have versions of Ace-2 receptors that are slightly more vulnerable to attacks from the coronavirus than are those of most people.

Are we protected for life if we get infected?

Doctors examining patients recovering from a Covid-19 infection are finding fairly high levels of neutralising antibodies in their blood. These antibodies are made by the immune system, and they coat an invading virus at specific points, blocking its ability to break into cells.

“It is clear that immune responses are being mounted against Covid-19 in infected people,” says virologist Mike Skinner of Imperial College London. “And the antibodies created by that response will provide protection against future infections – but we should note that it is unlikely this protection will be for life.”

Instead, most virologists believe that immunity against Covid-19 will last only a year or two. “That is in line with other coronaviruses that infect humans,” says Skinner. “That means that even if most people do eventually become exposed to the virus, it is still likely to become endemic – which means we would see seasonal peaks of infection of this disease. We will have reached a steady state with regard to Covid-19.”

The virus will be with us for some time, in short. But could it change its virulence? Some researchers have suggested that it could become less deadly. Others have argued that it could mutate to become more lethal. Skinner is doubtful. “We have got to consider this pandemic from the virus’s position,” he says. “It is spreading round the world very nicely. It is doing OK. Change brings it no benefit.”

In the end, it will be the development and roll-out of an effective vaccine that will free us from the threat of Covid-19, Skinner says.

When will we get a vaccine?

On 9 April, the journal Nature reported that 78 vaccine projects had been launched round the globe – with a further 37 in development. Among the projects that are under way is a vaccine programme that is now in phase-one trials at Oxford University, two others at US biotechnology corporations and three more at Chinese scientific groups. Many other vaccine developers say they plan to start human testing this year.

Around the globe, there are 78 vaccine projects. Photograph: Dado Ruvić/Reuters

This remarkable response raises hopes that a Covid-19 vaccine could be developed in a fairly short time. However, vaccines require large-scale safety and efficacy studies. Thousands of people would receive either the vaccine itself or a placebo to determine if the former were effective at preventing infection from the virus which they would have encountered naturally. That, inevitably, is a lengthy process.

As a result, some scientists have proposed a way to speed up the process – by deliberately exposing volunteers to the virus to determine a vaccine’s efficacy. “This approach is not without risks but has the potential to expedite candidate vaccine testing by many months,” says Nir Eyal, a professor of bioethics at Rutgers University.

Volunteers would have to be young and healthy, he stresses: “Their health would also be closely monitored, and they would have access to intensive care and any available medicines.” The result could be a vaccine that would save millions of lives by being ready for use in a much shorter time than one that went through standard phase three trials.

But deliberately infecting people – in particular volunteers who would be given a placebo vaccine as part of the trial – is controversial. “This will have to be thought through very carefully,” says Professor Adam Finn of Bristol University. “Young people might jump at the opportunity to join such a trial but this is a virus that does kill the odd young person. We don’t know why yet. However, phase-three trials are still some way off, so we have time to consider the idea carefully.”

• This article was amended on 12 April 2020. The original version incorrectly described the Covid-19 virus as measuring “an 80-billionth of a metre”, when it should have said “80 billionths of a metre”. A quote from Mike Skinner, responding to whether Covid-19’s virulence could change, was also corrected.

Due to the unprecedented and ongoing nature of the coronavirus outbreak, this article is being regularly updated to ensure that it reflects the current situation as best as possible. Any significant corrections made to this or previous versions of the article will continue to be footnoted in line with Guardian editorial policy.