Home TexasCovidNews Coronavirus: How India will play a major role in a Covid-19 vaccine 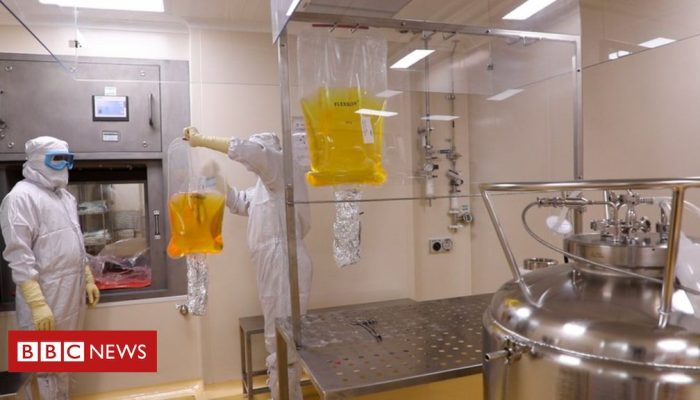 Half a dozen Indian companies are developing vaccines for coronavirus

US Secretary of State Mike Pompeo said last fortnight that India and the US were working together to develop vaccines against the coronavirus.

They have worked on stopping dengue, enteric diseases, influenza and TB in their tracks. Trials of a dengue vaccine are planned in the near future.

India is among the largest manufacturer of generic drugs and vaccines in the world. It is home to half a dozen major vaccine makers and a host of smaller ones, making doses against polio, meningitis, pneumonia, rotavirus, BCG, measles, mumps and rubella, among other diseases.

Now half a dozen Indian firms are developing vaccines against the virus that causes Covid-19.

One of them is Serum Institute of India, the world’s largest vaccine maker by number of doses produced and sold globally. The 53-year-old company makes 1.5 billion doses every year, mainly from its two facilities in the western city of Pune. (It has two other small plants in the Netherlands and the Czech Republic.) Around 7,000 people work for the firm.

The company supplies some 20 vaccines to 165 countries. Some 80% of its vaccines are exported and, at an average of 50 cents a dose, they are some of the cheapest in the world.

Now the firm has stitched up collaboration with Codagenix, an American biotech company, to develop a “live attenuated” vaccine, among the more than 80 reportedly in development all over the world.

This vaccine is created by reducing the virulence – or removing the harmful properties – of a pathogen but keeping it alive. (They cause no or very mild disease because the pathogen is weakened under laboratory conditions.)

“We are planning a set of animal trials [on mice and primates] of this vaccine in April. By September, we should be able to begin human trials,” Adar Poonawalla, chief executive officer of Serum Institute of India, told me over the phone.

Mr Poonawalla’s firm has also partnered to mass produce a vaccine being developed by the University of Oxford and backed by the UK government. A genetically engineered chimpanzee virus would form the basis for the new vaccine. Human clinical trials began in Oxford on Thursday. If all goes well, scientists hope to make at least a million doses by September.

“It’s pretty clear the world is going to need hundreds of millions of doses, ideally by the end of this year, to end this pandemic, to lead us out of lockdown,” Prof Adrian Hill, who runs the Jenner Institute at Oxford, told the BBC’s Health and Science correspondent James Gallagher.

This is where Indian vaccine makers have a head start over others. Mr Poonawalla’s firm alone has an extra capacity of 400 to 500 million doses. “We have lots of capacity as we have invested in it,” he says.

There’s more. Hyderabad-based Bharat Biotech had announced a partnership with the University of Wisconsin Madison and US-based firm FluGen to make almost 300 million doses of a vaccine for global distribution. Zydus Cadilla is working on two vaccines, while Biological E, Indian Immunologicals, and Mynvax are developing a vaccine each. Another four or five home-grown vaccines are in early stages of development.

“The credit must go to entrepreneurs and pharmaceutical companies who invested in quality manufacturing and in processes that made it possible to produce in bulk. The owners of these companies have also had the goal of doing good for the world, while also running a successful business and this model is a win-win for all,” Soumya Swaminathan, chief scientist of the World Health Organization (WHO), told me.

Experts warn that people should not be expecting a vaccine in the market any time soon.

Media captionCoronavirus: What is a vaccine and how is one made?

David Nabarro, professor of global health at Imperial College, London, says humans will have to live with the threat of coronavirus “for the foreseeable future” because there’s no guarantee that a vaccine will be successfully developed.

And Tim Lahey, a vaccine researcher at the University of Vermont Medical Centre, warns that there’s a “good reason to worry a coronavirus vaccine would elicit harmful immune responses too”.

Global Covid-19 infections have hit nearly 3m with more than 206,000 deaths. Developing a safe vaccine which can be mass produced is going to be a time consuming exercise – every lot has to be chemically and biologically tested before being released. “But we are hopeful, very hopeful, of having a safe and efficacious vaccine in two years or less,” says Mr Poonawalla.