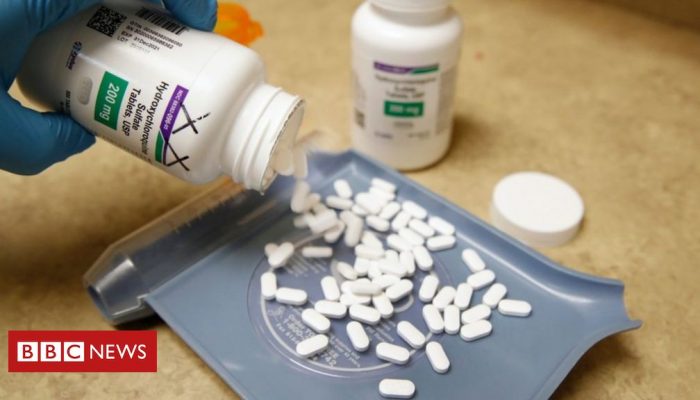 An influential article that found hydroxychloroquine increases the risk of death in coronavirus patients has been retracted over data concerns.

Three of the study’s authors said they could not longer vouch for its veracity because Surgisphere, a healthcare firm behind the data, would not allow an independent review of its dataset.

Its findings led the WHO to suspend its testing on the anti-malaria drug.

But leaders including US President Donald Trump continue to tout its use.

Surgisphere chief executive Sapan Desai, the study’s fourth author, told The Guardian newspaper he would co-operate with an independent audit but said transferring the data would “violate client agreements and confidentiality requirements”.

What did the study say?

Research for the article, published last month in medical journal The Lancet, involved 96,000 coronavirus patients across 671 hospitals worldwide. Nearly 15,000 were given hydroxychloroquine – or a related form, chloroquine – either alone or with an antibiotic.

It concluded that the drug showed no benefits against coronavirus and increased the risk patients developing irregular heart rhythms and dying.

Mandeep Mehra, a Harvard University professor who led the study, together with Frank Ruschitzka of the University Hospital Zurich and Amit Patel of the University of Utah, said in a statement that they had tried to arrange for a third-party peer review of the data, but Surgisphere had refused to co-operate.

“We deeply apologize to you, the editors, and the journal readership for any embarrassment or inconvenience that this may have caused,” the group added.

Is there any evidence the drug works against coronavirus?

There is concern in the scientific community about using such drugs to treat coronavirus.

Hydroxychloroquine is safe for treating malaria, and conditions like lupus or arthritis, but so far no clinical trials have recommended it for use against Covid-19.

Results from one clinical trial at the University of Minnesota have shown that hydroxychloroquine is not effective at preventing coronavirus.

What’s known about anti-malarial drugs and Covid-19?
The unproven ‘corona drug’ US is threatening India

The WHO said on 3 June that it would resume its trials after halting them last month.

Other studies are also taking place in several countries including the UK, US and Senegal.

In March, the US Food and Drug Administration granted an “emergency use” authorisation for its use on a limited number of hospitalised cases. But the following month, it issued a warning about its use because of reports of heart problems in some patients.

Why has it gained prominence?

Despite concerns for its safety and efficacy, US President Donald Trump revealed in May that he was taking hydroxychloroquine as a preventative measure against Covid-19, but later said he’d stopped.

Mr Trump has repeatedly referred to its potential. At a press conference in April, he said: “What do you have to lose? Take it.”

Following Mr Trump’s comments, there was a sharp increase reported in prescriptions in the US for both hydroxychloroquine and the related drug, chloroquine.

Brazilian President Jair Bolsonaro has also claimed in a video that “hydroxychloroquine is working in all places.” This was removed by Facebook for breaching its misinformation guidelines.

There has also been a global surge in demand for them.