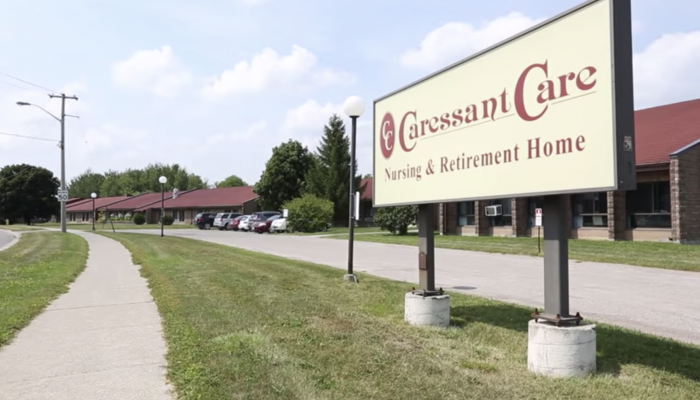 New coronavirus outbreaks have been declared at long-term care facilities in Lindsay and Brighton and one recently declared outbreak has been rescinded, the region’s health unit announced late Tuesday night.

In a statement issued at 11 p.m., the Haliburton, Kawartha, Pine Ridge District Health Unit said outbreaks have been declared at Caressant Care in Lindsay and Maplewood Nursing in Brighton, both long-term care facilities.

An outbreak also remains in effect at Case Manor Community Care in Bobcaygeon. The health unit also said an outbreak declared on May 1 at Adelaide Place in Lindsay was rescinded on Tuesday.

On Tuesday, the health unit adjusted its overall coronavirus cases to 158. The change sees the number of confirmed cases in the City of Kawartha Lakes go from 139 on Sunday to increase to 142 on Monday and now drop to 138 reported as of Tuesday.

“A laboratory decision was made to reject all COVID-19 positive test results performed over the weekend of April 25-26. After re-swabbing and re-testing, five cases previously reported confirmed cases have been removed as re-testing has indicated negative results for COVID-19,” the health unit stated.

Of the 138 cases in the municipality, 103 are resolved. There have been 32 deaths – 28 associated with the outbreak at Pinecrest Nursing Home in Bobcaygeon.

The 13 cases in Northumberland County and seven in Haliburton County have all been resolved. The health unit notes all data is 25-hours behind real-time data.

The health unit says enhanced surveillance testing on April 30 led to the one asymptomatic resident at Caressant Care testing positive for COVID-19 with the outbreak being declared on Monday. According to the health unit, the patient lived in a private room but shared a common dining room and areas such as halls.

As a result, all individuals have now been isolated to their rooms and will receive meal tray service. More test results for this facility are still pending.

“We are working with public health and doing everything we can to minimize the risk to our residents and staff,” said Stuart Oakley, communications and marketing manager for Caressant Care Nursing and Retirement Homes.

“Having the additional testing done is allowing us to identify individuals who have the virus to ensure we put measures in place to help stop the spread to others within our facility.”

The health unit says an outbreak at Maplewood Nursing was declared on Monday after a test on May 1 on one symptomatic resident was positive for COVID-19. Forty-one residents live in the one-floor home which has a ward and semi-private rooms.

Omni Health Care, which operates Maplewood, says the patient has been isolated in a room. Tray service for resident meals has been implemented and staff have been using personal protective equipment and will now be limited to working in specified areas to help reduce any
potential spread.

Enhanced surveillance testing for Maplewood was scheduled for later this week, but will take place earlier due to this confirmed test result.

“We are continuing to work with the health unit to ensure the health and safety of our residents and staff,” said Patrick McCarthy, president and CEO of Omni Health Care.

“We have implemented the recommended isolation and other infection prevention and control protocols and continue to monitor our residents to look for any additional symptoms.”

However, on May 1, the health unit says it was notified of an error from Bio-Test Laboratories in Ottawa which “may have resulted” in false positive test results for the 12 individuals.

The health unit says all were re-tested and on Tuesday, five of the individuals’ results were negative.

“The remaining test results have not been returned and so the outbreak has not been lifted pending those results,” the health unit stated.

The health unit notes an outbreak declared on May 1 at Adelaide Place in Lindsay was rescinded on Tuesday. The health unit says an error from Bio-Test Laboratories again resulted in a false positive test result after an asymptomatic resident had been tested as part of the routine practice for new residents.

“The same day the health unit declared the outbreak, it was notified that a lab error may have resulted in the false-positive test result for the one individual at Adelaide Place,” the health unit stated. “The resident was reswabbed and today (Tuesday) the results were returned showing the person did not have COVID-19. The outbreak was then lifted.”

Dr. Lynn Noseworthy, the health unit’s medical officer of health, says it is working closely with the region’s hospitals, paramedics and family health teams to test symptomatic and asymptomatic residents and staff of long-term care homes and retirement homes as part of an enhanced surveillance program.

“We are extremely lucky to be working with our health care partners to complete this surveillance testing,” she said. “Staff from the homes, who were in many instances assisted by staff from hospitals, EMS services and family health teams, have been instrumental in getting the testing done quickly so that we can have a clearer picture of what kind of spread we are seeing in our communities.”

About the Author: Greg Davis