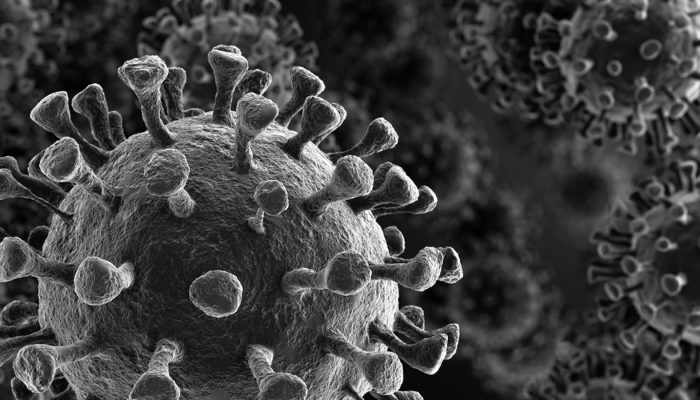 AUSTIN, Texas — Texas’ coronavirus death toll hit a single-day high of 50 on Thursday, just as the state was preparing for a slow reboot of one of the world’s largest economies by reopening retail, restaurants, malls and movies to limited amounts of customers.

Republican Gov. Greg Abbott’s stay-at-home order expires Friday. The state-reported death toll of 119 over the past three days marks the deadliest stretch since Texas’ first fatality in the pandemic was recorded March 17. Thursday’s 1,033 new cases is the first time the state has been over 1,000 since April 10.

The governor has pushed for the reopening to rescue a state economy walloped by staggering unemployment. Labor advocates have criticized the plan as short on safety for workers, and questioned by some Democrats, notably the leadership of the state’s largest cities, as too soon

“Today is a dark day in Texas,” the Texas Democratic Party said in a statement. “Abbott’s decision to let Texas’ stay-at-home order expire is reckless, irresponsible, and puts all of us at risk.”

Abbott spokesman John Wittman said despite the spike in new infections, Texas has boosted testing and the infection rate per test is down to about 7%, compared with above 10% a few weeks ago.

“As Texas ramps up its testing, there will be more positive cases,” Wittman said. “The hospitalization rate has remained steady and the fact remains Texas has one of the lowest death rates per capita in the country, showing the success of our efforts.”

According to the Texas Workforce Commission, the state has paid $2.7 billion to the 1.93 million Texas workers who have applied for unemployment since March 14. Nationally, more than 30.3 million workers have filed in the last six weeks.

Abbott’s new order allows restaurants, retailers, malls and movie theaters statewide to open at 25% capacity. Counties with no more than five confirmed cases of the coronavirus will be able to serve customers at a 50% threshold. Bars, barbershops, hair salons and gyms remain closed, as do universities and schools for more than 5 million children.

A Texas Restaurant Association survey this week of about 430 of its members found that only about half planned to open, said group President Emily Williams Knight. Many are waiting to figure out staffing and supplies, she said.

For those that want to open, Friday “allows them to put their toe back in the water, reopen and do it in a safe way,” Williams Knight said.

Reale said he has kept his 32 workers on staff while his restaurant shifted to carry-out and delivery orders only and none have told him they won’t work when he reopens. He has not asked anyone to sign a liability waiver.

“I haven’t even thought of such a thing,” Reale said. “No worker has said they won’t return. It’s a family restaurant. Some staff has been with us more than 20 years.”

Labor leaders have said the governor’s new order doesn’t offer workers any real protection. The Texas AFL-CIO said workers should be guaranteed they’ll have access to proper personal safety equipment and protected from retaliation if they report safety violations.

“Workers should not have to choose between their livelihoods and their physical safety in a workplace,” said Rick Levy, president of the Texas AFL-CIO.

Abbott said that workers who refuse to go back because of virus fears could still get unemployment if they meet certain criteria, including lacking child care, being at higher risk for severe illness and death, or living with others who are at high risk or who have been exposed to the virus.

For most people, the new coronavirus causes mild or moderate symptoms, but older adults and people with existing health problems are at higher risk for more severe illness, including pneumonia.

Abbott has tried to find the sweet spot to reopen an economy that has suffered under the impact of both the coronavirus shutdown and the dramatic cratering of oil prices.

While President Donald Trump praised Abbott’s approach this week, conservatives have called for a much faster pace to a return to normal. Democratic leaders in the state’s biggest cities, where tighter restrictions have been superseded by Abbott’s order, have urged caution and more virus testing.

Copyright © 2020 by The Associated Press. All Rights Reserved.