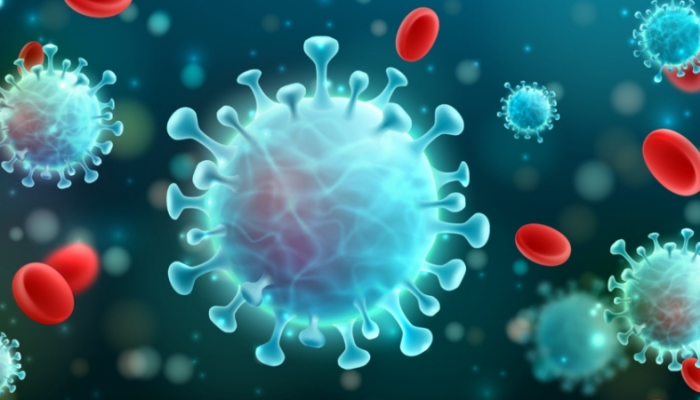 AUSTIN, TX — The number of cases of the coronavirus in Travis County increased by 118 in the past 24 hours on Monday, bringing the total count to 3,815. Moreover, one more person died of the contagious respiratory illness, bringing the overall fatality count to 98.

The figures are drawn from a statistical dashboard maintained by Austin Public Health. According to the data, 3,098 people have recovered after falling sick. Still, 89 are currently hospitalized — including 38 treated at intensive care units and another 25 placed on ventilators.

In posting the increased numbers, Adler pointed to a glimmer of hope amid the illness uptick in the form of a key metric: The latest seven-day daily average of new hospitalizations is 11, well under the threshold of 20 that would inhibit business expansion and potentially overwhelm hospital capacity, he noted. On Monday alone, ten more patients were admitted to hospitals, he added in pointing to the dashboard data.

For tonight’s #Covid19 update – the latest 7-day daily average of new hospitalizations is 11. Keeping this number under 20 is key – it increases chances we can continue to reopen while preventing our hospitals from experiencing an overwhelming surge in admissions (1/5) pic.twitter.com/e6sBWAo47L
— Mayor Adler (@MayorAdler) June 9, 2020

Ten more patients were admitted to hospitals on Monday, according to the data.

The recommended thresholds related to hospitalizations are informed by data focused on average hospital admissions in the Austin-Round Rock Metropolitan Statistical Area, officials explained. Understanding whether the 7-day average hospital admission number is moving up or down is critical in understanding what preventive actions to take and to avoid our hospitals from experiencing an overwhelming surge in cases, officials added.

“If our community wants to maximize the chances for successfully reopening the economy, then we each have to do our part — individuals and businesses — to keep daily hospitalizations from reaching 20 per day,” Adler said at the time. “We do this by rigorously following six-foot social distancing, wearing face masks, and getting tested and staying at home if you’re not feeling well. How important is it to us to maintain opening up the economy? We get to decide by our actions.”

The county’s 118-patient increase on Monday comes as Texas — the first state to start reopening its economy on May 1 — gains national focus for its increased rates of illness. Newsweek included the Lone Star State in a recent study of places with ever-increasing illness rates in the wake of Gov. Greg Abbott’s aggressive economic expansion.

Significant spikes in coronavirus diagnoses have emerged since Abbott announced the reopening — making Texas the first to reignite commerce with such action — as reported by Newsweek. Between March 1 and June 4, the state recorded 71,330 cases of the new coronavirus, according to the report.

Texas recorded spikes in new coronavirus cases in counties north of Houston, such as Grimes County that saw an increase from 14.5 reported cases two weeks ago, to a high of 58.4, while Walker County cases jumped from 41.7 to 186.1 cases, Newsweek reported.

AUSTIN, TX — Texas is gaining national attention for its uptick in cases of the coronavirus since the governor began aggressively reopening the state economy, including the illness count in Travis County nearing 4,000 as of Sunday.

According to a dashboard maintained by Austin Public Health, the number of respiratory illness grew to 3,697. The number of fatalities remained unchanged at 97.

On the positive news front, the updated data show 3,071 people have recovered from the illness. However, 87 people remain hospitalized — 40 at intensive care units and 25 on ventilators. The Hispanic population continues to be disproportionately impacted by the scourge of illness, representing 57 percent of all cases as illustrated on the statistical dashboard.

Don’t miss the latest coronavirus updates from health and government officials in the Austin area. Sign up for Patch news alerts and newsletters for what you need to know daily

Huge demonstrations against police brutality over recent deaths of men at the hands of police — including the April 24 fatal shooting of an unarmed man, Michael Ramos, outside a South Austin apartment complex — prompted local health officials to advise participants to get tested for the respiratory illness. During a protest on Sunday that drew thousands of participants, volunteers could be seen passing out protective face coverings to some demonstrators in addition to their distribution of bottled water and snacks.

The continual illness spikes in Texas prompted Newsweek to focus on Texas among a dozen other states experiencing notable spreads of the virus since governors started reopening their states’ economies. In Texas, Gov. Greg Abbott began to reignite the coronavirus-stalled economy on May 1, allowing restaurants, malls and movie theaters to open their doors again albeit at limited occupancy. The governor later upped allowable occupancy levels to 50 percent, doubling the level initially allowed.

Since then, Abbott has launched subsequent phases of economic reopening. Early on, he declared worship services and construction activity as “essential services” all but immune to guidance put forth by health officials seeking to mitigate the spread of illness.

Significant spikes in coronavirus diagnoses have emerged since Abbott announced the reopening — making Texas the first to reignite commerce with such action — as reported by Newsweek. Between March 1 and June 4, the state recorded 71,330 cases of the new coronavirus, according to the report.

Texas recorded spikes in new coronavirus cases in counties north of Houston, such as Grimes County that saw an increase from 14.5 reported cases two weeks ago, to a high of 58.4, while Walker County cases jumped from 41.7 to 186.1 cases, Newsweek reported.