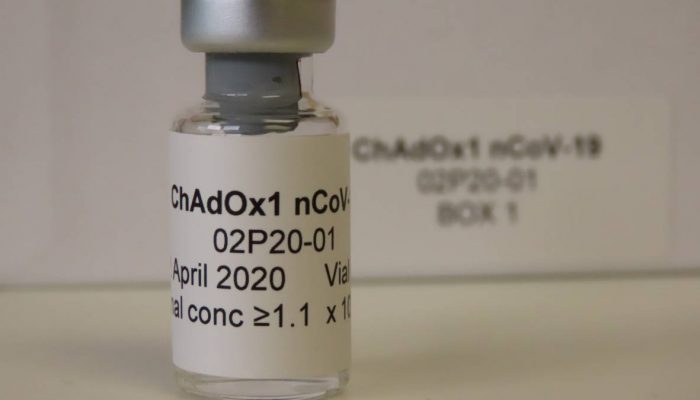 Britain’s Secretary of State for Health and Social Care Matt Hancock confirmed in today’s press briefing that clinical trials for a new Covid-19 vaccine will go ahead on humans in Oxford from tomorrow, Thursday.

The news that a new coronavirus vaccine had been developed and was ready for trial was reported by The Daily Telegraph earlier this week. Several research centres around the world are believed to be close to testing new drugs in the battle against Covid-19 but only the ones in England and Germany have stated they are ready to begin Phase 0 clinical trials on humans.

The ChAdOx1 nCoV-19 vaccine which will undergo the first phase of testing from tomorrow was developed at the University of Oxford which has been running five separate projects at their Medical Sciences and Research faculty out of a total of 21 which have been funded by the UK government. Oxford University received a large amount of the 24 million pound funding give to the Medical Research Council (UKRI) for their rapid response programme set up at the end of March.

One of the research projects in Oxford which will be staging the first trial this week is being run by the Jenner Institute and Oxford Vaccine Group. It is set to receive a further £20 million in funding from the Government.

UK Research and Innovation Chief Executive Professor Sir Mark Walport explained: “The research community’s response to the Covid-19 crisis has been outstanding. In a matter of weeks, researchers have formed projects to develop potential vaccines, repurpose existing drugs and explore the potential for new medicines, and to examine how the virus is transmitted and causes wide variation in symptoms. Pre-clinical trials of vaccines and clinical trials of drugs are already underway. The pace at which this work has been carried out is tribute to the UK’s world-class research base and its dedication to the fight against this disease”.

Phase 0 trials are conducted by administering very small doses of the drug to a small group – usually between 10 and 15 people, to make sure that the drug isn’t harmful to humans and to verify that it acts in the way investigators expect. New pharmaceutical products must be rigorously tested in subsequent trials – Phases I, II, III and IV before its long-term safety can be assured and the drug can be licensed.

New Coronavirus vaccine to be tested in Germany

This afternoon, the Paul-Ehrlich-Institut in Langen, Germany, also announced that it is ready to commence trialling its covid-19 vaccine on humans and has been granted authorisation to start testing.

While it is encouraging news that research has advanced at such a pace that the first human trials are already in motion, an effective vaccine probably won’t be available commercially until the end of 2021 at the earliest. The Oxford team hope to have a vaccine candidate ready by late summer.

Professor Adrian Hill, Director of the Jenner Institute, University of Oxford explained, “The aim is to have about a million doses by September once we have the results of our vaccine efficacy tests. Then we’ll move even faster from there, because it’s pretty clear that the world is going to need hundreds of millions of doses ideally by the end of the year to end this pandemic and let us out of lockdown safely”.

The Oxford University team’s experimental product, called ChAdOx1 nCoV-19, is a type of immunisation known as a recombinant viral vector vaccine and is just one of at least 70 potential Covid-19 candidate shots currently under development by research teams around the world. At the same time, in Langen near Frankfurt in Germany, the first trials of the Paul-Ehrlich-Institut’s BNT162 vaccine will be going ahead on 200 healthy volunteers aged between 18 to 55 years