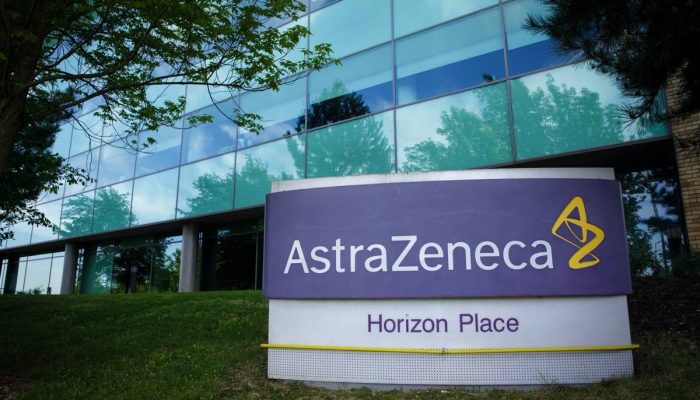 A brand new type of coronavirus treatment is gaining more traction among researchers: Monoclonal antibody therapies that can be used to treat COVID-19 patients and provide limited protection against infection.
AstraZeneca is also involved in testing such novel drugs, and the company just released more news about its progress on the antibodies it licensed from Vanderbilt University to test against COVID-19.
A promising therapy consisting of two antibodies will be tested on humans after the antibodies proved to be effective at neutralizing the virus in lab settings.

The first coronavirus vaccines might be ready for public use in late 2020, assuming everything goes well during the last stages of human testing, but it will take years for pharmaceutical companies to manufacture enough of the vaccine to meet demand. Immunizing the global population might be even more challenging if COVID-19 immunity turns out to be short-lived. Dr. Anthony Fauci and other experts warned that protection could last between six and twelve months, which is the case for the four known human coronaviruses that cause common colds. If that turns out to be the case for SARS-CoV-2, then people could catch the disease again after the acquired immunity wanes.

However, researchers studying new COVID-19 therapies aren’t placing all their eggs in the same basket. More than 130 teams are working on vaccines, but many hospitals are running trials with existing medicines that can be used to hasten recovery — remdesivir is one such example. More importantly, other researches are looking at brand new drugs that can combine the best of both worlds. They can both treat existing COVID-19 patients and provide limited protection to people who haven’t contracted the disease.

AstraZeneca announced on Tuesday that it’s going forward with six promising coronavirus-neutralizing antibodies of the more than 1,500 variations it had tested in lab conditions. The company licensed the antibodies from Vanderbilt University and evaluated their ability to inhibit the coronavirus. AstraZeneca signed an exclusivity deal for the six compounds and will combine two of them in a clinical trial set to start in the coming months.

The purpose of using both antibodies is to potentially increase the effectiveness of the resulting drug. The antibodies will target parts of the receptor-binding domain of the spike protein seen in the following illustration.

By preventing the virus from interacting with cells via the spike protein, these drugs would stop a critical step in the replication of the coronavirus. Antibodies prevent the virus from creating hundreds of millions of copies of itself. As a result, monoclonal antibody therapies could help COVID-19 patients recover faster, and boost the immunity of patients who are likely to develop complications, including the elderly and people with existing health conditions.

Monoclonal antibodies are somewhat similar to vaccines when it comes to providing protection to people who have not been infected. The difference between the two is that vaccines teach the immune system to produce its own antibodies, and the immunity lasts longer. Monoclonal drugs only lend antibodies to a patient, and once they expire, the protection wears off. The protection would be shorter than vaccines, but it could still save lives.

AstraZeneca says that the candidates it chose for the human trial have an extended half-life, as they’re “engineered using proprietary technology to extend their longevity in the body.”

These drugs may be enough to supplement vaccines and other therapies, and could very well replace them if vaccines aren’t available. Not to mention that monoclonal antibody treatments might turn out to be easier to manufacture and distribute than vaccines. Before that happens, AstraZeneca and everyone else developing similar courses of treatment have to prove the drugs actually inhibit the virus. The company has signed agreements with academia and US government agencies on the project.

Separately, AstraZeneca partnered with the team behind the famous Oxford vaccine and plans to produce hundreds of millions of doses if the vaccine proves to be effective.

Photo taken on May 18, 2020 shows a logo in front of AstraZeneca’s building in Luton, Britain. The Oxford University has confirmed a global licensing agreement with AstraZeneca, which will make 30 million vaccine doses available to Britain by September if the trials are successful, as part of an agreement for 100 million doses in total. Image Source: CHINE NOUVELLE/SIPA/Shutterstock

Chris Smith started writing about gadgets as a hobby, and before he knew it he was sharing his views on tech stuff with readers around the world. Whenever he’s not writing about gadgets he miserably fails to stay away from them, although he desperately tries. But that’s not necessarily a bad thing.

About the Author: Chris Smith