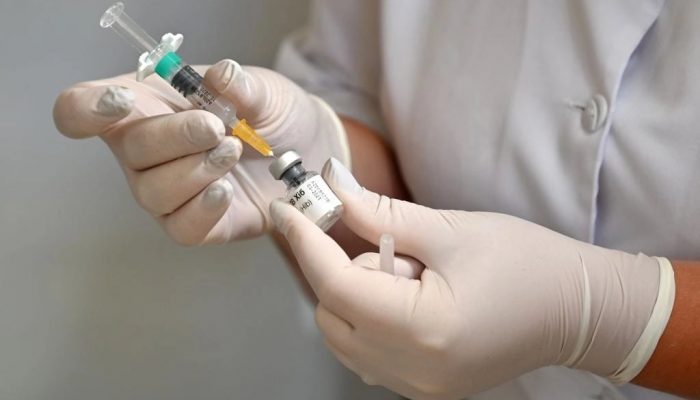 Scientists at Oxford University have taken a significant step towards developing a Covid-19 vaccine and remain on track to produce a “few million” doses by September if the inoculation proves effective.

Researchers at the university’s Jenner Institute are now considered to be among the most advanced in the global effort to develop a coronavirus vaccine, as dozens of teams race to produce a jab that will eventually bring the pandemic to a halt.

The Oxford vaccine has been able to leap ahead after the Jenner Institute’s previous work on inoculations for other diseases, including a close relative of Covid-19, confirmed the safety of the prototype and allowed it to move to tests to show that it is effective.

It has now emerged that tests of the vaccine on six rhesus macaque monkeys at a US laboratory in Montana have proved successful after the vaccinated animals remained healthy some 28 days after being exposed to heavy doses of Covid-19.

The New York Times reported that the results paved the way for initial human testing of the Oxford vaccine with a cohort of around 6,000 people to see if it provides immunity in communities facing the pandemic.

Dr Vincent Munster, who led the testing at the Rocky Mountain Laboratory of the National Institutes of Health, told the New York Times: “The rhesus macaque is pretty much the closest thing we have to humans.”

He added that achieving immunity in the monkeys was no guarantee that similar results will be achieved in humans. But even if the Oxford project fails, the tests will provide valuable data to other vaccine programmes about Covid-19 and its response to efforts to provide human immunity.

The results of the Montana testing, which will be shared with other scientists next week, mean that the Oxford vaccine could proceed to being manufactured at a scale of a “few million” doses by September if it is proven to work in human trials and is granted emergency approval by regulators.

The Oxford University team will now move to advanced testing of the vaccine – known as Phase II and Phase III trials – and are seeking an appropriate community where Covid-19 is still spreading.

Because ethical rules bar researchers from deliberately infecting anyone with the virus, they are reliant on locating areas where coronavirus is still moving through the population – a scenario made less likely in Britain by the success of social distancing measures in slowing the pandemic.

Professor Adrian Hill, who leads the Jenner Institute, said: “We’re the only people in the country who want the number of new infections to stay up for another few weeks, so we can test our vaccine.”

Dozens of teams around the world are currently pursuing vaccines for Covid-19 with several different types of inoculation being investigated. The Oxford project, based on previous work by Prof Hill and his colleagues to develop a malaria jab, will use a different virus from Covid-19 which has been modified to mimic the microbe causing the pandemic and safely trigger a response in the immune system.

In December, trials began in Saudi Arabia of a vaccine developed by the institute against MERS – another Coronavirus which has caused periodic outbreaks in the desert kingdom.

The urgency of developing a Covid-19 vaccine means the Oxford team, like several other competitors in China and America, is seeking to prepare for large-scale manufacturing even before the jab is proven.

The Jenner Institute has already signed manufacturing agreements with six drug companies across Britain, the Netherlands and Asia, including the world’s largest vaccine producer, the Serum Institute of India.

By having such deals in place, the British team hope to be able to rapidly scale up to the sort of bulk production that will be needed to meet global demand.

The researchers are preparing to have to set up testing elsewhere in the world, possibly in Africa or India, if the outbreak in Britain means there are no suitable areas for a trial.

About the Author: theipaper