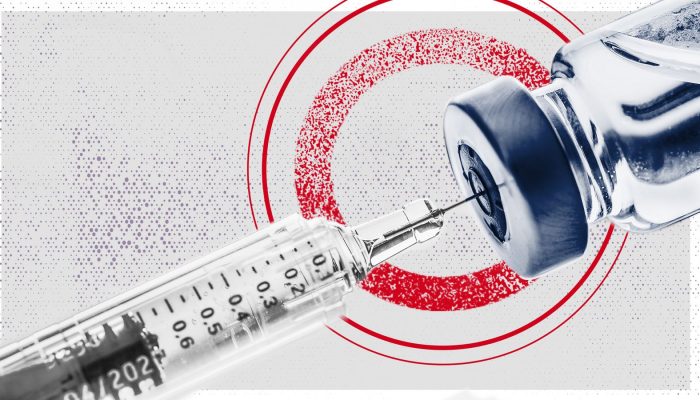 An urgent appeal has been issued for volunteers to take part in human trials of a potential coronavirus vaccine – with those who take part offered up to £625.

Teams at the University of Oxford and Imperial College London are each getting at least another £20m of public money after making “rapid progress” in the hunt for a COVID-19 vaccine, Health Secretary Matt Hancock has said.

With Oxford’s clinical trials due to begin on Thursday, Sky News looks at who is eligible to take part and how can people get involved.

Image:
A Oxford University scientist with some of the vaccine doses

What is the purpose of the human trials?

The University of Oxford says it is testing a new vaccine against COVID-19 in “healthy volunteers”.

The vaccine, called ChAdOx1 nCoV-19, is made from a harmless chimpanzee virus that has been genetically engineered to carry part of the coronavirus.

Professor Sarah Gilbert, from Oxford’s Jenner Institute team, told Sky News that she hoped “up to 500 people” would be part of its trial by the middle of May.

Who is eligible to take part?

Volunteers must be aged 18 to 55 and in “good health”, the University of Oxford says.

The tests will be carried out at Bristol Children’s Vaccine Centre, University Hospital Southampton and Imperial College London, which is also developing its own vaccine, with volunteers having to live in those city areas.

For the trials in the capital, people must live in north west, west or south west London.

There will also be trials at the Oxford Vaccine Centre with volunteers from the Thames Valley area, although they are not currently being recruited.

Who is ruled out of the trials?

People who have tested positive for coronavirus cannot take part in the trials, or those who live in the same household as any vulnerable groups at risk of “severe COVID-19 disease”.

Women who are pregnant, intend to become pregnant or are breastfeeding during the study are also ruled out.

Anyone who has already taken part in a trial with an adenoviral vaccine or has received any other coronavirus vaccines is also ineligible.

The University of Oxford says volunteers must be “healthy” and it has published an extensive list of conditions which would rule people out of the trials, including those with a history of cancer, severe allergic reactions, asthma or other serious long-term illnesses. For the full list, click here.

What does the trial involve?

Researchers plan to recruit a total of 1,112 volunteers, of which up to 561 will be vaccinated with ChAdOx1 nCoV-19.

The other 551 volunteers will be given a control vaccine.

The trial is due to last six months, with a further optional visit a year after being given the potential vaccination.

The number of visits required during the trial will vary between four and 12 depending on the groups that volunteers are assigned to.

Do you get paid for taking part?

The University of Oxford says volunteers will receive compensation of £235 for their “time, travel and contribution”.

However Imperial College London, which is one of the sites for the Oxford study, says volunteers can receive from £190 to £625.

The Imperial College NHS Trust are looking for healthy volunteers to participate in a #COVID19 #vaccine trial, for which they will receive up to £190-£625 reimbursement for time, travel and contribution to the trial. (1/2)

What are the advantages of taking part?

Researchers say the knowledge gained from the study will help develop a vaccine against COVID-19.

But the University of Oxford adds: “There are no direct benefits of taking part, however you will receive a full medical examination at your screening appointment as part of the study.”

Are there any risks?

The university says this is the first time the vaccine has been given to humans but similar vaccines have been “widely administered for many pathologies without significant safety concerns”.

It lists the “risks and side effects” of the trials as:

Slight pain and occasional bruising from drawing blood for samplesSome mild redness and swelling from injecting the vaccinationsPotential flu-like symptoms within 24 hours of the vaccinations, but researchers say they usually resolve within 48 hours

What will happen if volunteers drop out of the study?

The University of Oxfords says participation is voluntary and people are free to change their mind and withdraw at any time without reason.

Anyone who withdraws may need a follow-up visit for a check-up, it adds.

People who want to take part in Oxford’s human trial, and believe they are eligible, can volunteer through its website here.

What about the trials of Imperial College London’s potential vaccine?

A spokesman for Imperial College London told Sky News the human trials on its potential vaccine are due to begin in June and it has not yet started formally recruiting volunteers.

The team, led by Professor Robin Shattock from Imperial’s department of infectious disease, has been testing the candidate in animals since early February.

Results from the human trials could be available as soon as September, the researchers say.