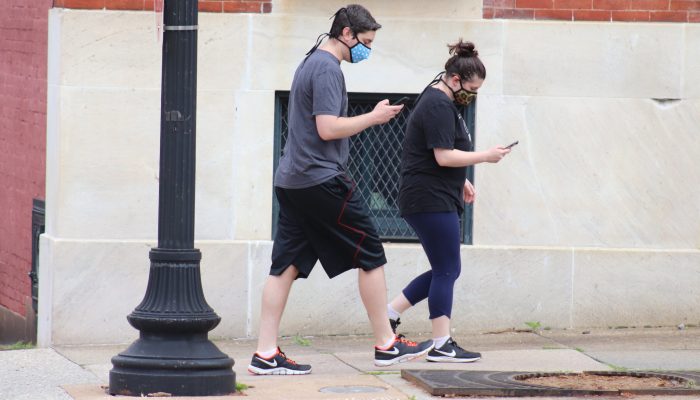 
Two researchers from the University of Texas Covid-19 Modeling Consortium told Council Tuesday that the orders from Mayor Steve Adler and County Judge Sarah Eckhardt to stay home and avoid spreading the virus have delayed and possibly even prevented a health care crisis in the region. Eckhardt and Adler issued the orders on March 17 closing most businesses and ordered all but essential employees to stay home beginning March 24.

The researchers also warned of serious consequences if the rules are relaxed too early.

Adler told his colleagues Tuesday, “Our community has done just an incredible job.” He said when the decision was made in March to close businesses and order people to stay home, “we had no idea” if Austin could actually implement the order. In fact Austinites stuck by the social distancing rules at a rate of more than 90 percent, he said.

“A lot of people were saying that 90 percent was something that could not be achieved,” he said. “The community just did an incredible job and worked really hard. It’s been incredibly disruptive and there are a lot of people hurting real badly as a part of that effort to get to 90 percent. But what we’ve learned is that we can do that.”

Not knowing which of those things is the most important, he said, makes it difficult to design a protocol for moving forward. “But we do have peace of mind that as we track the numbers, if we start heading for a New York-like spike, we have it within our power to be able to mitigate that and flatten that.”

Under the governor’s latest order, most businesses will be able to operate in some manner beginning Friday. That includes restaurants, which may serve customers at 25 percent of their normal capacity. Abbott’s order recommends but does not require face masks, which has caused some consternation, not only in Austin but also in San Antonio.

Adler told his colleagues that he was “concerned personally” that the governor has loosened the rules “a little bit early. I am concerned that they have gone too far, but the numbers will show us whether that’s true. I am really concerned when the governor suggests that we will know in a couple weeks how the new policies work – because we won’t.”

San Antonio Mayor Ron Nirenberg and Bexar County Judge Nelson Wolff ordered restaurants and bars to close to table service on March 18. Wolff told the San Antonio Express-News that “the worst decision that (Abbott) made was to not require the mandatory use of face masks.”

Relaxing social distancing measures on May 1 could lead to “a second pandemic wave unless the Austin-Round Rock MSA population continues to take precautions that reduce the risk of transmission by over 80 percent,” the UT researchers warned in their report.

Lauren Ancel Meyers, who led the team of researchers, modeled four different scenarios with different levels of isolation, testing and transmission of the virus. The data suggest that the current stay-at-home order “has resulted in a 94 percent reduction in Covid-19 transmission.”

Under a second scenario, starting on Friday, Austin relaxes social distancing and reduces transmission by only 40 percent until the end of September 2021. “In this case, the model projects a catastrophic surge in hospitalizations and deaths in late summer that far exceeds local health care capacity.”

In a third scenario, Austin relaxes social distancing starting on May 1, but maintains effective “cocooning” of high-risk populations and reinstates the stay-home quarantine when daily hospital admissions cross a trigger threshold.

Abbott said Monday that he would listen to his medical experts and make a decision about whether to further open the economy two weeks from Friday, anticipating that he could order further relaxing of the restrictions on Monday, May 18. However, Meyers indicated it would take longer to know how fast the virus was spreading.

If Austin is only reducing the spread of the virus by 40 percent, she said, “in May we may not see much. It will come on our radar in early or mid-June … when new hospitalizations cross 100.” At that time, officials could initiate a lockdown and wait until total hospitalizations fall below a certain safety threshold. Then once that lockdown is over, there could be a third pandemic wave in the fall, which would coincide with flu season.

In the fourth scenario, cocooning of the vulnerable population is only 80 percent effective, which increases the risk to vulnerable populations and the mortality rate goes up significantly. According to the report, schools would have to remain closed for much of 2020-2021 “and over 6,000 people would die.”

About the Author: Jo Clifton