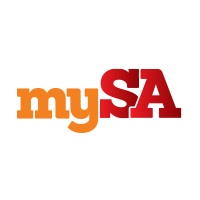 Department of Health spokesman David Morgan declined to identify the targets of the orders or why they were imposed, the Santa Fe New Mexican reported.

“The people we are isolating are entitled to privacy as their quarantine resulted from a medical issue,” he said. “Any patient in New Mexico is entitled to the same level of patient privacy.”

The Department of Health recently announced it would seek public health orders to force someone who tested positive for COVID-19 to remain isolated or quarantined if they refused to do so voluntarily.

Any offenders could be fined up to $5,000 and jailed for up to six months for each violation, and the state could seek multiple orders against the same person, department officials said.

State health officials on Tuesday reported the number of COVID-19 cases is approaching 3,000 while 110 people have died.

For most people, the new coronavirus causes mild or moderate symptoms, such as fever and cough that clear up in two to three weeks. For some, especially older adults and people with existing health problems, it can cause more severe illness, including pneumonia and death.

In other coronavirus developments:

— The state has received a machine that can decontaminate scarce personal protective equipment for reuse by healthcare worker during the outbreak, the Department of Health said.

The Federal Emergency Management Agency contracted with Battelle for 60 of the machines and then accepted applications to determine what states get them based on need.

— A chile farmer says his workers aren’t tending the fields because they’re worried about contracting COVID-19.

KVIA-TV in El Paso, Texas, reports Sergio Grajeda says fears over the novel coronavirus are keeping workers away from his farm in the Hatch Valley.

Grajeda has more than 100 acres of pecans and chile. He said he employs dozens of workers typically during the harvest. He had to tend to his own fields on Monday.

New Mexico Department of Agriculture spokeswoman Kristie Garcia says the state has not received this specific complaint but has guidance online for farmers and workers to stay safe.

County Manager Fernando Macias said he didn’t know whether county violated the order but that the county tried to structure the meeting as safely as possible.

Lujan Grisham spokeswoman Nora Meyers Sackett said audiences aren’t permitted under the order and that county and municipal governments are expected to follow it.

An audience of several dozen attended the meeting during which the board approved a resolution calling on the state to reopen closed businesses.

About the Author: San Antonio Express-News