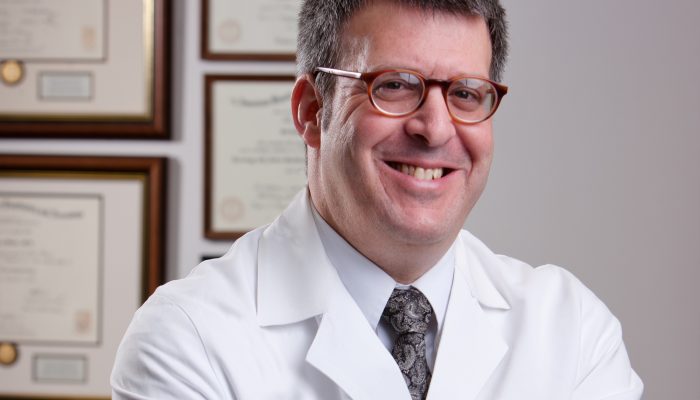 Asymptomatic carriers of the novel coronavirus. People who leave the house while sick and mingle with others. Those who don’t wear masks in crowded public places.

These are a threat to everyone when it comes to Covid-19, but of greater concern to those with an autoimmune disease.

Medications that keep such conditions at bay but weaken the immune system compound the worry, said Dr. Gil Wolfe, professor and Irvin and Rosemary Smith Chair of the Department of Neurology in the University at Buffalo Jacobs School of Medicine and Biomedical Sciences.

“It is a balancing act because you want to treat the disease but at the same time you want the patient to be able to build some immune response should they become Co-V2 infected,” he said.

Wolfe co-chairs the International Treatment Guidance Group for Myasthenia Gravis, and is a leading expert on the disorder that disrupts communication between the nervous system and muscles the body uses for movement that includes vision, chewing, speaking, swallowing and breathing.

He and fellow neurologists in Buffalo also practice in a region known for its prevalence of multiple sclerosis, in which the immune system attacks the central nervous system – the brain, spinal cord and optic nerves – and spurs symptoms that can include fatigue, numbness or tingling, walking or vision problems, pain and brain fog.

Even younger patients with the two conditions – and other autoimmune diseases – have a higher risk of a poor outcome if they contract the new coronavirus, said Wolfe, who practices at UBMD Neurology and is chief of neurology services at Kaleida Health.

There is no cure for many of these disorders, though medications can be used to limit symptoms and debilitating flare-ups.

Most of those medicines – including anti-B cell therapies – do so by weakening the immune system, which in multiple sclerosis, MG and several other chronic conditions otherwise would overreact to a perceived threat to the body, sickening patients.

A compromised immune system makes these patients more susceptible to bacterial and fungal infections, as well as viral infections including the novel coronavirus.

“Because both diseases are generated by the body attacking itself, there are a lot of similarities and how we treat them,” Wolfe said.

Like other specialists, UBMD neurologists adopted new biological treatment standards in March, after the pandemic swept into the U.S.

Wolfe is among those who for now have modified or delayed protocols that involve anti-B cell therapies – which reduce the number of white blood cells called B lymphocytes that make antibodies to battle infections, including Covid-19. In his case, the therapy is a twice-a-year cycle of infusion treatments with a medication called rituximab, which he has replaced with eculizumab, a treatment that operates in a different way.

Those who specialize in multiple sclerosis have swapped out anti-B cell therapies including ocrelizumab and instead are encouraging the use of other therapies including both new agents and older standbys such as corticosteroids like prednisone that impact B cells to a lesser degree.

Those who treat other autoimmune diseases are making similar recommendations or stretching time between treatments, Wolfe said.

All specialists who prescribe immunosuppressant therapies weigh the benefits against higher risks for contracting infections and developing some forms of cancer, especially lymphoma.

Wolfe has discouraged his patients from visiting with loved ones and most others for now, especially because recent estimates suggest up to half of those with the coronavirus shed it without showing symptoms. Outdoor visits should be OK, he said, if everyone is wearing a mask and keeping separated by 6 feet or more.

Those with an autoimmune disorder should talk with their doctors about how Covid-19 might impact treatment, Wolfe said.

“In general, guidelines suggest that patients on any immunotherapy need to be especially vigilant as far as washing hands, maintaining social distancing, avoiding public gatherings, crowds and public transport, and using telemedicine, which we’re doing across every subspecialty in my department,” he said.

When will the threat of Covid-19 ease for those with autoimmune conditions?

“Researchers are working on a vaccine now,” he said, “and these patients, even if they’re on immunotherapies, can take non-live viral vaccines. They’re going to need to be one of the first groups that get it, along with health care workers.

“Meanwhile, you have to have a majority people behaving. Every time you have somebody wearing a mask, it has the potential to reduce the spread.”

About the Author: Scott Scanlon