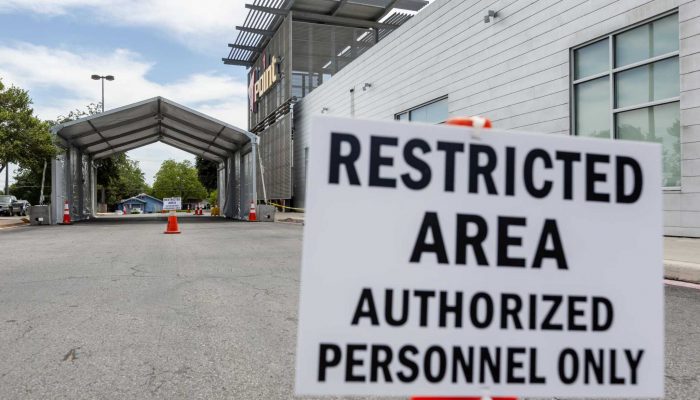 COVID-19 cases inched up in San Antonio on Monday, with a total of 1,029 people diagnosed with the virus, but no new deaths were reported.

The latest number amounts to an increase of just 14 cases since Sunday.

So far, nearly a third of those sickened by the virus have recovered.

On ExpressNews.com: Most San Antonians appear to be following new face cover rule

The number of COVID-19 patients hospitalized in San Antonio has held fairly steady in recent weeks. On Monday, 81 patients were hospitalized — the same number reported Sunday. Among those patients, 41 were in intensive care, while 25 were on ventilators to help them breathe, Mayor Ron Nirenberg said.

Nearly 20 percent of those patients diagnosed with COVID-19 in San Antonio have been hospitalized at some point during their illness.

Two of the inmates are in the hospital; the others are isolated in the jail infirmary.

So far, a total of 24 deputies and six other employees connected to the jail have become infected.

At the San Antonio Fire Department, one more uniformed employee tested positive, bringing the total number of firefighters with COVID-19 to five. Another 52 uniformed SAFD employees remained in quarantine after possibly being exposed to the virus.

Despite those numbers, the fire department’s service to the city has not been affected, a spokesman said.

At the San Antonio Police Department, the number of sworn police officers testing positive remains at six — the same number reported on Friday. The number of SAPD employees quarantined at home has increased slightly to 12. Eight of those in quarantine are sworn SAPD officers, while four are civilian employees.

In Boerne, two employees at Cibolo Creek Health and Rehabilitation Center tested positive for COVID-19, a city spokesman said Monday. All staff at that facility have been tested as a precaution. Neither of the employees who tested positive were showing any symptoms of the virus. Both are now quarantined at home.

All patients at the Cibolo Creek rehab facility are being tested as well. None of them are showing any symptoms of COVID-19, the Boerne city spokesman said.