Home Covid Treatments Covid 19 coronavirus: Vaccines and treatment are in development – But what is the world’s Plan C? 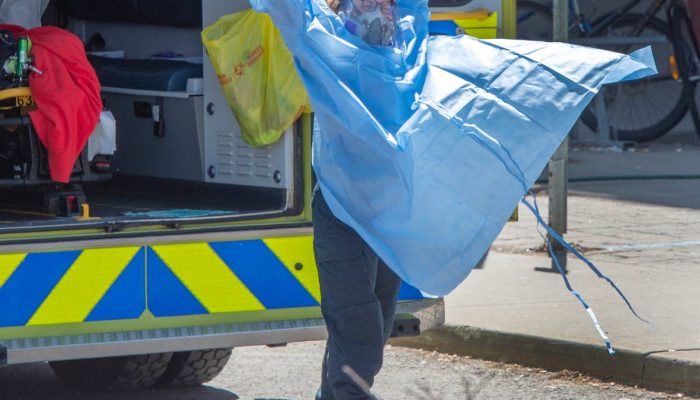 Will a vaccine save us from Covid-19? What about new treatments for its symptoms? Indications are, we may have to find a “Plan C”.

Billions of people are confined to their homes. They can’t go to the beach. The office. Or school. It’s the bluntest possible response to a viral pandemic.

It’s also the only sure-fire answer we have. Science takes time. Medicine takes time. Both need something to work with.

A human trial began in the UK this week with a vaccine derived from a chimpanzee virus. Photo / Oxford University / AP

While it’s still early days, Covid-19 may not be giving us much of that.

The World Health Organisation says only 2 to 3 per cent of the world’s population has developed antibodies to resist the virus. And we don’t know how long these last.

Meanwhile, we’re all hoping for a vaccine to be signed, sealed and delivered next year. Even if this happens, what do we do in the meantime?

Many drugs and treatments have been put forward. Several, including the antimalarial drug hydroxychloroquine, have already fallen by the wayside. Others are only just beginning the necessary clinical trials to guarantee they don’t do more harm to the sufferer than the virus itself.

And then there’s the holy grail: a vaccine.

Scientists the world over are racing towards this goal. Many contenders are already in the running.

But vaccine’s aren’t easy. None has ever been turned around in just 18 months. Most take years, if not decades, before they are reliable enough to be released for public use.

“We need to prepare for a world where we don’t have a vaccine,” Cambridge Institute for Therapeutic Immunology and Infectious Disease Professor Ravi Gupta told Huffington Post. “To base public policy on the hope of a vaccine is a desperate measure. We should hope for a vaccine but we shouldn’t expect one in the next year and a half. Anyone who says we can is bonkers.”

It’s been 40 years since the HIV-Aids virus erupted into the world’s awareness. There’s still no vaccine. Though there are interventions that choke its advances.

Don’t even mention the common cold. Why expect anything different for Covid-19?

Despite the paranoia of anti-vaccination movements, great efforts are made to ensure vaccines are as safe as humanly possible. Once it moves beyond the simulation and lab phase, a vaccine is tested in animals with similar biological mechanics to humans. That can take months.

Then small-scale trials are conducted on groups of volunteers, again to confirm its safety and effectiveness.

Once it passes this test, it then gets ramped up to several hundred test subjects. This is to check if the vaccine has a consistent effect across wide groups of the population.

A first responder gets ready to work in Montreal. Photo / AP

Only after this will phase three kick in, where its performance in several thousand people is closely monitored and analysed.

Some 100 Covid-19 vaccines already are in development around the world. At least five are in an early human testing phase. In Australia, the CSIRO has begun testing in animals.

“All new vaccines that come into development are long shots; only some end up being successful, and the whole process requires experimentation,” Oxford researcher Sir Patrick Vallance told UK media.

While the three testing phases can be sped up somewhat, there are limits. For example, the lifespan of the vaccine’s effect must be determined.

If it’s less than a year, it’s pretty much useless.

And the only way to figure that out is to watch it run its course.

There are options other than vaccines. It’s just that vaccines are by far the best option.

And hopes of a natural “herd immunity” forming among survivors may be fading.

WHO director general Tedros Adhanom Ghebreyesus has reported findings from studies around the world indicated low levels of natural antibodies being detected.

Social distancing, such as these people lining up at the supermarket, is here to stay leaders have warned. Photo / Paul Taylor

This means governments – such as the UK, US, Germany and Italy – hoping to issue “immunity passports” allowing the recovered to get back into the community and work may be in for a rude shock. They may not be immune. At least, not for long. We’re not sure.

“It’s a reasonable assumption that this virus is not changing very much. If we get infected now and it comes back next February or March we think this person is going to be protected,” says US Covid-19 medical health Adviser to the White House Anthony Fauci.

The WHO isn’t so sure.

“Right now, we have no evidence that the use of a serological test can show that an individual has immunity or is protected from reinfection,” a WHO spokeswoman countered.

In the absence of a vaccine, that leaves just medical intervention. That means effective treatments for those unlucky enough to catch a bad dose of Covid-19. We don’t yet have any.

Like Aids, medical researchers hold out hope a possible and effective antiviral can be found. This would suppress Covid-19’s advance through a sufferer’s body.

Other treatments could seek to limit the impact of a “cytokine storm” – when an immune system spins out of control in response to infection. Here, the body hurts itself instead of the virus. And vital organs can begin to shut down.

Just four months into the pandemic, little progress has been made on this front.

Social distancing, such as these people lining up at the supermarket, is here to stay leaders have warned. Photo / Paul Taylor

About 20 promising experimental drugs are under clinical trials. And even moderately effective treatments would be a welcome relief for intensive care units struggling under their load.

But, even if proven effective, production lines have to be built, supplies secured and distribution networks established.

Remdesivir is an experimental antiviral drug. It’s undergoing testing in Europe, the United States and China. While early results are promising, it will be another three months before enough data is collected for a reliable performance indicator.

The much-touted hydroxychloroquine anti-malaria drug is on the brink of being discarded. Early tests have largely been negative, with little or negative results among patients. But testing is ongoing around the world.

Actemra is designed to tackle cytokine storm immune responses in cancer patients. It’s also being tested in Europe, the US and China for its potential impact on Covid-19.

Blood plasma from recovered Covid-19 patients is hoped to introduce fresh antibodies to fight the virus in sufferers. It’s a technique that’s been used for more than a century, and generally has few side effects. Indications are so far positive, but getting enough to treat a full-blown pandemic is unlikely.

Until medical science can deliver on either or both of the above, we may have to resort to much blunter tools.

“The curve of the Covid-19 epidemic has been flattened in many countries around the world, and it hasn’t been new antivirals or a vaccine that has done it,” Bond University professors Tammy Hoffmann and Paul Glasziou write.

“We are being saved by non-drug interventions such as quarantine, social distancing, handwashing, and – for healthcare workers – masks and other protective equipment.”

Viruses cannot replicate if they cannot find new hosts. So basic social/physical distancing measures and hygiene hyper-awareness may have to be maintained for some time.

Lifestyles may have to change.

World Health Organisation spokesman Takeshi Kasai summed it up when he told an international media briefing that the world must adapt its lifestyle.

No parties. No sports crowds. No crowded cafes or bars.

“At least until a vaccine, or a very effective treatment, is found, this process will need to become our new normal,” he said.

But the Bond University professor says these measures must themselves be better understood.

They need to become more than just a blunt instrument.

“The world has bet most of its research funding on finding a vaccine and effective drugs. That effort is vital, but it must be accompanied by research on how to target and improve the non-drug interventions that are the only things that work so far,” they write.

Does soap work as well as a sanitiser? What sort of mask works?

How long does the virus remain contagious when on a surface, or packaging?

“These are just are some of the things that we don’t know about non-drug interventions … We need the answers now.”

The professors say the problem is we’re not certain what practical measures are effective or not. And what research does exist is either incomplete or of poor quality.

“If an effective vaccine or drug doesn’t materialise, we will need a (plan) that uses only non-drug interventions. That’s why we need high-quality research to find out which ones work and how to do them as effectively as possible.”

Jamie Seidel is a freelance writer.