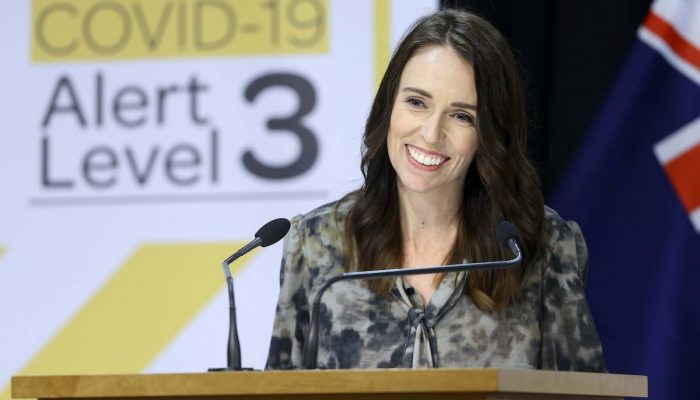 As New Zealanders flock to fast-food outlets and sip on takeaway coffees on the first days of ‘Threedom’, health chief Ashley Bloomfield has acknowleged the number of Covid cases might bump up.

The director-general of health, who himself indulged in a level 3 takeaway coffee, reiterated: “Elimination is not eradication.”

Bloomfield told Newstalk ZB’s Mike Hosking today he did not believe he had “got ourselves into a pickle” over the use of the word elimination – “I think we got ourselves out of a pickle with where coronavirus was heading”.

He said the World Health Organisation had praised New Zealand’s efforts, but that also came with a warning “not to take the foot off the pedal”.

Elimination, he said, was not a point in time but a sustained effort – to keep Covid out of the country and to stamp it out as cases arose. “It’s like killing weeds on your lawn, you can kill them all but they sure as heck will pop up again.”

He shared the PM’s aspiration to get down to level 2 as quickly as possible – that would depend on Kiwis’ behaviour over the next two weeks, especially in regards to physical distancing. “That’s going to be the big one.”

The number of New Zealand cases might increase, Bloomfield acknowledged. Asked what number would re-trigger concerns – whether it be 10s or 100s – Bloomfield said the rate of increase and source of infections would be the key factors. “Critical is knowing where they have come from. If it’s from a known source, that’s much more comfortable than if they are popping up out of nowhere.”

There was a huge international effort under way to develop a vaccine, with more than 100 trials.

Despite New Zealand effectively eliminating Covid, Ardern warned the fight wouldn’t be over until there was a vaccine.

Elimination did not mean a point in time, instead would be a sustained effort to stamp out every new case, she said.

New Zealanders yesterday celebrated the first day out of full lockdown by flocking to fast food chains, local cafes or the beach.

About 75 per cent of the economy is back under way with about one million Kiwis back at work.

But as people took to their cars to head back to their jobs or to join the bumper-to-bumper queues at the drive-throughs, many were caught short.

The Automobile Association said it had a record-breaking day – it was expecting to attend up to 1800 jobs by midnight, with 80 per cent of those being flat batteries.

And while the number of global cases went past three million, New Zealand had its10th straight day of single-digit coronavirus cases, with just three new cases reported on Tuesday afternoon – and just 239 active cases in total.

More than 80 per cent of cases have now recovered but there were nine people in hospital, including one person in intensive care in Middlemore Hospital in Auckland.

Meanwhile, the police revealed there had been more than 5800 breaches of the lockdown during alert level 4, with most culprits coming from Counties Manukau and Wellington.

Police Commissioner Andrew Coster said the sacrifices Kiwis had made for 33 days had made a real difference, but cautioned alert level 3 wasn’t a time to get complacent.

Bloomfield also warned against congregating outside takeaway joints or cafes and clarified that achieving elimination wasn’t a singular goal, but an ongoing and sustained effort.

Elimination did not mean eradication and the fight was done and dusted, he said.

“Elimination is not a point in time.

“Our elimination goal continues into alert level 3, and to maintain that we need to be even more vigilant.”

Overseas experience showed how quickly case numbers could rise again if “we take our foot off the pedal”.

New Zealand’s final days in lockdown saw an Anzac Day unlike any other, cautious optimism from leaders that we have eliminated the virus, and backlash from the opposition. Video / Chris Tarpey / Mark Mitchell / Kasun Rubasinghe

After Ardern declared on Monday that the virus had been eliminated in New Zealand, a number of overseas media outlets reported we’d won a major battle.

“There is not one point in time that this mission ends now.

“Yes, we have [had elimination] in lockdown. The goal now is to keep up that work. We are now in the next phase of that battle and we are not done.”

New Zealand’s lockdown had achieved the goal of eliminating community transmission but there may still be some “smouldering ashes” of Covid-19 and given the chance they had the potential to become a wildfire, Ardern said.

“We will have to keep stamping Covid out until there is a vaccine.”

During a hearing of the Epidemic Response Committee, a co-owner of Glenfield mall in Auckland, Dallas Pendergrast, was highly critical of the Government’s treatment of small and medium businesses during the lockdown.

She went as far as to call Ardern’s public gratitude to them “an insult” and said the current Covid-19 situation was “no risk to anybody”.

“It’s been dramatised out of proportion.”

At the post-Cabinet press conference, Ardern said the continuous goal of elimination was why some businesses had to stay shut at alert level 3.

Unlike offices, hospitality and retail customers and staff would interact with a lot of people daily which risked transmission and made contact-tracing more difficult, she said.

The public would at least be given 48 hour’s notice about when we’d move down to alert level 2, she said.

And when asked whether the Government would provide cash grants or interest-free loans, Ardern said they were looking at what specific support could be offered after the wage subsidy dried up for businesses that were “vulnerable but viable”.

She urged commercial landlords to come to a workable arrangement for their tenants, but did not say whether the Government was considering legislative changes to enable commercial rent freezes.

The Government also yesterday announced 35 new employment centres across the country, and an online portal to connect employers with job seekers under a “Keep New Zealand Working” tag.

The bite of the lockdown is becoming even more apparent, with benefit numbers rising – almost 7,000 went onto the Jobseeker Support last week.

Ministry of Social Development Minister Carmel Sepuloni said the impacts of Covid-19 restrictions meant unemployment would rise before it improved.

“The increase in benefit numbers was expected. It’s a global phenomenon.”